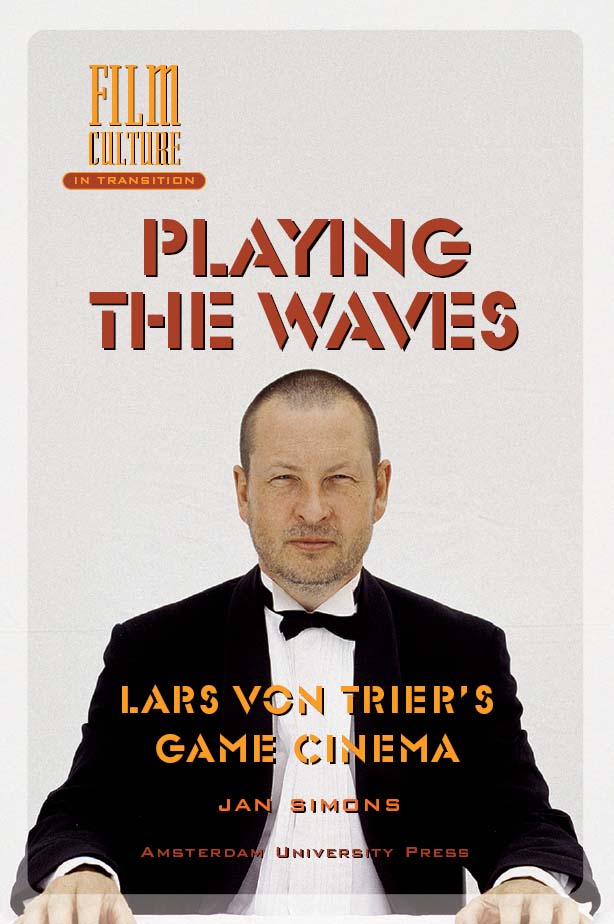 About the book
Although Dogma 95 has been hailed as a re-edition of Italian neo-realism and the French nouvelle vague upgraded for the digital era, this book argues that Von Trier pursued another agenda. Dogma 95 was not an exceptional phase in Von Trier’s career, as it was for the other co-founders of this Danish film movement, but rather the most explicit formulation of Von Trier’s approach of film making as a rule-bound and ludic practice.

Von Trier radically transposed the practice of film-making and the aesthetics of film right into the paramount genre of new media: games and gaming. Moreover, the much overlooked method of editing Von Trier developed transforms film from a medium that is supposed to represent the real into a portal to the virtual.
The launching of Dogma 95 itself and the Dogma Manifesto were conceived as a game, and Von Trier brought forms and structures of games to bear on his films, and drew some surprising lessons from economic and evolutionary game theory.
This book argues that Von Trier’s films can be better understood from the perspective of new media theories, games studies and game theory than from the point of view of traditional film theory and film aesthetics.

About the author:
Jan Simons is Associate Professor of New Media Studies at the University of Amsterdam