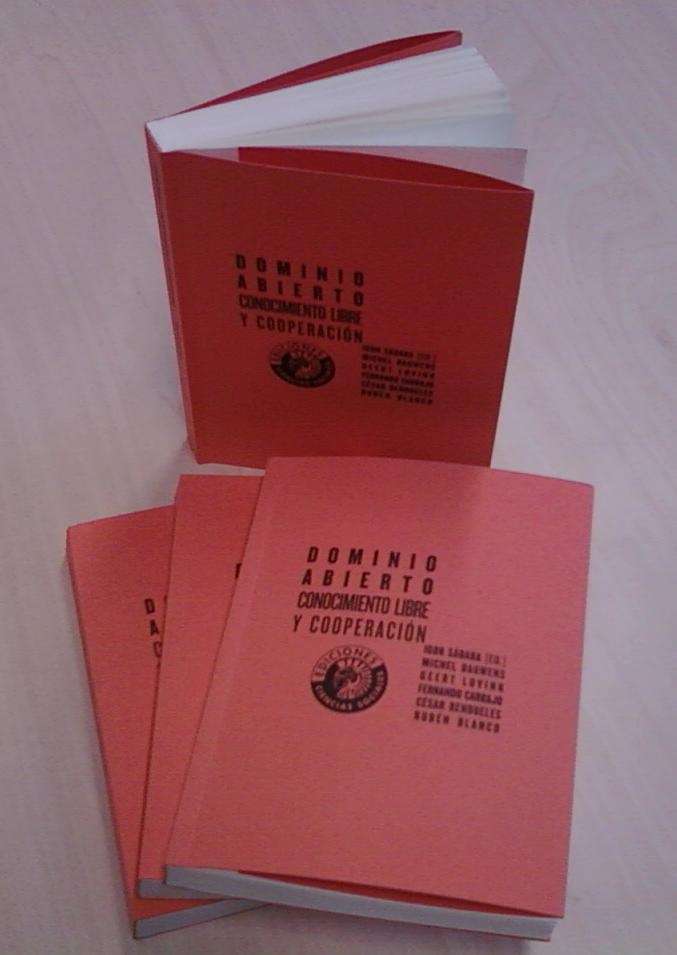 The texts in this booklet show different perspectives about transformations of cooperative forms of creation, dissemination and access to culture.

In recent years, the cultural debate has been revitalized by the analysis of the new cooperative forms of creation and dissemination of objects and processes, artistic, scientific or social. Either explicitly or tacitly there is a widespread community of users and creators of cultural products not only in content but also on how the partnership can help their social development and distribution.

In the artistic field, users of P2P networks and the development of platforms where developers offer their works with non-restrictive licenses are above the unavoidable rise of social tools of cultural cooperation of Web 2.0 features. In the field of dissemination of knowledge, the Wikimedia Foundation or the open-access digital repositories are already consolidated realities that are transforming the way of disseminating scientific advances, not to mention the free software revolution, which has significantly altered the perception traditionally competitive technological innovation.

Faced with diagnosis of emergency – catastrophic or utopian – the supporters and detractors of these changes need frameworks for discussing about new partnerships in social, cultural and scientific environments.

More information about the book can be found here:
http://www.circulobellasartes.com/ag_ediciones-libros.php?ele=85