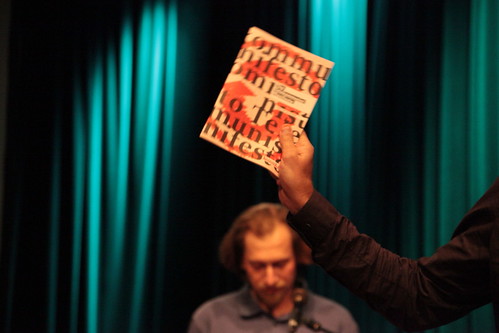 Dymitri Kleiner is used to writing code, not books. However the texts that he was spreading around the Internet, inspired a lot of practitioners in the field of the free and open. One of those practisioners and friend of Dymitri, Matteo Pasquinelli, eventually took the effort in gathering all of Dymitri’s texts that were scattered online. It took a long time to finally connect the pieces and transform the texts into a book. Now finally, The Telekommunist Manifesto is ready to be presented.

About the publication
The Telekommunist Manifesto is a key contribution to commons-based, collaborative and shared forms of cultural production and economic distribution. Dymitri Kleiner goes beyond understanding conflict and property in an age of international telecommunications, copyright and capitalisation of intellectual property in that he offers alternatives to truly grasp the revolutionary potential of the internet for a free society. The alternatives are reflected in the idea of ‘venture communism’, a new model in which workers organize themselves and buy back little sections of capitalism, step by step. Also copyfarleft is proposed as an alternative to the creative commons (or ‘copy-just-right’ as Dymitri coins it). Copyfarleft truly enables workers to create and produce by explicitly allowing commercial use. 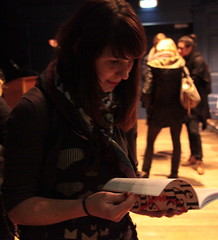 In his presentation earlier that day a rather intense discussion was raised about the copyfarleft and Dymitri’s critique on the creative commons. I would recommend everyone interested in free culture and copyright to read The Telekommunist Manifesto in order to try and understand the perspective of an activist and practitioner in the field. You can download the .pdf here.