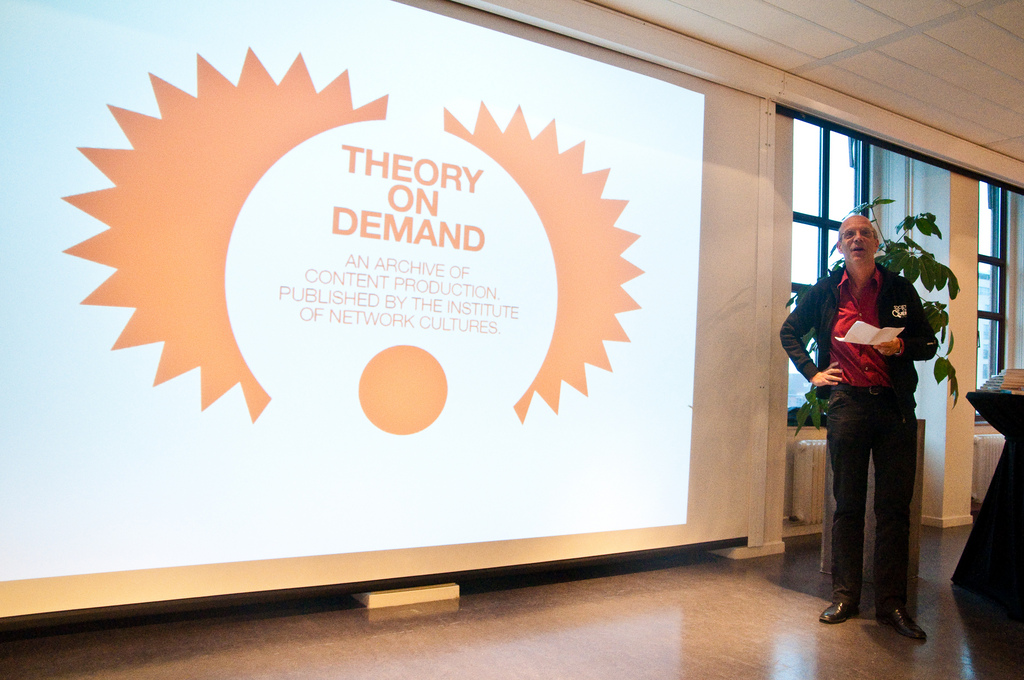 Margreet Riphagen is the Institute of Network Culture’s project manager and the editor of the Theory on Demand book series. Here she explains TOD project’s background and how it operates as action-oriented research – and also proof the exploding possibilities for publishing today.

Can you explain the ‘On Demand’ part of the Theory On Demand project?
We decided to begin Theory on Demand because people so often request books from INC, but we’re unable to charge for them. HvA (Hogeschool van Amsterdam, INC’s affiliated institution) has a complex financial system, making it too complicated for us to profit from book selling, and invoicing for a book costs more in terms of human labor than we’d earn by selling it at cost. If you ask ten euros plus shipping for a book, you have to handle enormous amounts of paperwork and accounting through a slow, central financial department.

So instead of shipping print books from INC’s Amsterdam office, we’re making our books available online as a PDF, so people can order a printed copy online and get the books shipped within their own country. We put the entire INC collection on Lulu and Open Mute, and on our website people can also download PDFs. In this way books that aren’t in stock anymore can still be downloaded and ordered.

Lulu’s services are still not very common, and people aren’t yet aware of possibilities of print on demand. But we’re anticipating that this will change soon. We also think we can begin meeting a demand for authors who have a lot of articles to publish and want to explore collecting them into a longer format. Geert came up with the idea that TOD would give authors the possibility to collect all their articles together for publication, especially since it’s hard to find a print publisher to do this.

Why do some of your authors have a hard time publishing with a traditional print press?
These are really specific topics that aren’t for a mainstream, wide audience. Also, an article by itself may not get any notice, but we can work with editors to make compilations. For example, we have a book about the Turkish perspective on new media in a collection of 20 authors. In the end it’s a nice book but individually they might have a hard time publishing their work.

Also, we’re here in case authors want to do reissues. With issue six, Tom Apperley [Gaming Rhythms: Play and Counterplay from the Situated Global], it was published before, but the publisher didn’t want to print a second addition. So we got permission to publish it again.

How do you select titles? Are you approaching people or do they come to you?
We haven’t had to approach many people; mostly authors come to us. There are three or four possible upcoming titles to publish. Patrick Lichty, Josephine Bosma, Sebastiaan Olma, Fran Ilich and Rasa Smite are scheduled to launch before the end of the year.

So far it’s a bit random. The first two or three Theory on Demand books were from people closely affiliated with INC. The very first is Geert’s PhD thesis [Dynamics of Critical Internet Culture (1994–2001)], and we asked Joost Smiers to publish his book [co-written by Marieke van Schijndel: Imagine there are is no copyright and no cultural conglomorates too…Better for artists, diversity and the economy. an essay]. Geert often finds interesting work, and sometimes with my advice we come to a conclusion to publish something.

The main condition is that the text is finalized with footnotes in one document. It’s more this formal criteria than the content itself that decides if something is ready to be published. We are trying to make helpful and clear guidelines so that people can send texts that fulfill the style guide. We hardly edit right now. We want to do more to prepare manuscripts, but at the moment we don’t have the resources. We ask the authors to send a completed and properly formatted text based on a style guide we’ve created. Then we convert it into a format that a designer made specifically for this series.

Now that people see we’re giving authors a chance to publish, we have a lot of requests to publish books both in English and foreign languages. Currently we’re prioritizing English texts to have it a bit more mainstream and because we are more able to edit these contributions, but in the future we’ll begin issuing different languages. 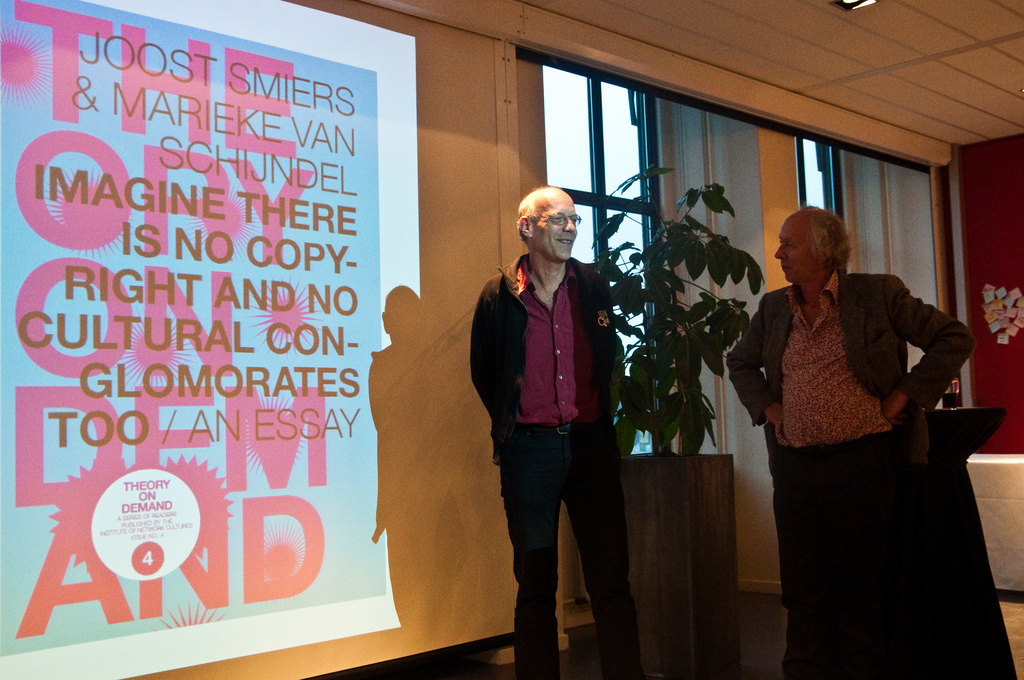 Aside from the INC affiliation, what value does TOD bring to a work that an author may not get by self-publishing?
The jacket design and layout, for one. It’s always nicer to send something beautifully designed than a word doc or PDF, even though it’s the content that matters.

We’re also creating a small, centralized library where a lot of new media theory can come together, and this potentially brings in more traffic. We issue TOD along with other INC Time and Motion: New Media Critique fromTurkey, Ankara (2003 – 2010)], all the people included will use that PDF to distribute the book among their own network.

Do you see this ever becoming a profitable model?
For academics, universities, and high schools, the books can be useful, but I don’t think it will be profitable on the normal book market because it’s niche. But people who are interested in it are willing to pay a small amount for the books. I conducted a survey and found that with the INC Readers people don’t mind paying 10 or 15 euros for them. I’m not sure how prices will evolve for printed book compared to online PDFs and e-reader formats, but that would be interesting to research.

We want to make nice files for e-readers, which demands a different technical process for a different medium. We could potentially make money from downloading for an e-reader. But also here it is difficult within the current infrastructure of the HvA to gain an income from this.

For me it’s interesting to see where this goes, if we’ll start getting weekly request for authors of their books or authors being published. But we haven’t gotten to that point yet. We applied for some funding to turn our publishing projects into a research program – not only about print on demand, but also the future of ebooks. We can use TOD to gather logistics on why people order certain books.

When we published van Kranenberg’s Internet of Things, for instance, we asked people when they requested the book if they could tell us where they’re living so we could get a geographical picture of where the book were going. I’d really like to get a plug-in that shows were people are living who are downloading the PDF’s. If more people are downloading TOD in western side of world, maybe we should publish something focused on the eastern part. We could map out which topics are hotter in various countries.

So besides experimenting with the new possibilities, we can conduct research on the project. It’s action-based research – doing by practicing.