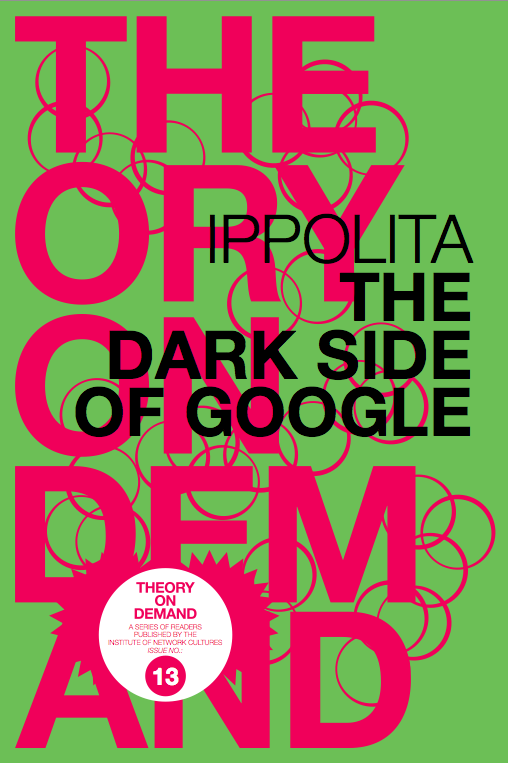 The Dark Side of Google by Ippolita was published as #13 in the INC series Theory on Demand, October 2013. Read the book online, download the PDF, or order your copy through print-on-demand.

In The Dark Side of Google Italian writers’ collective Ippolita provides a thorough, fresh analysis of what is behind the universe of Google and the metadata industry. In recent years Google has established itself as a major point of Internet access. We have progressively adapted to its sober, reassuring interface and its advertisements (discretely off to the side, yet always present). We have adopted its services and the habit of using it to the degree that ‘googling’ has become a form of behavior: ‘If you don’t know what it is, Google it!’

Google shows mastery in taking advantage of our need for simplicity. We sit in front of a colossus, an incredibly pervasive system of managing knowledge, comprising aggressive marketing and shrewd management of its own image, and the propagation of highly configurable interfaces that are still implacably recognizable. What is more, Google co-opts methods for developing Free Software, the use of futuristic systems for gathering and storing data. What lies behind the most consulted search engine in the world?