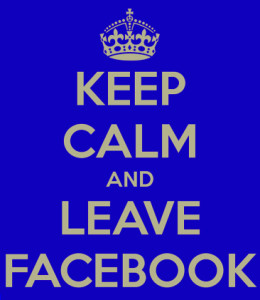 For those who aren’t nerds, hackers or cryptographers and have better things to do than keep up with the pitfalls of digitalization every hour, there are ten simple rules to resist exploitation and surveillance:

1
If you own a mobile phone, throw it away. You had a life before this device, and the human race will continue to exist after its disappearance. One should avoid the superstitious worship that it enjoys. Neither those devices nor their users are any smart, but only those who market them  to us in order to accumulate boundless riches and control ordinary people.

2
Whoever offers something for free is suspicious. One should categorically refuse anything that passes itself off as a bargain, bonus or freebie. It’s always a lie. The dupes pay with their privacy, their data and often enough with their money.

3
Online banking is a blessing, but only for secret services and criminals.

4
Governments and industries want to abolish cash. They would like to get rid of a legal tender that anyone can redeem. Coins and bills are annoying for banks, traders, security and fiscal authorities. Plastic cards are not only cheaper to produce. Our watchdogs prefer them because they allow the tracing  of any transaction. Therefore, we all should avoid credit, debit and loyalty cards. These permanent companions are bothersome and dangerous.

5
The madness of networking every object of daily use – from toothbrush to TV, from car to refrigerator – via the Internet can only be met with total boycott. Their manufacturers don’t give a single thought to privacy. They have only one vulnerable body part, their bank account. Only bankruptcy will teach them.

6
The same applies to politicians. They ignore any objection to their actions and omissions. They are submissive to the financial markets and don’t dare to go up against the activities of secret services. But they have a vested interest to be reelected. As long as the right to vote still exists, one should deny anyone the vote who tolerates digital expropriation instead of taking action against it.

7
E-Mail is nice, fast and free. So watch out! If you have a confidential message or don’t want to be surveilled, take a postcard and pencil. Handwriting is hard to read for machines. Nobody suspects important information on a 45 cent picture postcard. You don’t have to resort to a dead drop like in old-fashioned spy novels.

8
Avoid obtaining goods and services via Internet. Vendors like Amazon, Ebay and so on store all data and molest their customers with advertising spam. Anonymous shopping is better. Acceptable exceptions can be made for individual sites that one knows well.

9
Just like network television, the big Internet corporations are primarily financed by advertising. This way, they steal their customers’ time and attention. Someone who ceaseless yells at you and molests you deserves punishment. It’s recommendable to stay away from everything marketed this way and switch off, once and for all, the stations terrorizing you with advertising. This should not only be done for hygienic reasons. As we know, particularly the American mega corporations closely collaborate with secret services to spy out and control, if possible, any human activity.

10
Networks like Facebook call themselves “social” despite their eagerness to treat their customers in the utmost anti-social ways. Whoever wants to have friends like this is a hopeless case. Those who are unfortunate enough to be part of such a company, should try to take flight as fast as possible. This is not so easy. An octopus won’t consent to letting his prey escape.

These simple measures can’t solve the political problem that society is faced with. Given the passiveness and servility of the parties ruling this country [the coalition of Christian and Social Democrats in Germany], it’s remarkable enough if one notable politician speaks up. His name is Martin Schulz, and he’s not only president of the European Parliament but even a Social Democrat. Until now, neither he nor his party objected to the rampant security and control mania in any remarkable way. All respective violations, no matter whether foreign imports or domestic products of German workmanship, have been given the nod. Storing data, intercepting, appeasing – the standard procedure.

The sleep of reason will continue to the day when a majority of this country’s citizens will experience firsthand what has been done to them. Perhaps, they will rub their eyes and ask why they let it slip in a time when resistance was still possible.