On Friday 25 September the Facebook Liberation Army made fresh calls to arms at the Discovery Festival in the science centre Nemo, Amsterdam. 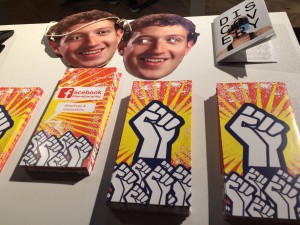 Armed with pamphlets, zines and instructions on how to leave Facebook the resistance came disguised as Mark Zuckerberg. Many new rebels were enlisted in the Facebook Liberation Army and alternatives to social media platforms were discussed. 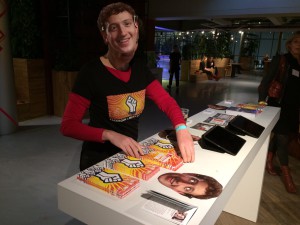 As well as offering advice on alternatives to Facebook the army also presented zines from The immaterial Labor union – a collective aimed to galvanize the workers of Facebook – initiated by Lidia Pereira. The evening was a resounding victory with even some people deciding to deactivate their Facebook accounts right their and then, serving to go on with their lives without negotiating Facebook’s terms of service. 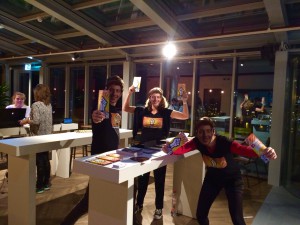 Stuck on the Platform: A Night of Raving Against the Internet