Conversations on publication platforms are slowly turning into a dying breed. With several popular publication platforms and blogs permanently closing up their comment-sections, the means by which people engage with a publication on the web is changing (Elis, 2015; Gasthuis, 2013; Sweney, 2016). Discussions through comments, currently the most used conversation method on online publication platforms (Moosa, 2014), are often multilogue (“Multilogue”, 2007), involving many participants approaching a topic from different points of view. They are usually formally structured and consist of defending one’s own propositions (or those of an author) and attacking the propositions of other discussers with arguments (Conklin, 1902). Though not always in bad taste and, at times, providing interesting insights, they are generally loaded with competitiveness and allow abrasiveness and annoyances to win from truth and reason (Hamilton, 2016) (and of course there is also the under-the-digital-bridge-living participant. I won’t add those to the story, for now). 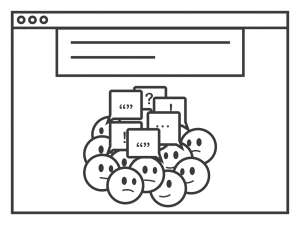 Another form of conversation that is akin to discussions, is dialogues. Dialogues are established with two people. Its participants are more likely to follow rules of social etiquette because they often have social ties with one another (or the space they are in requires it) (Isaacs, 2008). Just like a discussion, a dialogue is a formal system of reasoning that arrives at a truth by the exchange of (logical) arguments. The big difference between dialogues and discussions is that the participants of a dialogue have been selected to participate for certain motivations, while the online discussion is often open for everybody to join. Dialogues are currently still an untested rarity on the world wide web and could pose as an alternative for online discussions on publication platforms. 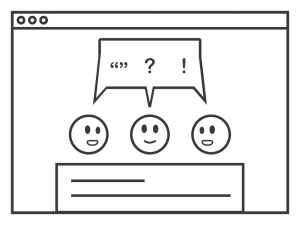 Investigating real world dialogues to transfer them to the digital world in an as natural way as can be achieved, could open up new possibilities. Digital human-to-human dialogues (DHtHD) could prove to be a way of interacting with one another by a means that generates new insights that other ways of communicating through interfaces don’t generate. Or perhaps come closer to providing insights that real world conversation offers in a situation where it is not possible to be near one another. Despite the fact that digital conversations do have limitations when compared to real-world conversations, they also have benefits, such as:

– lowering the threshold to participate
– easily sharing multimedia content and sources,
– reliving all parts of a dialogue in the exact environment that it took place at all times without degradation,
– possibility to take place over longer periods of time and distance.

Even its digital disadvantages:

– not always knowing who you are talking to,
– lack of emotion and tone of voice,
– and a need for greater bandwidth to transmit information,

could possibly be lessened by the interfaces that are used during a digital dialogue.

The objective of this research is to find out how dialogues can be digitalised and turned into a format for publication in an as natural way as possible. Eventually these dialogues should be able to take place and exist alongside regular articles and blogposts on a publication platform.

Current research findings obtained through casestudies, interviews, and generative sessions show that there is a lot of ground to be gained when it comes to dialogues on publication platforms. Amongst the participants were: affiliated researchers of the Institute of Network Cultures, web-authors and digital media and communication students. The participants:

– dislike it when their publications get besmirched with comments, annotations and highlights,
– are entertained by seeing dialogues take place,
– don’t want to interact with everybody (at the same time),
– want to know who they are talking with,
– and need a medium to connect with people to obtain interesting stories and data for their research.

The findings should not be taken as definite truths and are only truly applicable on the participants; but they do show that there are opportunities that make it viable for a DHtHD system to be researched and prototyped more thoroughly .

In the next stages of this research, dialogues will be closely examined to find out what their unique characteristics are, and how these can be translated into a digital format in an as natural way as possible. The results of this will be formulated into design guidelines to work with throughout the development of a prototype for the DHtHD system. From here on the prototype will be tested and iteratively improved upon.