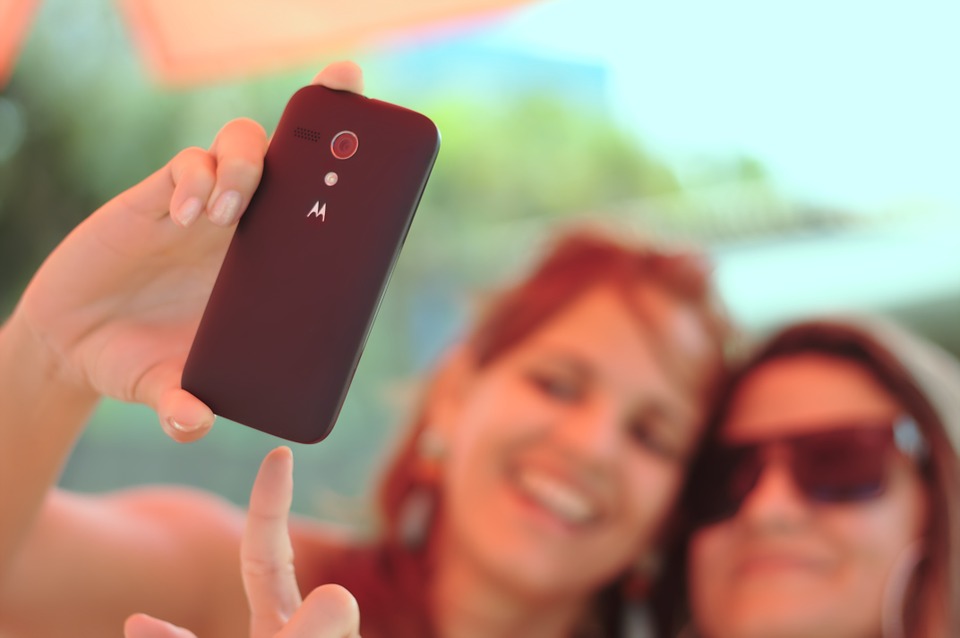 Nowadays, the internet becomes increasingly embedded in our lives. People are engaged in social media platforms everyday; expressing emotions through status updates, uploading selfies and tagging the locations to the social media platforms or tracking movements through wearable device and posting them online. These data that we share, willingly or unconsciously, shape the way we see ourselves (Rettberg 2014). In response to that, debates arise. From the issues of data privacy to narcissism, numerous studies draw the critics upon how we have very small control over ourselves online that leads to commodification. Besides that, several studies also imply how the way we express ourselves online reflects certain personality traits such as self-centered and narcistic (Papacharissi & Mendelson 2011; Ong, et.al 2011; Taylor 2016).

Whilst such claims can be true and demonstrated through some cases, one needs to also understand the phenomenon through the eyes of the users. Instead of seeing the self as merely a product of capitalism and data algorithm, the self is also the one using and making sense of the technology; the internet and the platforms. Moreover, the fact that the online self increasingly collides to the offline self has blurred the line between the two and reinforces the urgency of focusing not only to what is represented in the online realms but also how it interplays with the offline context, in which the users are part of (Floridi 2011; Elwell 2014).

With that in mind, it is equally important to understand the online self from the eyes of the users. When we analyze and discuss the online self without involving the users, we might perceive the online self as texts. Let’s take the selfie phenomenon as an example; a theme that is also discussed in the Fear and Loathing of the Online Self project. In her book, Jill Walker Rettberg (2014) illustrates how researchers and society often focus on criticizing the selfie trend by associating it with narcissism. However, by conceiving the selfie that way, we treat it as text; ignoring the fact that this ‘text’ represents actual human beings (15). The trend in conceptualizing selfie as a threat and disease might be based on selfies’ association with certain takers and poses. This leads to Rettberg’s point at how the growing critics of selfie, the selfie hatred, ridicule and pathologize selfies as a mechanism to discipline the selfie takers who are, in the most cases, young girls (17). The same irony addressed by Anne Burns (2015). Using Foucault’s notion of power as something exercised through discourse, she argues that “online commentary about the use and nature of selfies has a regulatory social function in that there is a connection between the discursive construction of selfie practice and the negative perception of selfie takers” (1).

Pathologizing or ridiculing selfies then becomes an act of naturalizing and legitimizing certain nature of selfies as the truth (Burns 2015, 1). Although selfies as ‘disease’ and symptoms of narcissism are still commonly discussed both in academic discussion and mainstream media coverage, Senft & Baym (2015, 1590) explicate their concern on little peer-reviewed piece of scientific literature that “convincingly demonstrates that selfie production and mental illness are correlated”. Such approach and claims are highly debatable. Regardless the fact that selfies posted online are part of power circulation and structure in the digital platforms, selfie signifies a sense of human agency that can also function as a practice of self-expression in everyday life (Senft & Baym 2015, 1589).

Revisiting Rettberg’s argument on the importance of focusing on the users’ experience, selfies, in the other different contexts, can also reveal different stories. In “Empowering the Marginalized: Rethinking Selfies in the Slums of Brazil”, David Nemer and Guo Freeman (2015) explore how selfies are used by teens to speak about violence; implying their desires on “equity, safety, literacy, power, and confidence”. On the other hand, Jillet Sara Sam’s presentation in the FLOS conference draws an interesting phenomenon on how the selfie as political expression in India can still be limited to gender habitus and norms; one of a few topics that is drawn beyond the ‘online self’. The examples above are only two of the many cases of selfies. Of course, as Senft & Baym (2015, 1597) note, “celebrating all selfies as empowering makes as little sense as denigrating them all as disempowering”. What I try to emphasize is how some have tended to narrowly see the online self from only what it seems on the surface without acknowledging what the users or the sociocultural context tell us about.

I did ridicule a young Indonesian man I met who was excitedly recording himself at a Tulip Garden in Netherlands a few months ago until I noticed what he said: “Hi, I am at the Netherlands now. Who knows someone who used to sell foods in the street like me can be here today. I just want to tell all of you that you should dream as big as I do”. Others who did not speak the same language as him might perceive his action as narcissism.

Perhaps, we only need to postpone the judgments and understand what the self tries to say.

Burns, A. L. “Self (ie)-discipline: Social regulation as enacted through the discussion of photographic practice.” International Journal of Communication (2015).

Nemer, David, and Guo Freeman. “Empowering the Marginalized: Rethinking selfies in the slums of Brazil.” International Journal of Communication 9.0 (2015): 1832-1847.

Rettberg, Jill W. Seeing ourselves through technology: How we use selfies, blogs and wearable devices to see and shape ourselves. Springer, 2016.