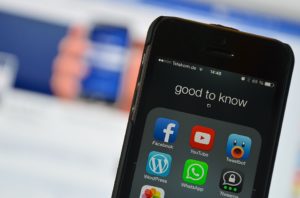 Every year, Indonesia has always been on the list of country with the most social media users in the world. Reports on social media demography have consistently showed the extent to which Indonesian young people are simultaneously engaged with multiple social media platforms (APJII 2014; Redwing 2014; UNFPA 2014; Statista 2016). As an Indonesian who has also been part of this practice, I became curious. When I question myself, I thought that I used different social media platforms with basically similar functions because of social needs; a simple motive to be present at the “places” where my friends are. But I believe there is something more than that. In beginning of this year, I took this question further through my ethnography study on social media practice and identities amongst Indonesian young people in peripheral urban area. Although the notions of identities and social media have been commonly researched, little attention has been given to the complexity of multiple media platforms used for identity construction. Moreover, previous studies on identity construction through social media practices have tended to view online and offline identities as two distinct entities.

I explored the notion of the ‘Transmediated self’ conceptualized by Elwell (2014) through which the self is perceived as the construction of interactivity, an integration of both online and offline experiences as well as dispersion across multiple platforms. Nevertheless, despite Elwell’s point on the way online and offline realms have now coalesced, his overall framework for the transmediated self has not addressed culture; an existing dimension that can arguably shape each other’s realms.

In Indonesia, youth identities have been closely tied to consumption-based youth culture and global lifestyle. Nevertheless, media transformation has shaped identities to be more fluid where youth culture became later incorporated with other concepts such as religiosity and localities. Through my ethnography study, I figured out that young people in peri-urban area of Indonesia use multiple social media platforms to shift between complex identity modes. They juggle between their modern urban youth, religious and local identities.  The use of multiple social media platforms, with different performative palettes, offers an opportunity to create a hybrid culture, where young people do not just passively adopt global standards, but creatively blend, interpret and redefine their identities.

For example, a popular Moslem fashion influencer in my study shared how she uses different social media platforms to balance her identity modes. A platform like Instagram provides an open network for her to look for the global trends without having to personally know the people. However, the global standards do not always fit local and religious values; there is always the risk of being labelled as a sinner for looking in certain ways. She uses another platform, called Path, which offers a more personal circle through which she explores her “true” color and experiments with people’s reaction. Unlike Instagram, Path is a more personal and private platform with a limit per person of 150 friends. People can only see others’ updates if they add them as a friend. According to the five informants, this means they need to know each other in real life to be friends on Path. As such, young people do not have to speculate about imagined audience. Whilst Path as a platform has failed to survive in other countries, my study interestingly shows that this platform provides a space that frees young people from what they refer to as “standards” in another platform. Here, the dispersed self is not only adjusted to the platforms’ affordances, as Elwell emphasizes, but also to the socio-cultural boundaries.

Furthermore, due to constant connectivity to the internet, young people’s selfhood stories are simultaneously constructed and created by both online and offline experiences. First, self-identification occurs through an algorithm and computing system that tracks their online activities; where they traveled, what they ate, how they dressed. It then involves disclosure created by interaction with friends and followers. Both processes contribute towards constructing who they are.  However, apart from the algorithmic mechanism that might commodify conception of who they are, this experience also contributes to place-based identities amongst young people in my study.

An informant who is a photographer shared his experiences exploring new places and friends in the city through hashtags and geo-tagging in social media platforms. He further shared how young people would upload photos of new places in the city, tag the locations, use the hashtags and then even meet each other in real life. This case offers another way of viewing how the integrated-self, in a certain context, is not limited to mere algorithm and data mining in an online interface. In fact, it has a deeper meaning for young people as social media platforms provide not only a space to construct their location-based identities through a community, but also to reflect on what others from outside think of them.

In an Indonesian context, place-based identities have been particularly important in both offline and online realms. As de Lange (2010, p.126) explains, place becomes the focus of contesting views about who belong ‘here’ and who do not, who has the right to inscribe place with particular meanings and narratives. The notion of integrated self has then created a more loosen and fluid way to redefine place based identities; what it means to be “local” young people who post cool photos, adjust to the global trends on Instagram while at the same time emphasize their locality through the local slang language they use on various platforms.

My study has demonstrated how the process of identity construction across platforms and realms involves various elements; multiple platforms, different networks and the co-creation of online-offline experiences. Through ethnography, I argue that fully understanding the self in the rising use of multiple social media platforms and their growing significance in everyday lives requires a closer look at the social and cultural setting within which the transmediated self is constructed. Because just as Miller & Slater argue (2001, 5), the internet is embedded in, and is part of, social space.