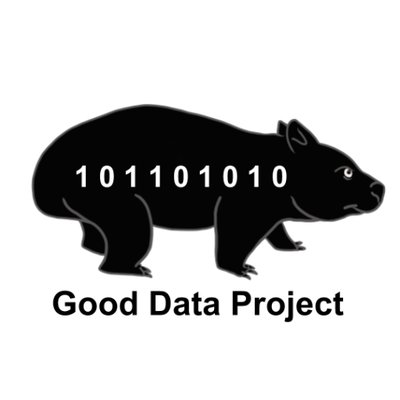 A contribution by Dr Kayleigh Hodgkinson-Murphy and Dr Angela Daly.

The QUT Pathways to Ethical Data project combines the interdisciplinary expertise of Dr Angela Daly, Dr Kate Devitt and Dr Monique Mann, assisted by Dr Kayleigh Hodgkinson-Murphy, to investigate and promote ethical data practices & initiatives, towards a fair and just digital economy. The team members are co-editing an INC Theory on Demand book on ‘Good Data’ and currently have a call out for proposed chapters for the book, which will be published in late 2018.

Last month, on 22nd November, approximately 50 industry practitioners and academics gathered at Queensland University of Technology’s Gardens Point campus in Brisbane, Australia to participate in the ‘Pathways to Ethical Data’ workshop – known as ‘Good Data’ for short. Collecting participants from across Australia and overseas, as well as from a variety of industry, government and discipline backgrounds, the workshop sought to examine and discuss the complex issues surrounding ‘good’ and ‘ethical’ data practices.

Early in the workshop, Dr Kate Devitt from QUT facilitated an activity that asked everyone to order themselves from most to least dystopian in their view of data practices today and in the future. This activity served not only as an introduction between participants but as an introduction to the depth and breadth of opinions held on the practices of data collection, retention, research, and use. Many participants stood around the centre of the line, reflecting the general group opinion that data is neither inherently ‘good’ or ‘bad’, but rather that it’s the structures and practices surrounding the collection, retention or use of data that has an impact on whether the data can be considered ‘good’ or ‘bad’.

The themes that appeared during these early discussions were revisited in the longer talks given by various professionals in the field. Associate Professor Raymond Lovett (ANU), Dr Donna Cormack (University of Otago Wellington) and Dr Vanessa Lee (University of Sydney) spoke to the group on perspectives of Indigenous Data Sovereignty, identifying the specific complexities in both collecting and using data relating to Indigenous populations. Their discussions paralleled issues raised within the group discussions, namely that good data needs to engage with the community and further consideration needs to be given to data practices that reproduce colonial structures. Following this, a collection of lightening talks paired industry professionals with academics to speak in detail on particular topics such as community wifi initiatives, electronic health records, the ethics of open data and the recent ‘robodebt’ controversy in Australia where the government has badly implemented algorithmic decision-making to identify overpayments of welfare. These talks gave an opportunity to blend industry expertise with a broader academic framework and led to passionate and spirited discussion throughout the room.

The workshop proved to be an informative and valuable introduction to the project – identifying just how complex the issues surrounding data can be. However, while participants were honest about the very real issues and problems currently enmeshed in various industry and government data practices, there was also considerable discussion about the routes available to move towards more ethical data futures.

Following the daytime workshop, the QUT Good Data project team partnered with Thoughtworks’ Brisbane office for a public evening event. After a technical demonstration of bias and discrimination in machine learning, QUT’s Dr Monique Mann facilitated a discussion with special guest Asher Wolf, a well-known information journalist, digital activist and founder of the world-wide CryptoParty movement. Asher spoke about her own journey as an activist and fighter for good information and good data to great applause from a packed audience. A good end to a good day of good data!

Do you want to participate, consider sending in a proposal to the Call.