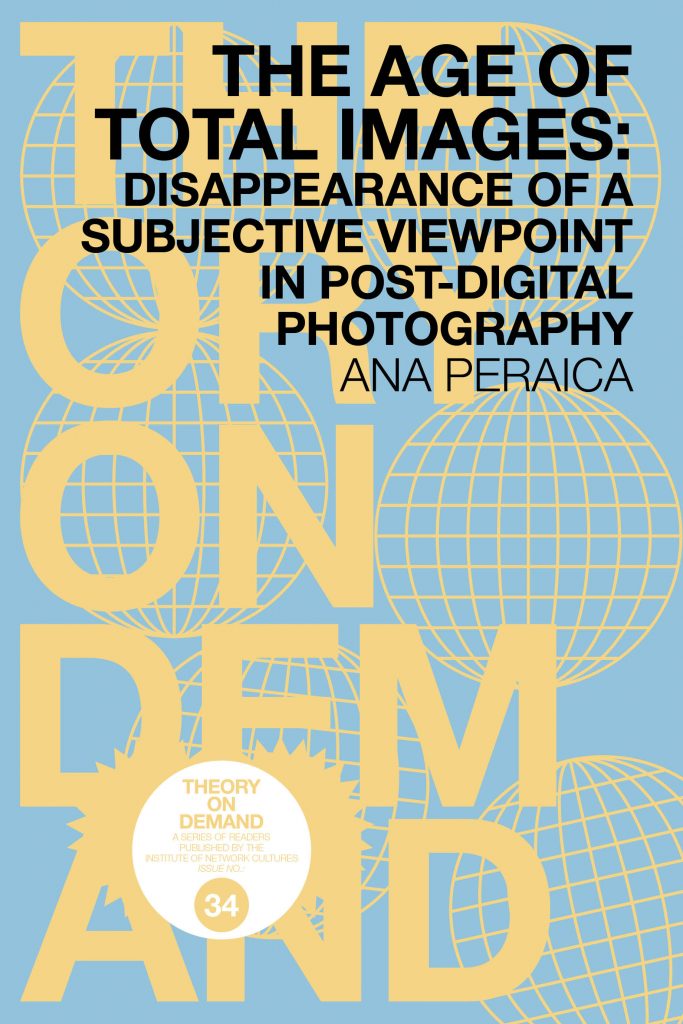 In The Age of Total Images, art historian Ana Peraica focuses on the belief that the shape of the planet is two-dimensional which has been reawakened in the late 20th and early 21st centuries, and the ways in which these ‘flat Earth’ conspiracy theories are symptomatic of post-digital image culture. Such theories, proven to be false both in Antiquity and Modernity, but once held to be true in the Medieval Period, have influenced a return to a kind of ‘New Medievalism’.

By tracing visual representations of the planet across Western history and culture, Peraica provides support for a media-based explanation behind the reappearance of flat Earth theories. Through an adventurous exploration of the ways the Earth has been represented in sculptural globes, landscape painting, aerial photography, and even new media art, she proposes that a significant reason for the reemergence today in the belief that the world is flat lies in processes and practices of representation which flatten it during the compositing of photographs into ‘total images’. Such images, Peraica argues, are principally characterized by the disappearance of the subjective point of view and angle of view from photography, as the perspectival tool of the camera is being replaced with the technical perspective of the map, and human perception with machine vision, within a polyperspectival assemblage. In the media constellation of these total images, photography is but one layer of visual information among many, serving not to represent some part of the Earth, but to provide an illusion of realism.

Ana Peraica is an art historian whose research focus is on post-digital photography. She is the author of the books Fotografija kao dokaz (Multimedijalni Institute, Zagreb, 2018) and Culture of the Selfie (Theory on Demand #24, 2017), among others, as well as the editor of several readers, including Smuggling Anthologies, Victims Symptom (PTSD and Culture) (Theory on Demand #3, 2009), and Žena na raskrižju ideologija. She teaches at Danube University near Vienna, Austria, and is a visiting lecturer at Central European University in Budapest, Hungary, in addition to continuing to run a photographic studio in Split, Croatia, founded in 1932 by her grandfather.

INC is proud to announce the publication of The Arab Archive, edited by Donatella Della Ratta, Kay Dickinson, and Sune Haugbolle. As the revolutions across the Arab world that came to a head in 2011 devolved into civil war and military coup, representation and history acquired a renewed and contested urgency. The capacities of the [...]

Letizia Chiappini: Why I feel unsafe and stay in the Netherlands

It’s early morning and the Italian news is dramatic. The Corona virus hits Northern Italy with a magnitude comparable to China. My mother and my grandmother are there, alone. Confined at home, scared and victims of a wretched television that shows sensationalist news about Corona-virus. Numbers are growing at a rapid pace. Young individuals are [...]

Launch of LAVA, Letters from the Volcano-Issue #1: Be Water

Letters from the Volcano is an experimental zine conceived by Franco “Bifo” Berardi and developed by Mitra Azar, Hugo Sir, and a small group of agitators from the four corners of the world. LAVA emerged from a desire to understand the recent wave of social movements starting in autumn of 2019. These movements involved a [...]