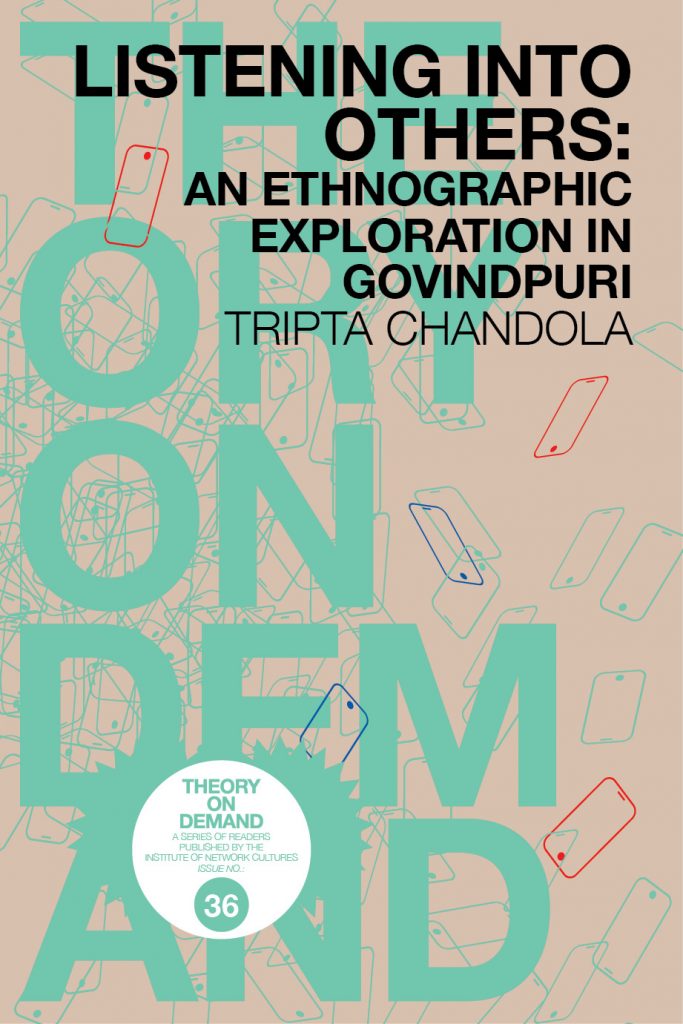 The essays collected here are based on two decades of engagement with the residents of the slums of Govindpuri in India’s capital, Delhi. The book presents stories of many kinds, from speculative treatises, via the recollection of a thousand everyday conversations, to an account of the making of a radio documentary.

Zig-zagging through the lanes of Govindpuri, Listening into Others explores the vibrant sounds emanating from slum culture. Redefining ethnography as listening in passing, Chandola excels at narrating the stories of the everyday. The ubiquity of smartphones, sonic selfies, wailing, the ethics of wearing jeans, the crossroad rituals of elections, the political agency of slum-dwellers, the war of the sexes through bodily gestures, and conflicts over ownership of both property and sound generated in the slums — these are among the many encounters Chandola opens up to the reader.

Slums are anxious spaces in the materiality, experience, and imagination of a city. They are the by-products of the violent and exploitative mechanisms of urbanization. What becomes of the slum-dwellers, who universally, across centuries, cities and continents, befall similar fates of being discriminated, reckoned to be the scum of the earth, and a burden on society? By listening to identified others and amplifying their voices in their own vocabularies and grammar, Tripta Chandola’s praxis creates a methodological, political, and poetic rupture. Slums, she finds, are not anathema to the city’s past, present, or future. They are an integral component of urbanization and a foundational part of the city.

With Listening into Others, Tripta Chandola poses the question: ‘Who owns the slum, and who determines which voices are heard? From where you are, listen with me.’

This publication is licensed under the Creative Commons
Attribution-NonCommercial-NoDerivatives 4.0 International.

Get the book here