In her book, ‘Internet, Mon Amour – Chronicles before yesterday’s collapse’, a collection of short novels in a Decamerinian frame, Agnese Trocchi sketches a situation where ‘we are at the end the Great Internet Plague and a group of hackers, artists and geeks escape in the mountains to tell each other the stories before the collapse’.

‘Internet, Mon Amour’ was born from the desire to understand our relationships with the machines that are part of our daily life. ‘We are aware that too often we are embroiled in chains of command that are invisible to us as they are covered by layers of make-up. The distance that separates us from understanding hardware and software is hiding under comfortable and smart surfaces. We are alienated from the tools that we use.’

The result is a hybrid between an essay and a collection of short stories framed in speculative science fiction. Above all, it’s an invitation to collectively use our imagination and to play together. 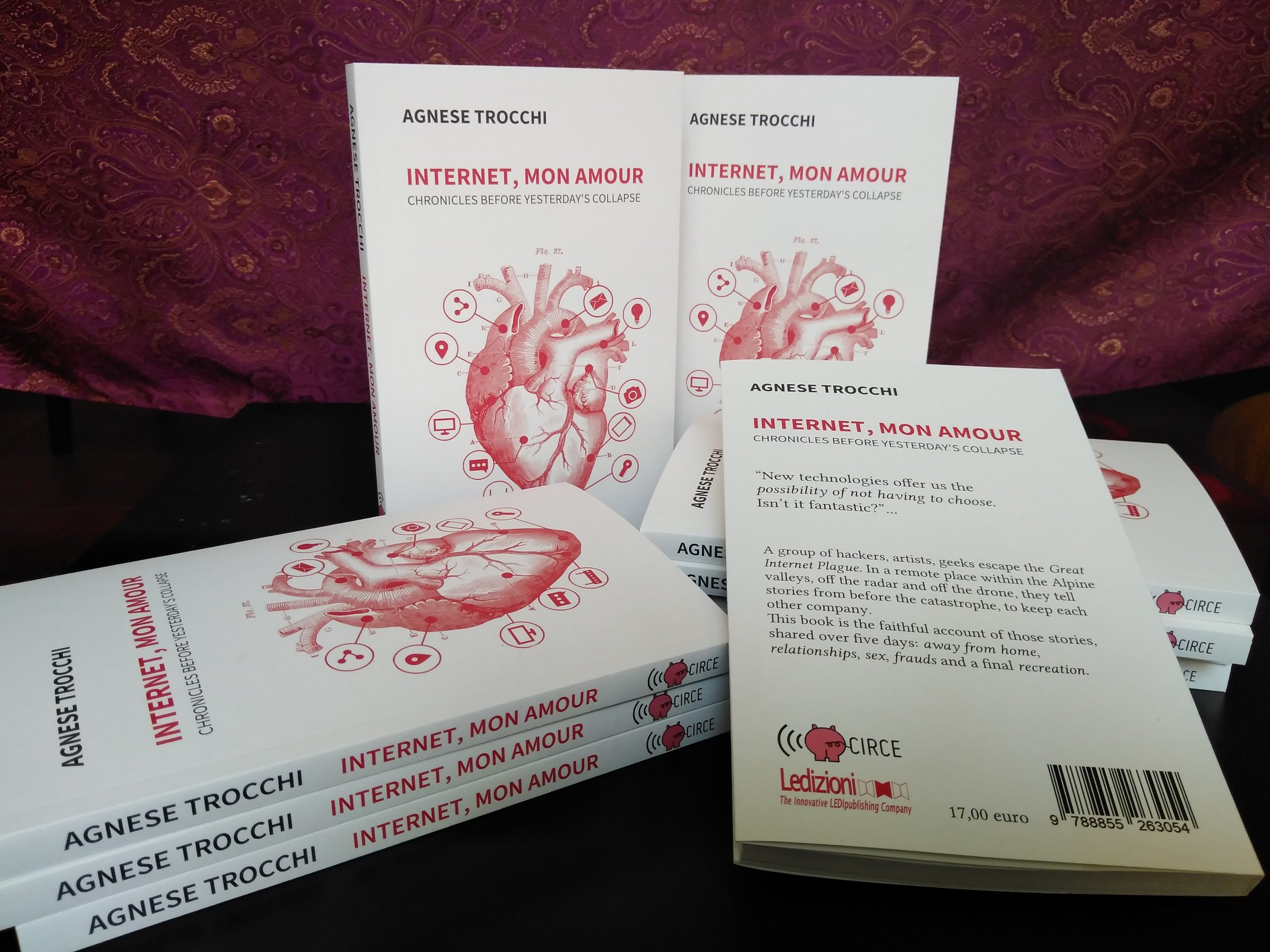 ‘One could sense discouragement and sadness in the air. The intentions were good: to let go of the disaster and to meet with friends again, in a welcoming and protected place. But each one brought the wounds of the vicissitudes just experienced. Many had lost loved ones, all had to abandon their jobs, or their homes too. Distorted lives. How could anyone remember? Telling what had been before, without getting caught up in melancholy, anger, fear?’

The prologue of ‘Internet, Mon Amour’, could indeed very well be situated in a post covid-19 era to come. Ironically enough, the book was written before the current pandemic, yet the crisis gives the book new meaning. The scenario imagined for the book, a ‘Great Plague’ was born from the bad habits perpetrated by human beings in their unhealthy relationships with technological devices, technical beings; mutual abuse and oppression led humans to isolate themselves and destroy the social bond that held them together.’ Sounds familiar, doesn’t it?

And, of course, the logical follow up question would be when the situation will return to normal. ‘Obviously there is no turning back and in the meantime it will have become even more difficult to eradicate the technologies of domination from our lives, addicted as we will have become to the platforms of e-something. In the meantime the capitalism of disaster, joyfully rubbing its hands at the unanticipated opportunity, collected an enormous amount of data and metadata about our behavior.’

Trocchi remains positive however. She wants to imagine that ‘once out of the emergency some of us will have treasured this experience, observed the vulnerabilities and started recreation to transform us starting from the weak points. A path that begins looking at non-gamified tools and conscious choices.’

To learn, teach and play with machines

The short novels include various themes; from AwayFromHome (‘we remember and think of those who relied on technological tools of undoubted power, connected in extraordinarily large networks throughout the whole world, fast and omnipresent; and they trusted in the prodigious help of these networks owned by others to communicate with other humans, to find what they were looking for when they were not at home’), relationships (‘because the great denied of […] relationships mediated by digital machines were precisely the machines themselves. Only a few tried to know them, only a few cared’) and sex (those who entrusted their intimate relationships to powerful technologies […] [-] if they worked for professional, emotional, and family relationships, why shouldn’t they work for sexual relationships) to scams (unrepeatable business prospects, stratospheric gains, exceptional savings, opportunities not to be missed) and recreation (the desire to find new, intriguing paths, never definitive solutions, to confront problems as ancient as the world; to the enthusiasm of the game made for the pleasure of playing, without prizes or awards. […] Machines as street companions, from which to learn, to teach and above all, to play with). 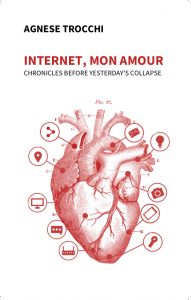 You can read the entire book here. For hard copies, mail ima[at]cirex.org (you will be asked for a donation),  buy it on Amazon or find it at  L200: Langstrasse 200 in Zurich, Switzerland.

Agnese is also open for publishers that distribute in Europe, the United States or Australia. She is also open to collect more stories. Suggestions can be sent to ima[at]cirex.org.

Agnese Trocchi is social media strategist, copywriter and storyteller. She has always been curious about our relationship with information technology and with the media, was videomaker and net.artist. Her net.art and video art works have been exhibited in events and galleries around the world.  She deals with hacker pedagogy (conferences and training) with C.I.R.C.E.

C.I.R.C.E. (International Research Centre for Electric Convivialities) proposes workshops of digital self-defence, hacker pedagogy, convivial informatics for all curious people to get to know each other better, and to get to know the machines they live with.