Part of a series by the Institute for Contemporary Art Research at the Zürich University of the Arts, Aesthetics of the Commons investigates the fruitful intersection between the idea of the commons, and the aesthetics of practices that relate to the concept. Overall, the publication ponders how to enact a shift in academia, arts and humanities away from private ownership and individualism towards collective sharing and care through tangible actions and approaches. 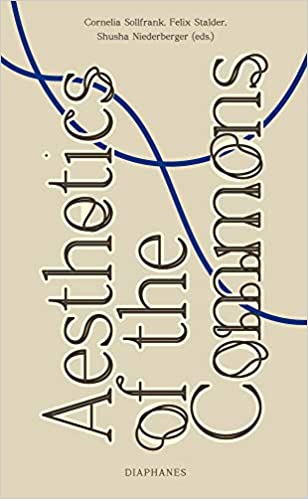 Rather than providing a streamline argument and a neat list of aesthetic characteristics, Aesthetics of the Commons proposes “a series of propositions on how to think about practices that try to respond to some of the crises that make up the present moment.”[1] Its strength lies in the broad understanding of the commons, as well as the wide spectrum of expertise from ten contributors: Olga Goriunova, Jeremy Gilbert, Judith Siegmund, Daphne Dragona, Magdalena Tyżlik-Carver, Gary Hall, Ines Kleesattel, Sophie Toupin, Rahel Puffert, and Christoph Brunner. Together, they offer different lenses through which we observe initiatives that demonstrate ways of widening access to resources and practices. They all build on ideas of care and collaboration rather than privatisation and commodification, operating somewhat outside of the capitalist market and, inevitably, entering into conversation with its inner logic.

Each essay is self-sufficient in its own right, so readers and/or researchers seeking a specific perspective can engage with just a part of the publication and walk away from it with needed resources. However, considering them together allows for a deeper understanding of the core issue the book addresses: how to recognise and learn a variety of approaches that allow for a more accessible and collectively-shared pool of not only knowledge, but also other resources and meaningful relations. Its structure proves its very point, showing that a variety of perspectives is the most effective way to facilitate discourse and extract meanings.

Third in the sequence, Judith Siegmund’s “Which Aesthetics of the Commons?,” would have made an excellent opening essay. It considers the classical concept of the arts as parallel to the commons, since both are often defined and categorised by their “otherness” to politics and the economy. Siegmund adds nuance to this understanding, proposing that aesthetic independence and freedom do not exactly define the commons. She calls on readers to recognise the interdependency between commons, social structures, and economic hierarchies, as well as the potential the commons possess in shaping future relations:

“[…] It is productive and sustaining in any case to interpret commons as economically organised projects – indeed, as economies of their own – that are able to comment on (if not correct) the leading principles and convictions of today’s (commercially-driven) economy.”[2]

“Which Aesthetics of the Commons?” provides an insightful overview of the complex relations between (the creation and upkeep of) commons and contemporary power structures that govern based on a largely different set of priorities. Placing it at the start of the book would have provided a stronger base for readers who are relatively new to this mode of thinking. It certainly gave me much-needed context, which helped me engage with the remainder of the texts. 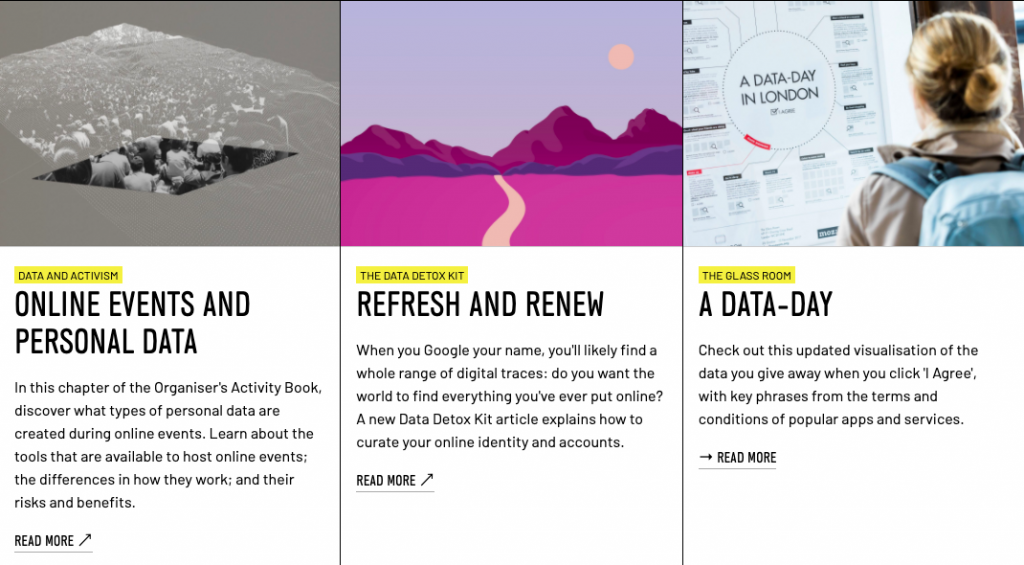 Aesthetics of the Commons provides an in-depth look at initiatives that demonstrate how the arts, academia and socially-engaged practices can blend to produce much-needed perspectives of futurity and hope. It features topics ranging from the politics of open-source digital libraries (Olga Goriunova’s text) to offline communal agricultural spaces that seek to preserve and activate cultural heritage (Daphne Dragona’s text). Throughout, authors refer to each other’s research and build on it in their own considerations, which constructs a network of mutual interest and, in a way, care. Again, the content of the publication confirms its ethos – to consider context, recognise difference, and construct strong bonds through these acknowledgements.

After reading Aesthetics of the Commons, I felt compelled to reconsider my relationship to ideas of care and solidarity. Even though they are practices that many people (like myself) identify with and valorise, we rarely act on them outside of the realm of what seems feasible and low-effort. Gary Hall and Daphne Dragona both identify the commons as a potentially transformative response to the escalating political, environmental, and social crises. We are under immense stress as we observe the world turning in a threatening direction. We are anxious about our financial situations under an unsupportive system that values wealth above all else. We look for community but struggle to find it due to online distractions, echo-chambers, paywalls, or offline limitations that keep meaningful projects from flourishing.

This publication shows that utopian world-building can take place, in archives and libraries built with consideration and care, and amongst communities in networks that share much in common, or share very little yet still choose to support one another, envisioning a better future. I am now compelled to consider how these networks of solidarity may look, and whether I came across them recently. Knowing more about how they manifest, I feel informed to join an effort to help them strengthen and persevere, pushing against commodification and privatisation. What is your object of care? What happens when you apply the idea of the commons to it? Aesthetics of the Commons offers a glimpse into how to mediate the relations between your object of care and its complex, changing surroundings, through practices that are open, radical, and hopeful.

Read Aesthetics of the Commons here.

Read more about projects discussed in the publication: