Cyberia is a poetic provocation in the form of a photographic series that explores infrastructures of Cybercafés in Bangalore. What does it mean to use these overlooked spaces today—as a worker, a client, or simply an artist? These sites composed of passages, objects, and stories—reveal a sense of connection, privacy, self-expression, surveillance, and manipulation. Against this backdrop, the work migrates across different supports, shaping and affecting people, landscapes, politics, and social networks. 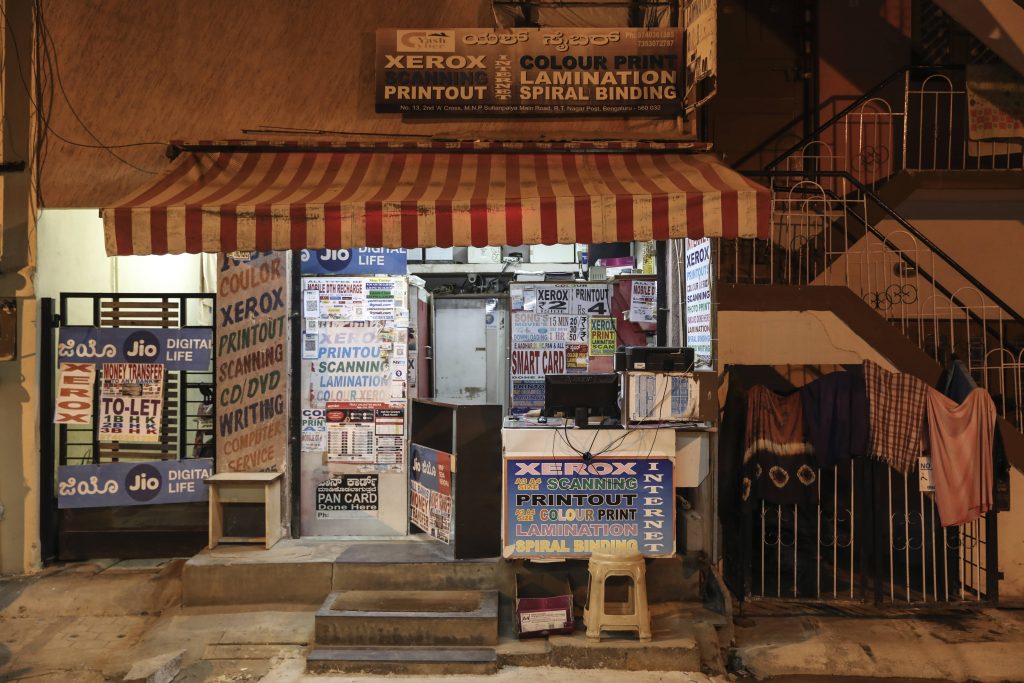 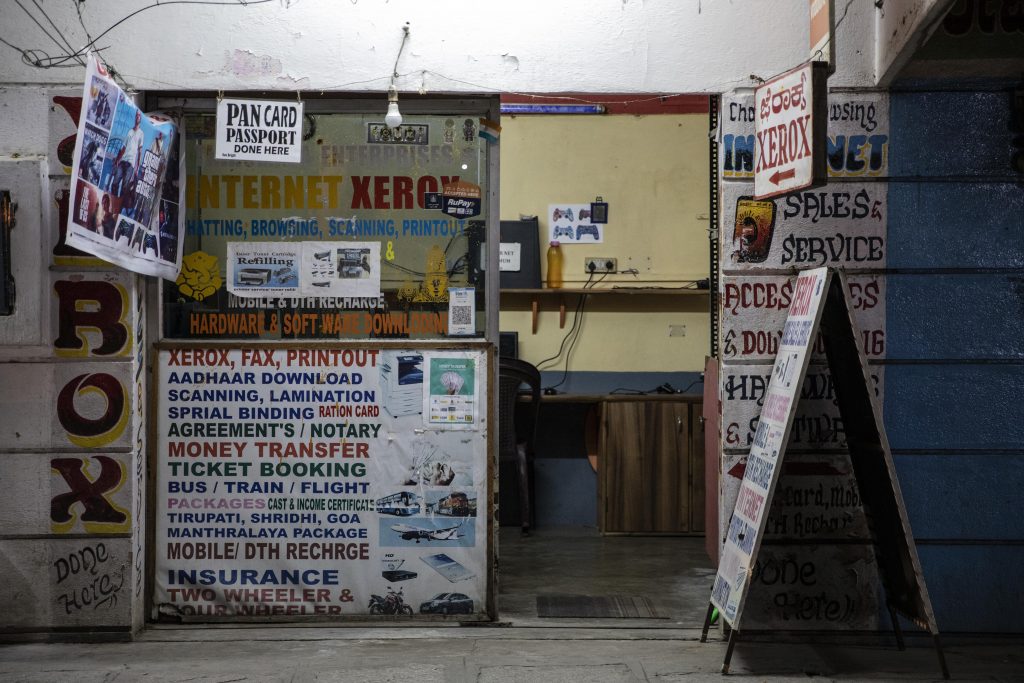 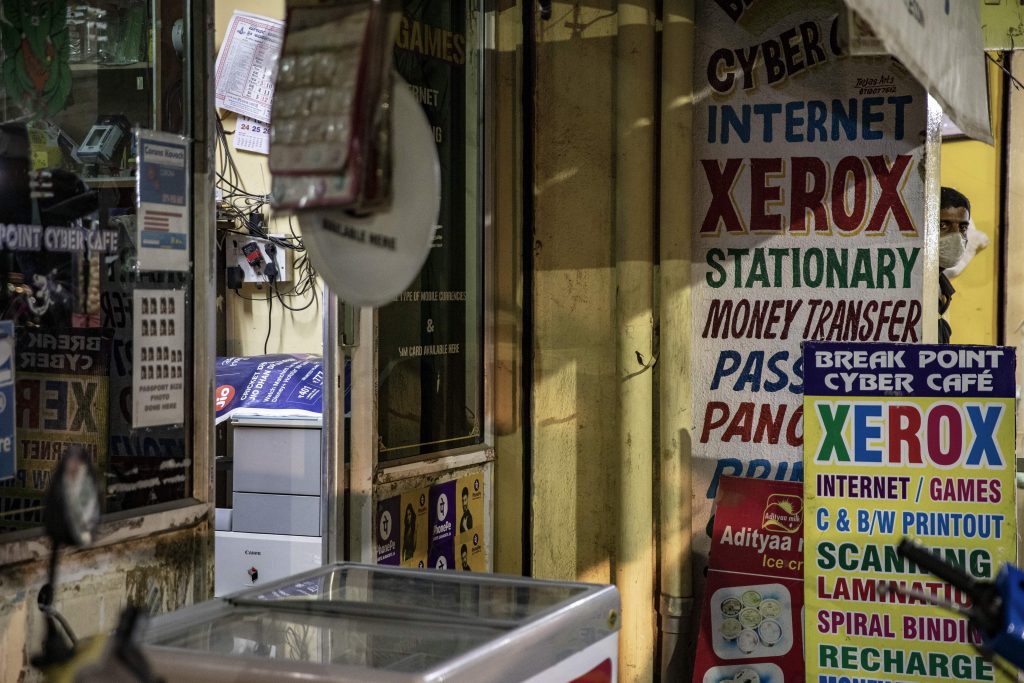 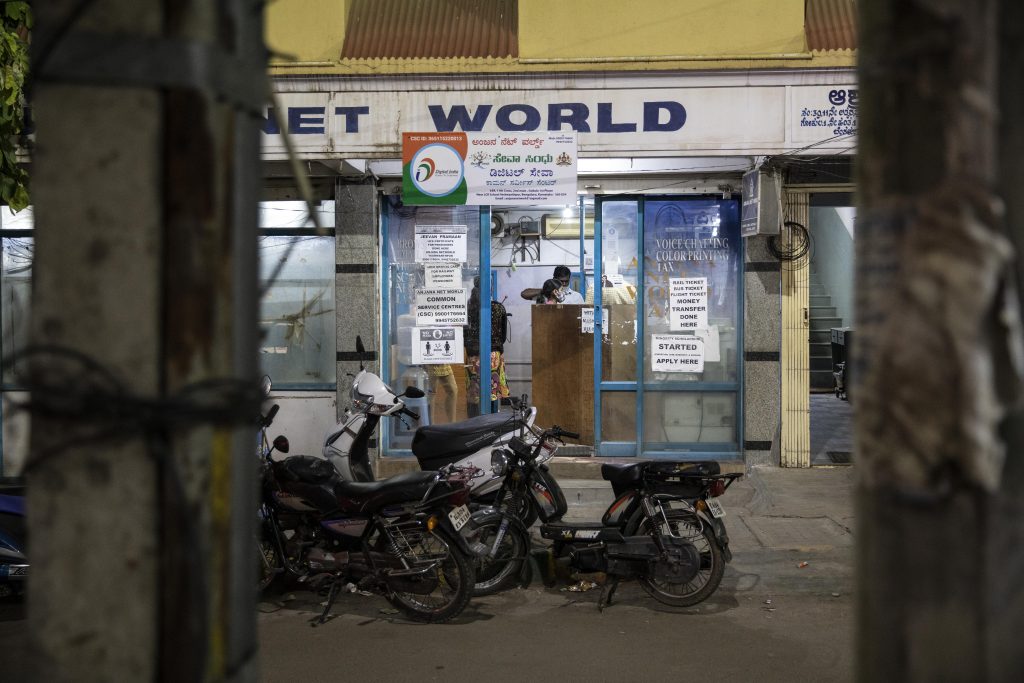 As an artist based in Bangalore, I am interested in looking at the ramification and behind the scene of the power of tech-enabled innovation from a localized perspective. How has the internet changed the way we encounter various conditions? A domestic space as well as a technological screen, allows structural ironies of the world to be projected, and imagination-driven suggestions to be pondered upon in contemporary times. 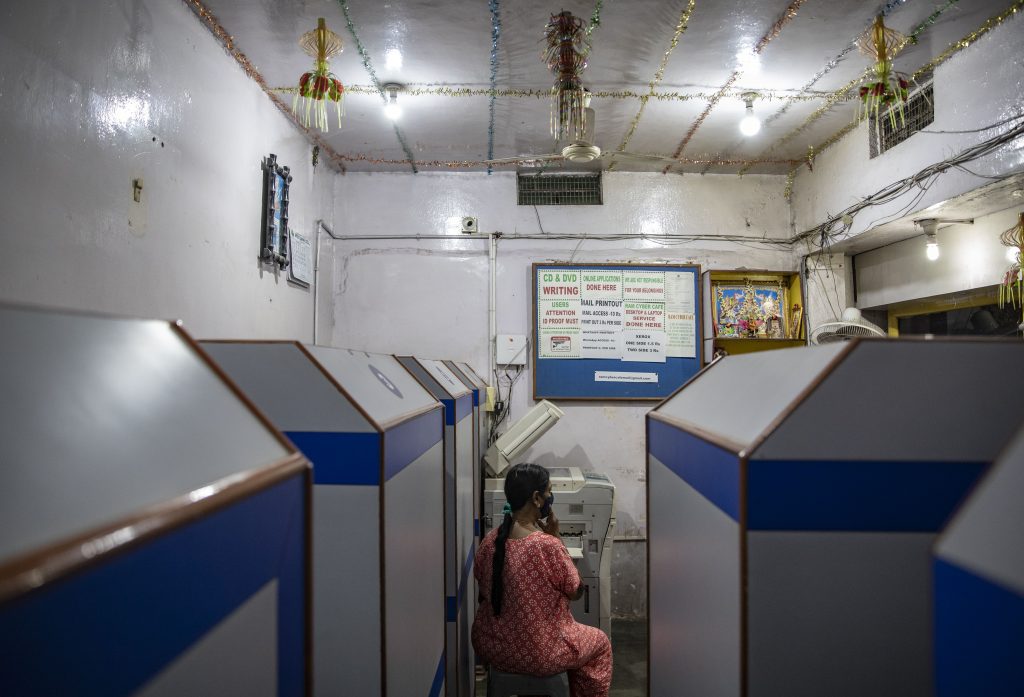 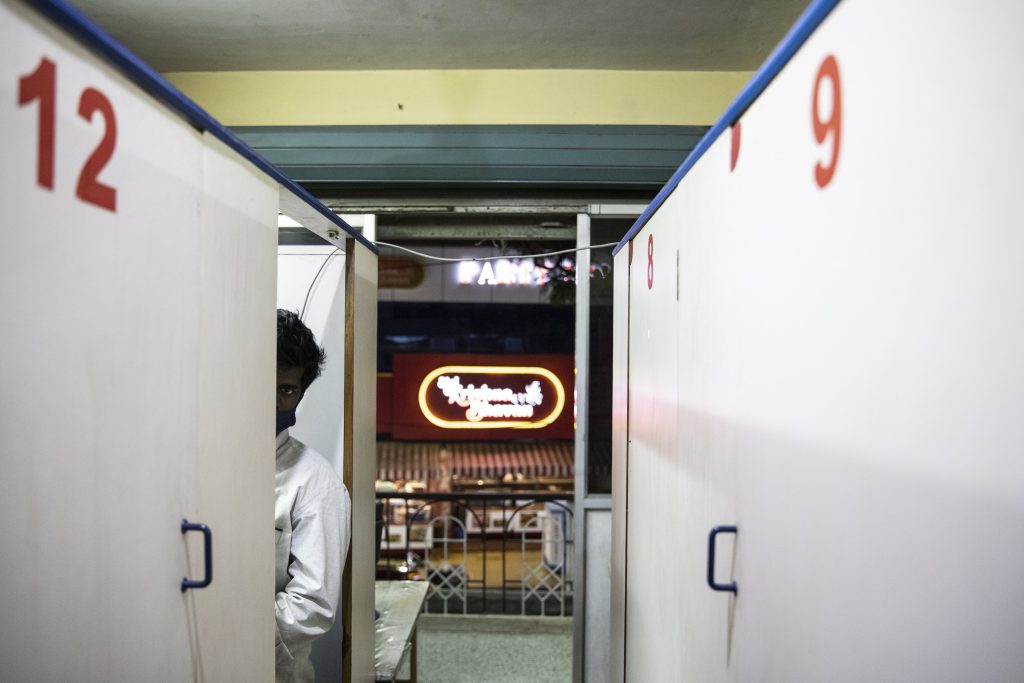 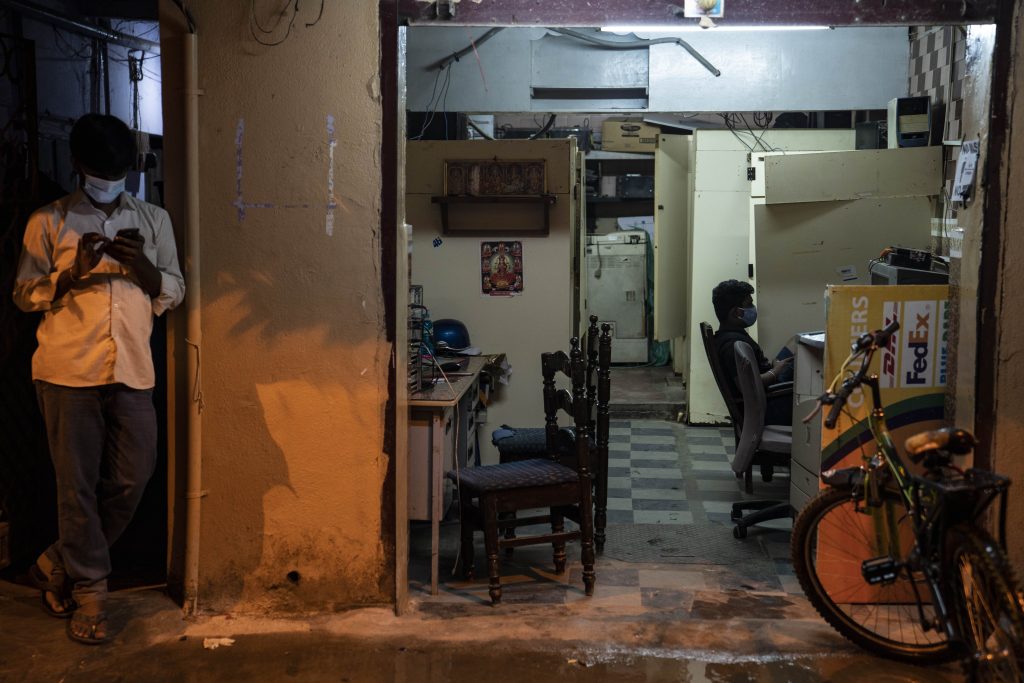 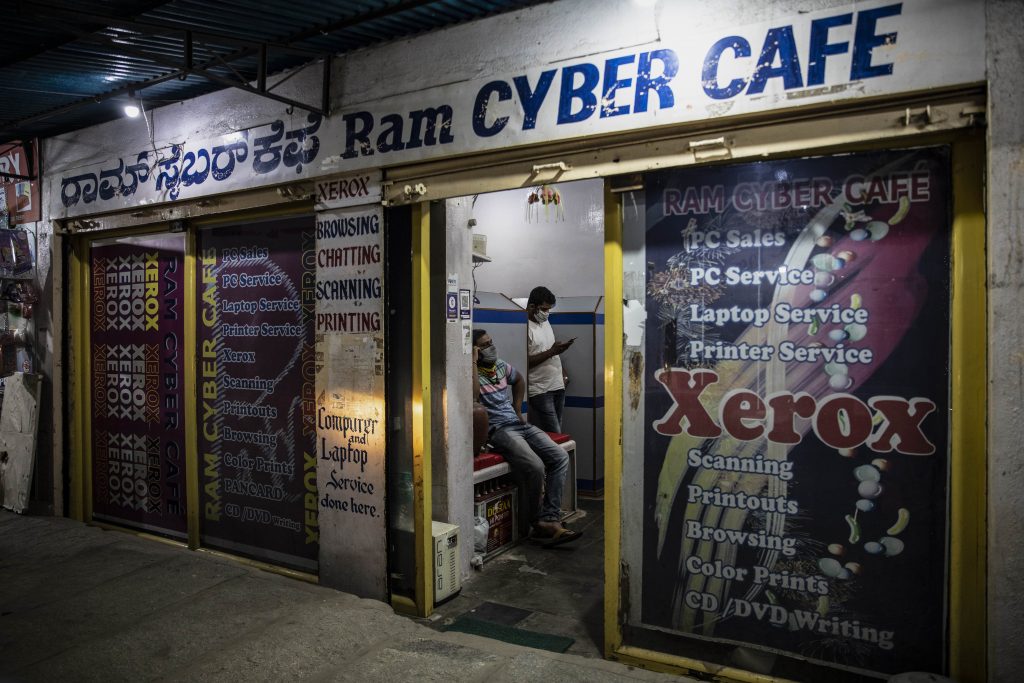 Furthermore, my photographs respond to these questions: what is so culturally particular about these structures in Bangalore? How are these spaces a reflection of the social urban fabric? And what is the future of these frameworks especially in the age of new technologies, open-source software, and cyber-security? The images evoke artistic and conceptual associations to forgotten histories, occupations, circulations, and localities, documenting and capturing the inherently curious nature of these sites as well as the uncanny ability of Cybercafés – that transform and activate in a variety of models. Conceived as a portal to disrupt prevailing patterns—aspirations, truth and fiction, society—and their limitations. 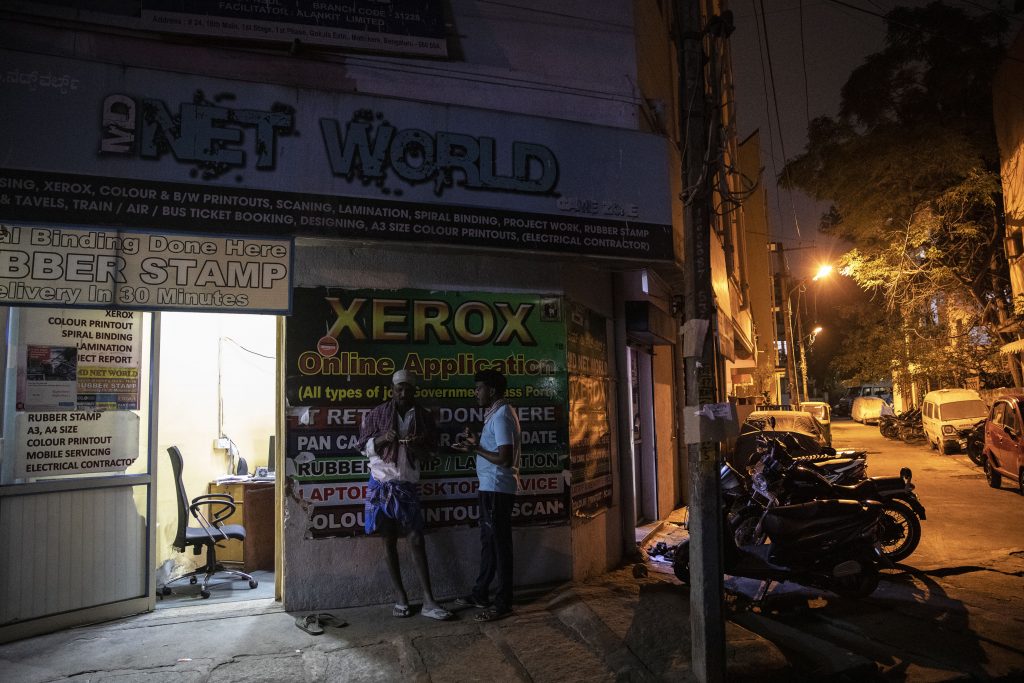 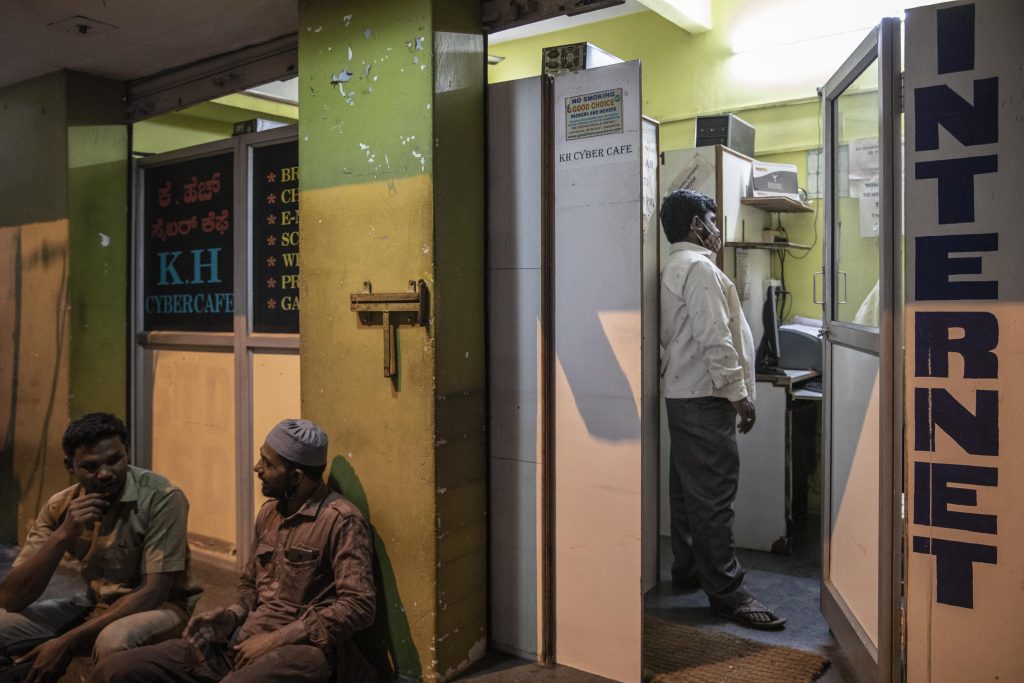 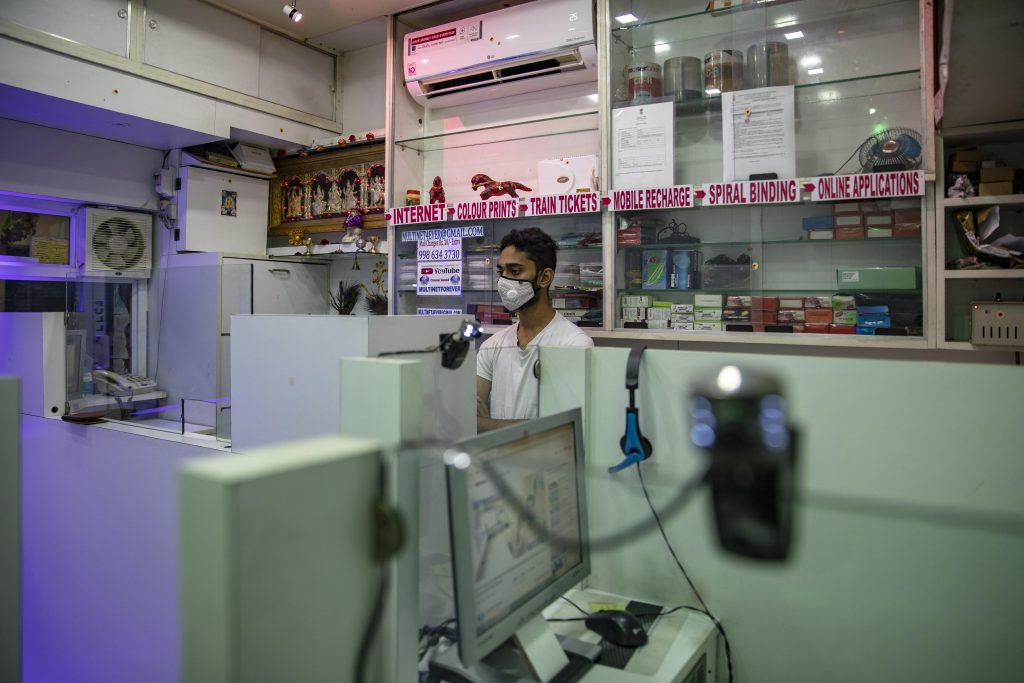 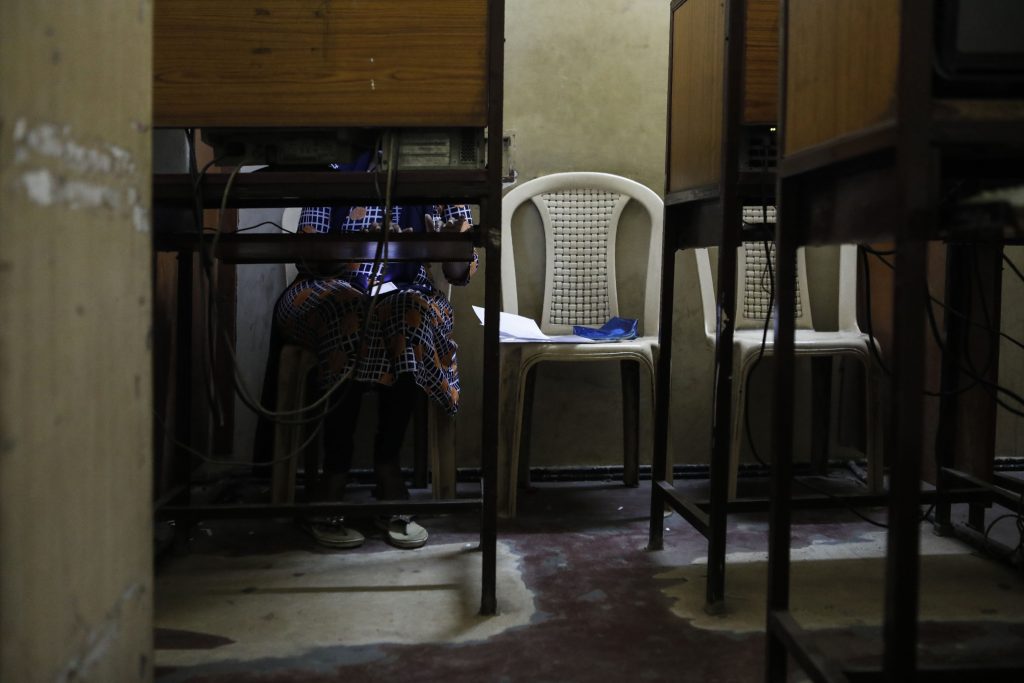 About the project: The photo series was part of the 25 x 25 Initiative by India Foundation for the Arts, supported by lead donor Kshirsagar-Apte Foundation, and philanthropy partners Titan Company Limited, Priya Paul, and Sethu Vaidyanathan.

About the artist: Born in Bangalore, India, Shruti Chamaria graduated from the Royal College of Art (London) in 2017, after working as a graphic designer for cultural institutions and creative individuals across Europe and Asia such as Studio Thomas Buxo (Amsterdam) and Art Asia Pacific (Hong Kong). Her personal practice deals with hyperreality of spaces, objects, and memories, and her work in this regard has been shown at Rotterdam Photo Festival (Rotterdam), Offprint – Tate Modern (London), Athens Photo Festival (Athens), J Book Show – Cork Photo Festival (Cork) and India Foundation for the Arts (Bangalore). Her publication How to Sit for the Camera is also distributed by A6 Books, a subsidiary project of the London Centre for Book Arts (London), as well as MoMA PS1 (New York) and Printed Matter (New York).