Ukrainians have been living in a permanent state of hybrid war with Russia since February 2014, when Russia occupied Crimea and part of Donbas. But the new cycle of Russian aggression against Ukraine began in May 2021. Spontaneously and unprecedentedly, Russia started to deploy troops near the borders of Ukraine. Here are small fragments of my digital realm: visuals, links and dialogues with my relatives, friends and colleagues on social networks such as telegram messenger, Facebook and Instagram.

April 4th, 2021. Screenshots from Instagram stories, saved on iPhone.
Title: Russia is actively preparing for an attack on Ukraine 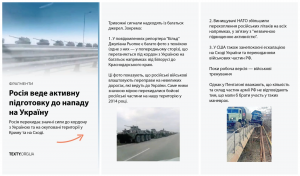 You: I think it will be pretty calm in Western Ukraine. They will probably attack from the Eastern territories, and I don’t think they will launch a rocket on the capital.
Vadim: Agree
You: Does Putin have an account on Facebook?
Vadim: On Tick-Tock
You: it is possible to send him dickpicks in DM.
Vadim: Ouuuuu
You: Imagine 20 million from each Ukrainian.
Vadim: I think it will empower him. 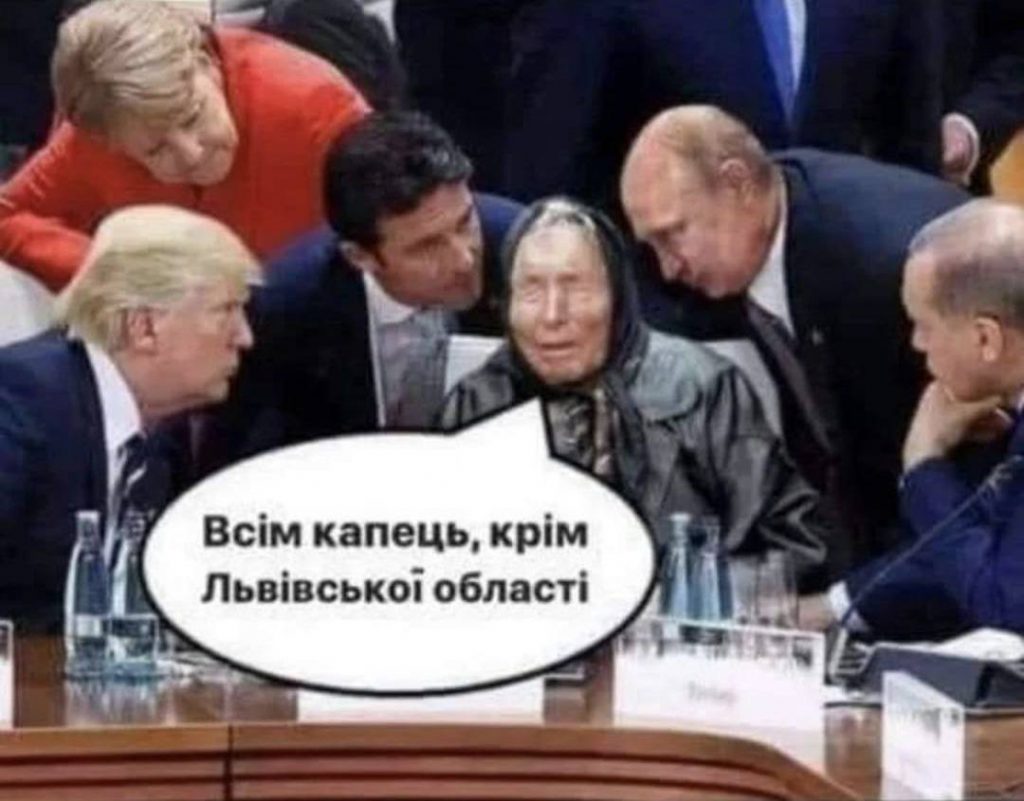 Meme: Vanga the Predictor: Everybody is kapets (in trouble), except the Lviv region

I work as a graphic designer for an organization that monitors online media for propaganda, fakes and political manipulation, provides legal assistance to journalists, and conducts media literacy workshops. That’s why the topic of information warfare is what I work with every day. My colleagues monitor disinformation in the occupied territories and pro-Russian sources in local media and telegram channels, and I do visualizations.

And here is a Facebook cover of our organization. Since November 2021, we have also provided journalists with helmets and body armour protective equipment.

Facebook Messenger, text.
You: Why did everyone on Facebook start talking about the war again? Is there a statement or some news?
Yana: Did not hear anything from the government. I saw that the US embassy urged not to go to Ukraine because of possible aggression. But reinsurance is the norm.
You: Yeah, I saw that too. Well, maybe the algorithm worked that way. God, am fucking sick of it.
Ira: They did not stop talking.

Panic occurred to me, especially when I made visuals about first aid kits and remedies for journalists and media workers who will work in a war zone. 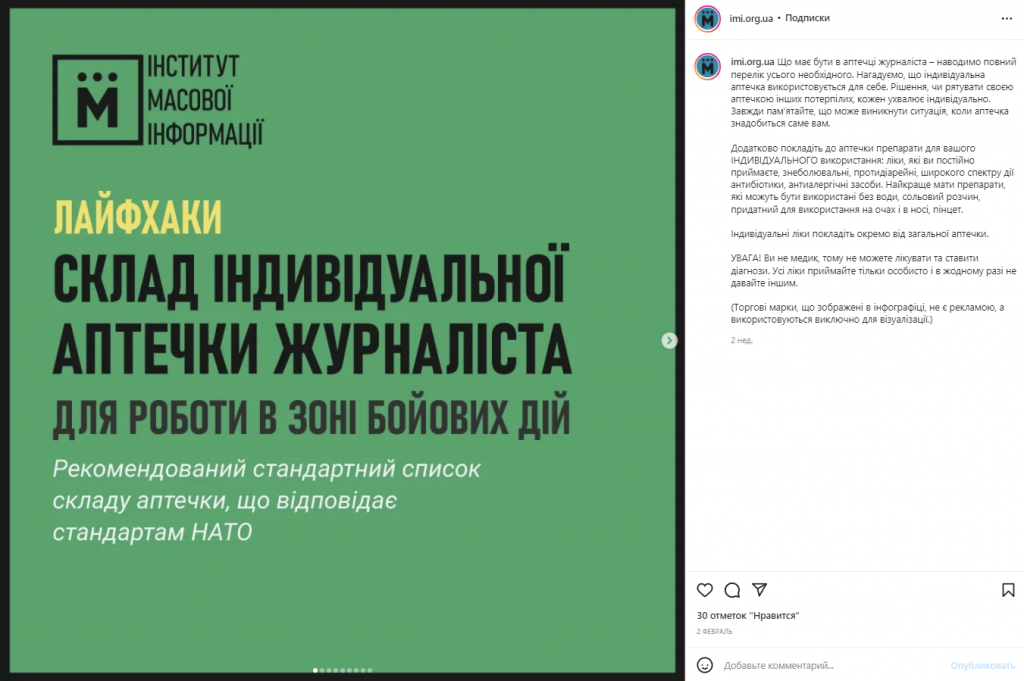 Instagram Lifehacks: THE INDIVIDUAL KIT OF THE JOURNALIST, FOR WORK IN THE ZONE OF COMBAT, https://www.instagram.com/p/CZepOu-NpZc/

Whenever I come across threatening material, I spread information to my father to warn of possible threats and know about relatives’ plans in case of an emergency. The first thing I sent my father was a memo published on the website of the Ministry of Defense entitled “What to do in case of emergency or war.” https://www.mil.gov.ua/content/pdf/NS-WAR.pdf  It was in December, then every time I received new instructions that I considered worthwhile, I shared them with my father.

You: Dad, hello. How are you?
Father: Norm. Work.
You: We had a cyber audit. It seems that the risks of war are significant. Maybe we can think of a plan?
Father: OK, we’ll think about it. Mom can cleverly pack things — almost every month on the road.
You: It is different, but I think you get it.

My worrying stopped for some time after doing an old school ritual: buying a lot of matches, sault, firewood, and buckwheat. I know that it may sound naїve, but this trick worked on my mind, and I feel a little bit easier. So maybe cutting the internet will work and break this weird warfare process. I was confused when I completely understood how the pumping and escalating of cyberwar influenced people. Somebody switch off the internet… please.

You: I have not ever seen so many materials about the war. So what now Putin showed off and will not do? Propaganda has been active for a long time, and it may start from fucking provocation. I don’t know what to do, Roma, and I can’t even figure things out with my tinder crash. Maybe I’ll take antidepressants, and it will become easier to perceive it?
Roma: Calm, just keep calm. It’s a classic cold war. When they want to invade, they do not seem to warn. What kind of war is this that you said to everyone, “I will attack you tomorrow, loser”. I cannot guarantee, but usually, when they say that there will be a war, 90% that it will not happen.

Then a friend of mine shared memories of his childhood during the Cold War and assured me that fear of a nuclear strike is much worse than now. Meanwhile, I decided to take a short vacation and took a four-day trip to Athens.

Ann: Hi, I’m coming up with a meme for a message that is lacking in the Western critical media. Can you help with the picture? The text is as follows:

I just talked to my Greek classmate yesterday, who is very left-wing and critical. And for him, defending Ukraine is a trap of America.

You: America is promoting this topic very strongly in the media. And Americans are constantly pretending to panic. There are rumours that the US embassy will be in western Ukraine.
Ann: It is necessary to promote the message that ignoring Ukraine to annoy America is just Imperialism that counts only with force.
You: There are a lot of Kremlin’s propaganda and manipulations in the international media discourse, about Ukraine as armed nationalists, failed state, pressure on the Russian language or that Ukraine is a puppet of the US….

I’m just thinking a lot now about how to counteract the information war adequately, not only purely psychologically to calm myself down not to panic, but what messages to produce, with whom and how to communicate.

And what I came up with is a thesis that is still so unformed, embryonic, but “if we ignore current events, it will be worse absolutely for everyone. We can’t create a utopia somewhere using the global common goods, and the rest of the world – well, you figure it out yourself.” The problem is complex, multilevel: here is business, corruption, and the human will to power – modern Imperialism and postcolonialism in action.

Everyone has problems, and it’s just that today they are more pronounced in Ukraine (if we talk about Europe). And it is the Ukrainian population: the military, doctors, journalists, civilians who may die as something begins.

It was hard to imagine while the war was something faraway.

You: Anya, hello. I have just researched some OSCE docs. Did you know that the observer from the OSCE in Russia, Mr Vladimir Zheglov, is a fuckin Kremlin propagandist? I just saw his Twitter. Google referred me to his articles where he mentioned “armed nationalists”, and their main dude Alexander Lukashevich puts the same distortion by his statements for TASS. And then NYC times use the Kremlin’s vocabulary. Perfect circle! 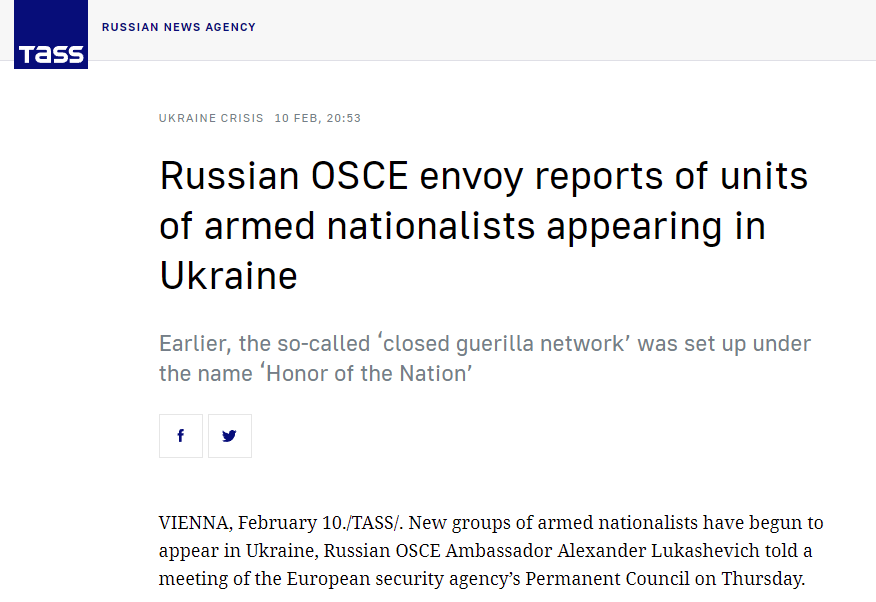 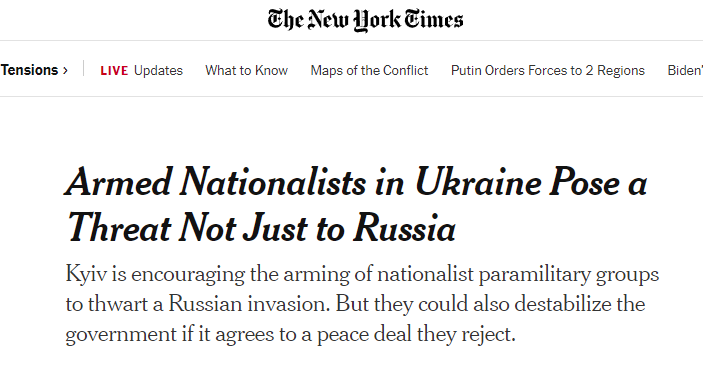 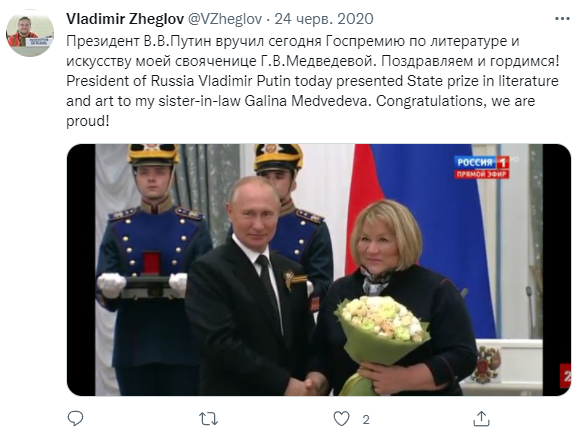 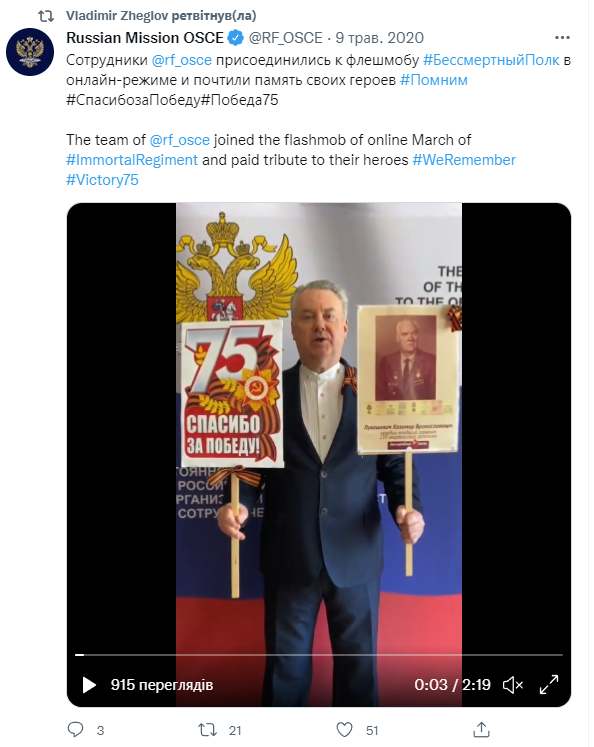 Anna: No, I didn’t know. Let’s try to gather evidence that Zheglov has sympathy for the Kremlin. We suggest that one of the initiatives aimed at monitoring disinformation turn to the OSCE. 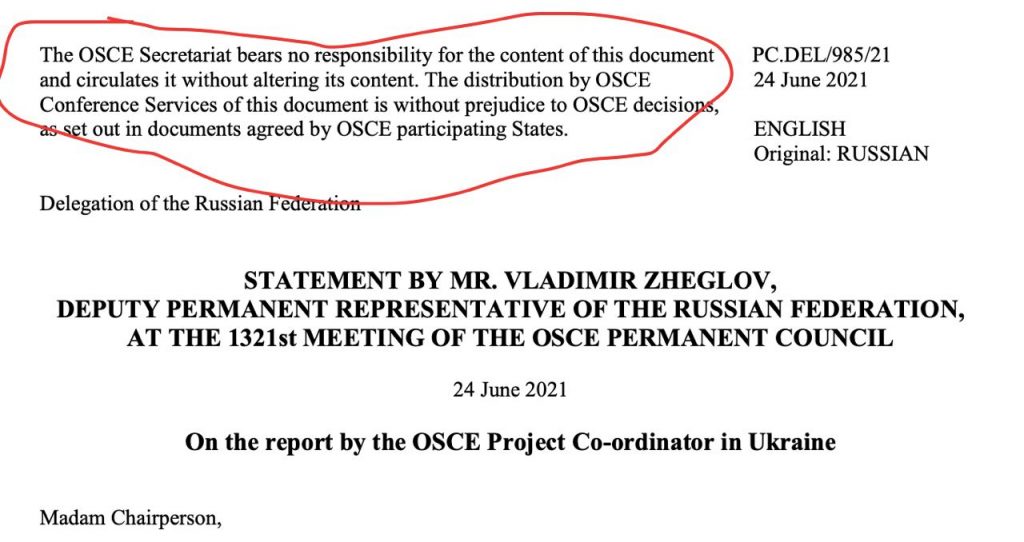 They have such a logic of freedom of speech that everyone must be represented. But this raises questions about their involvement in this case in the distribution of fakes on behalf of the organization.

I witnessed the DDoS attacks on banks in Lviv. I went to the grocery, and two terminals, one after another, lost their connection with the bank. Then in the other store, the situation repeated. It was pretty uncanny because I understood that it wasn’t a coincidence. The humanitarian field of information warfare is more usual for me, but this techno dimension type of attack was completely new. I decided to share my observations with friends in a telegram group chat.

You: Yo yo-yo. Have you been to the shops today? Because I just went, and two stores had problems with terminals, and I’m just wondering if it’s a coincidence or a cyber attack again.
Iryna: I think it’s a coincidence. There would already be messages in profile groups.
Vika: I wasn’t. But my mother said that she saw 20 people are waiting in line at ATMs
Iryna: Arsen, Silpo – empty shells.
You: In my grocery, everything is fine.
Iryna: I’m constantly tired of the news; this tension is exhausting.

Father: Banks are bombing. *DDoS
You: Since yesterday.
Father: Continued. We survived.
You: Well, dads, congrats, we are at the epicentre of a total information war — the largest in the history of humankind.
Father: And you are the warrior 😉

Kateryna Kobzdar is a graphic designer, DIY researcher and media activist from Lviv (Ukraine). She has a BA International Relations (2012), and an MA Mediacommunications (2014).