Warfakes is a popular Russian language telegram channel that, along with its English language website Waronfakes.com, emerged in the first few days of the current Russian invasion of Ukraine. The channel and the website present themselves as debunking fake news, in the familiar style of fact-checking websites like PolitiFact and Snopes. Inside the Russian media bubble, debunking sites are just as likely or more likely to ‘bunk’ news that is true as they are to debunk fake news. While also a popular genre in broadcast television, Warfakes is the most popular of these bunk debunking Telegram channels with over 700k subscribers, other notable examples include rlz_the_kraken with about 200k subscribers (Silverman & Kao 2022). While the ownership of the warfares is unknown, their content is systematically promoted by the Russian state via the Facebook pages of foreign embassies and other Kremlin-sponsored cultural institutions. A close reading of the channels revealed them to consistently promote a number of pro-Kremlin narratives under the guise of questioning sources and exposing apparent discrepancies in reporting. If traditional propaganda can be defined as “the deliberate attempt to persuade people to think and behave in a desired way” (Taylor 2017), then this participatory propaganda might it be the deliberate attempt to persuade people think and behave in a desired way by encouraging them to question the ‘official narrative’, without noticing the ways in which that questioning is framed by the real official narrative. 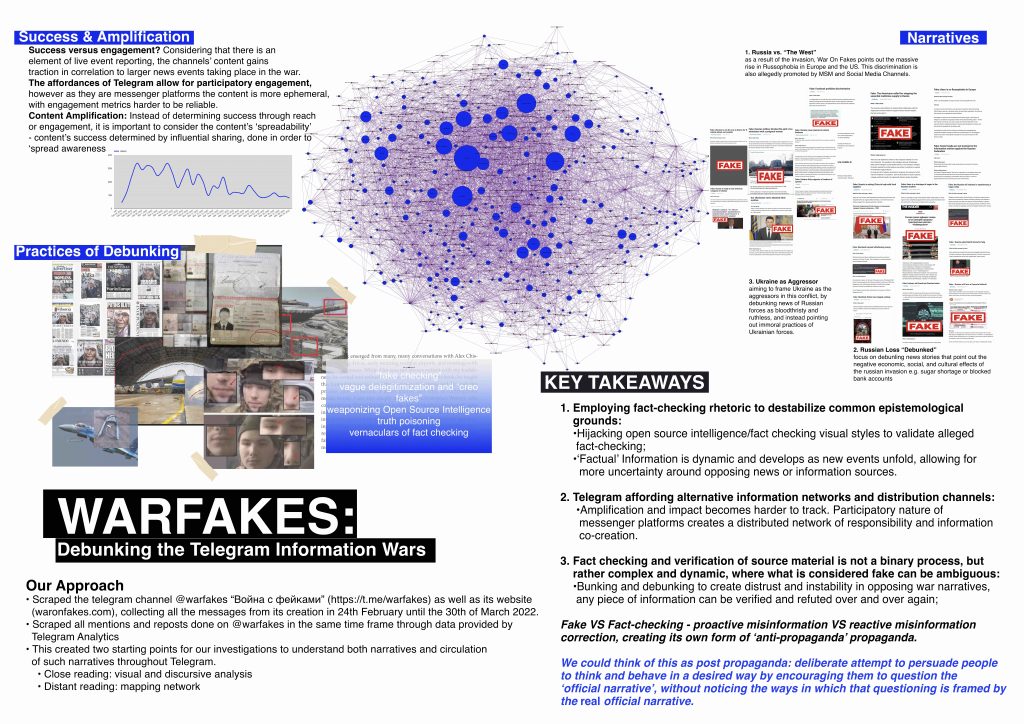 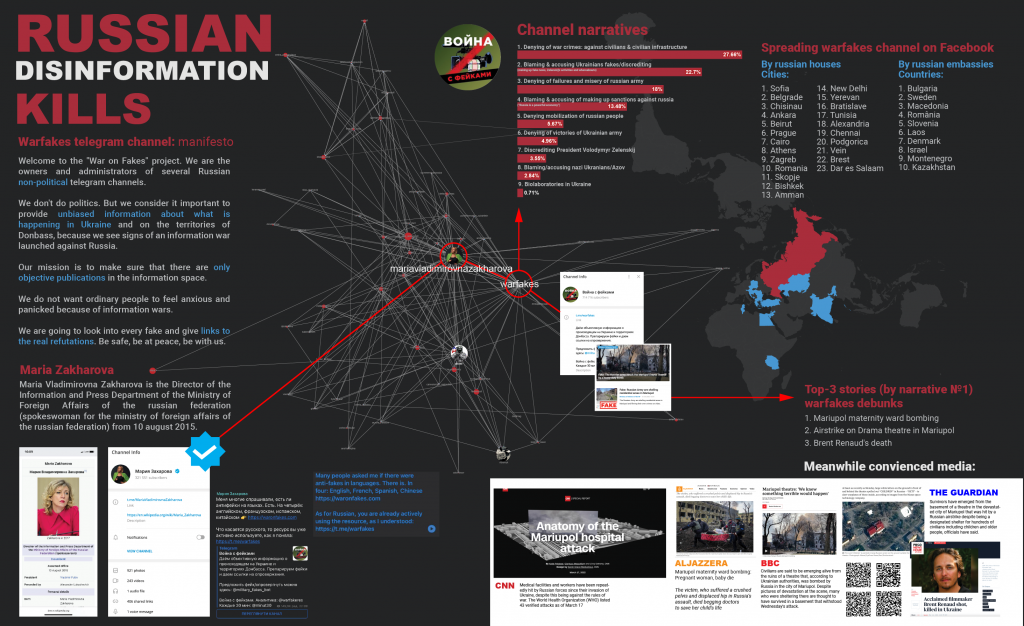 We had found evidence of the Director of the Information and PressDepartment of the MFA RF Maria Zakharova’s connection to the warfake channel. She twice reposted WarFakes content from her own verified Telegram channel. The first post promoted waronfakes.com and the second was a repost of their “debunking” of the Russian army’s bombing of the Mariupol maternity ward.

Using Meta research tool’s Crowdtangle, we investigated all mentions of warfakes TG channel on Facebook. We found that the main promoters of warfakes content were Russian embassies and Russian houses of culture, both of which are under the jurisdiction of the Russian Ministry of Foreign Affairs. Each of these Facebook pages had on average 9800 subscribers (from 49471 to 594), and each post had an engagement rate from 1482 to 5.

Additionally, a process of qualitative data analysis by trained coders categorized stories that Warfakes had “debunked” from the 24th of February to the 20th of March by close reading the top 8% of the most engaged with content (141 of a total of 1731 posts) of warfakes TG channel we faced 9 narratives:

(“Russia is a powerful economy”)

Finally we found that the most popular “debunked” stories was about the Russian army’s worst atrocity to that date*: 1.) the missile attacks on the maternity house, children’s hospital in Mariupol 2.) the attack on the Drama Theatre in Mariupol and 3.) the killing of the journalist Brent Renaud. 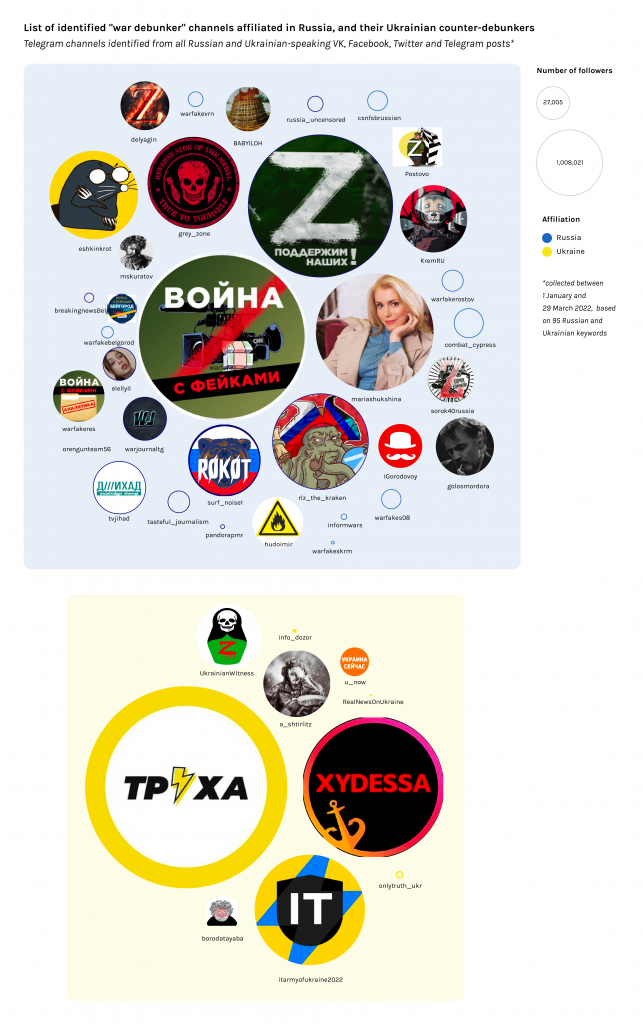