The 3th of April was the day when all of the world had seen the photos, videos and witnesses of the massacre by russian murderers in Bucha. My social networks accounts were full of “sensitive content” that day, the hashtags #bucha and #buchamassacre blocked by platforms because of extreme violence imprinted in these pictures: tortured people with hands tied behind their back, bodies of citizens lying down on the streets, some of them were killed while riding a bicycle, some with proviant they were carrying home. Raped women and children. Shot animals. russians turned our cities into cemeteries. But we should have faced the unbearable truth that the National Guard of the russian Federation has done to our people. 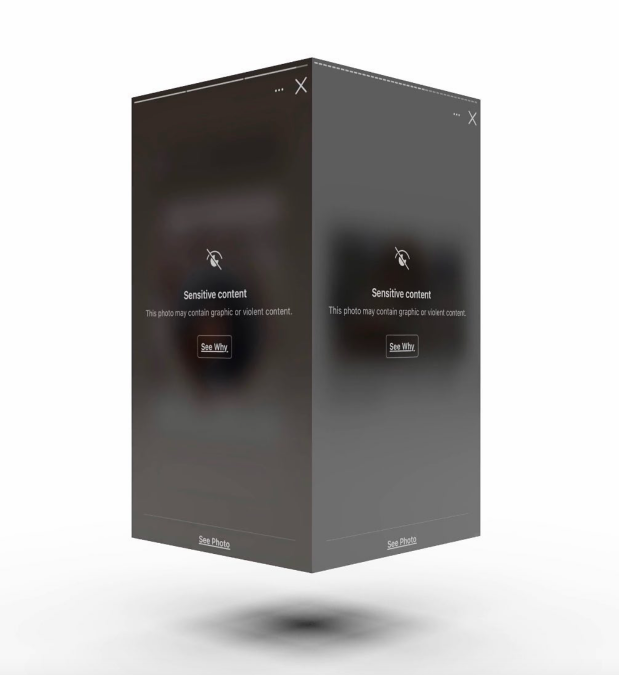 “The box of pain” by @sonyasem

Bucha is just 50 km away from Kyiv. Like any suburb, it was a small town with apartments cheaper than in the capital affordable for young families. When my family went  to my grandparents, who live in Western Ukraine, by car, we always passed Bucha. When I was in high school, I fell in love with a guy whose surname was Buchatskiy, and his classmates called him Bucha. So every time we passed Bucha, I remembered my naive teenage heartbreak. 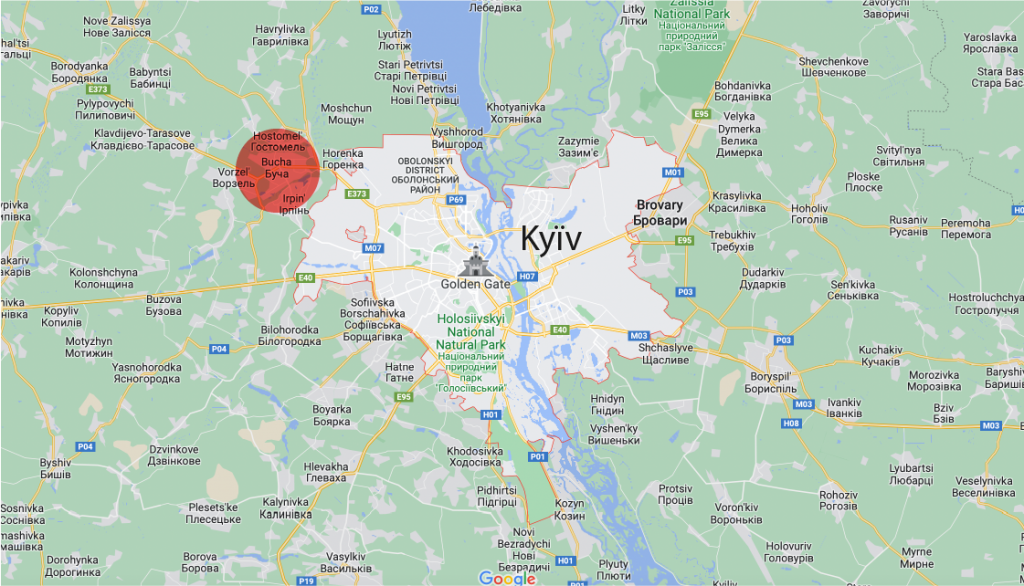 The same day russian state-owned news agency RIA Novosti (russian: РИА Новости) made an article titled  “What should Russia do with Ukraine?” where they declared total “denazification” and “de-ukranization” and actually called for further genocide of Ukrainians. Please read it carefully too, it is really important to see this distorted reality of a sick propagandistic brain. 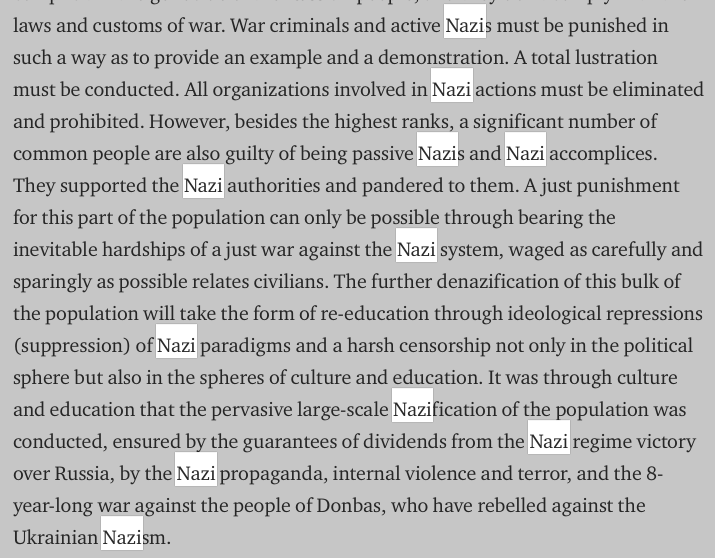 Screenshot from the translated article “What Russia shoul do with Ukraine”

The same day round  15:40, in the centre of Berlin, a column of cars with German, russian and soviet union flags drove by under police protection. My friend saw it for himself and he was shaken by a wave of anger about what he saw. Then people tell me about the “freedom of speech”  or legislation by which german authorities are obliged to admit this shitty performance. After all atrocities and war crimes, they made and are still making, russian and Soviet flags should be declared fascistic. It is the same that let the column with a svastikas ride in the town centre, honking loudly as a sign of pride in their regime. 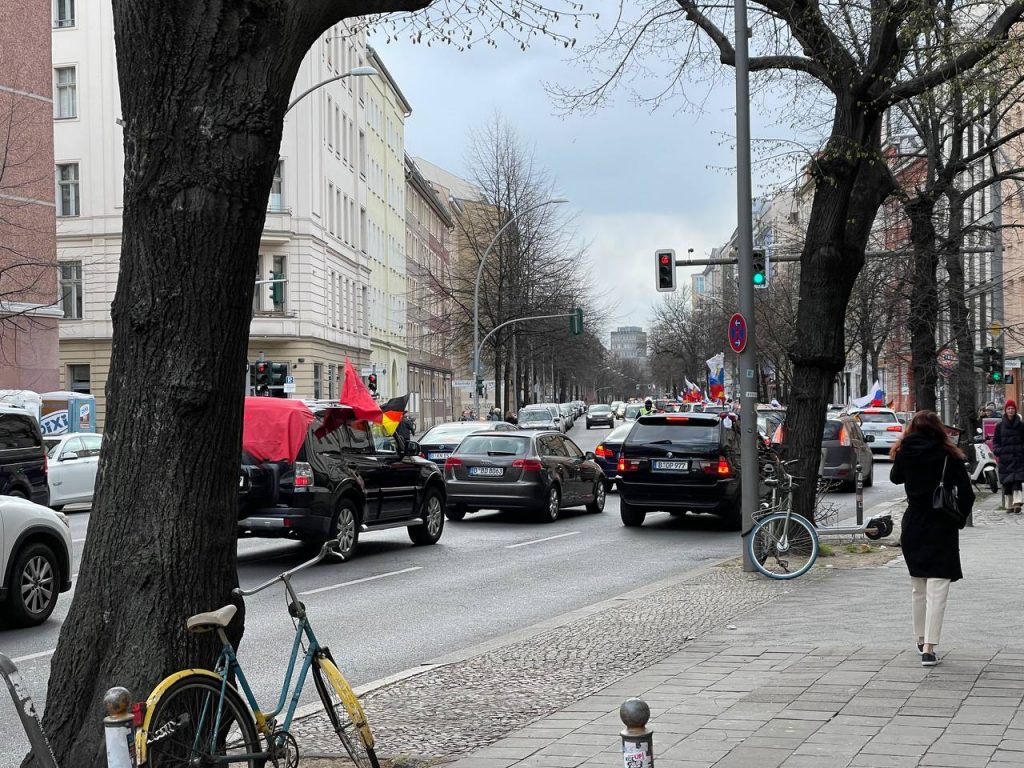 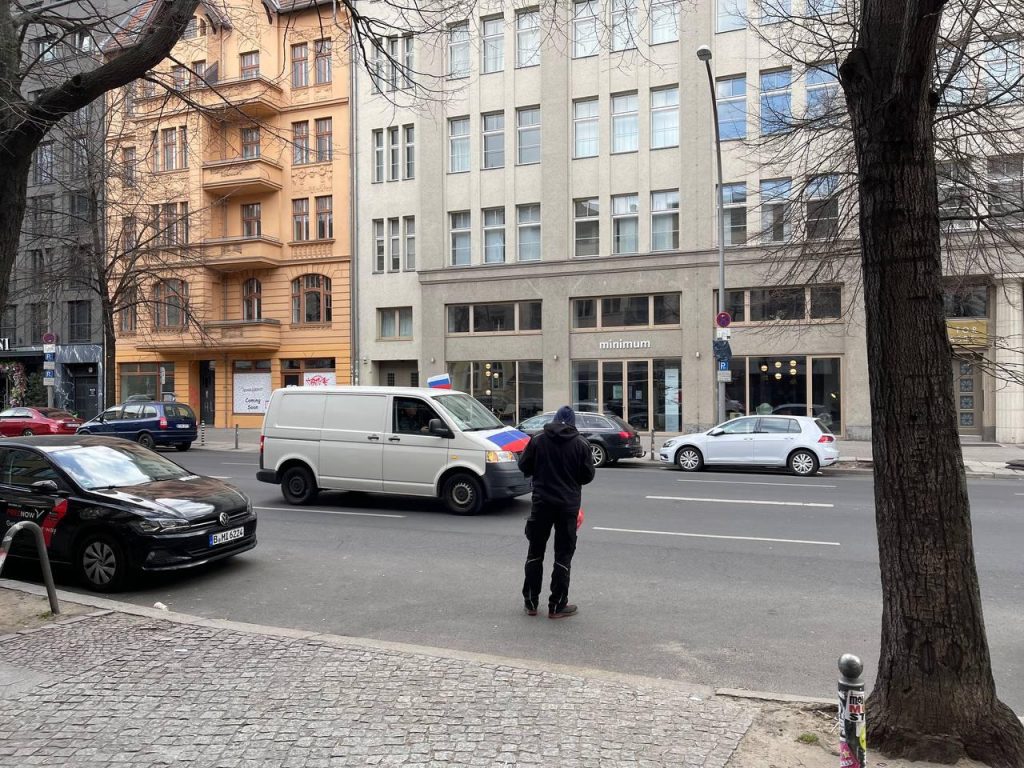 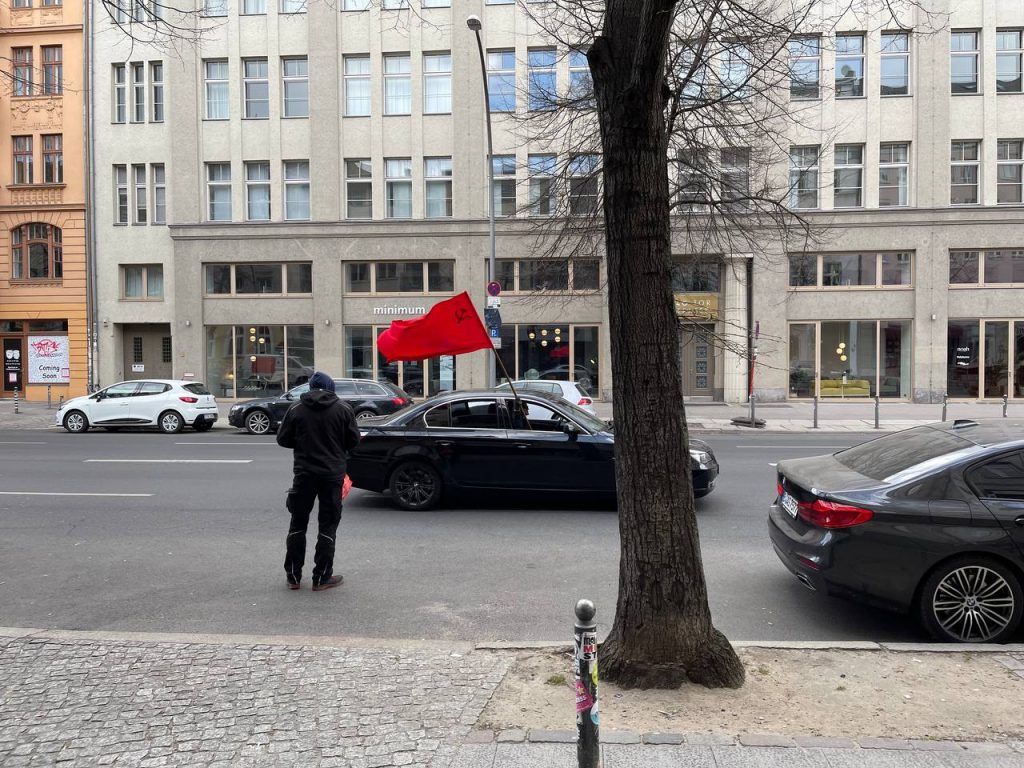 Massacre parade in Berlin from Institute of Network Cultures on Vimeo.

Then my friend and me found a couple of publications in russian and German media, in which they told us that the reason for the parade was the protection of russian-speaking people. According to the Berlin police it was almost the same  “Keine Propaganda in der Schule – Schutz für russischsprechende Leute, keine Diskriminierung” which means “No propaganda at school: security for russian-speakers, no discrimination”. I was astonished because it was exactly the same reason they used during eight years in Ukraine to justify the occupation of Donbas and annexation of Crimea.