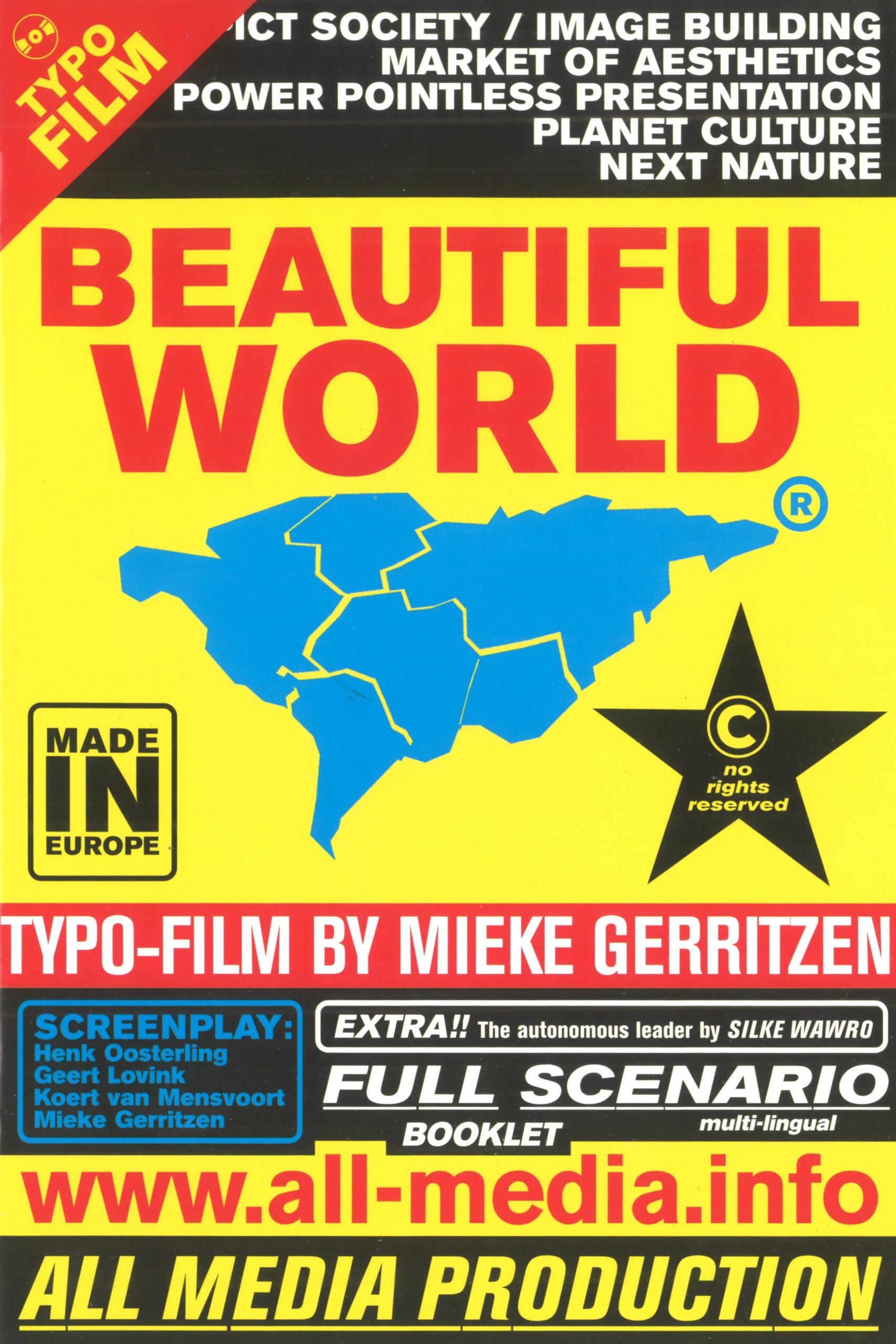 Visual inflation as inspiration
Beautiful World is a film about a feeling that prevails the world at present. This feeling is one of joy, inspiration and refreshing innovation, but also one of being oppressed and manipulated through technology and economization. I call it a feeling because we can’t concretely define the situation: we can’t speak of left or right, black or white, text or image. It is a grey area, in which a mix of different cultures and countries, tradition and innovation, commercialism and idealism is searching for legitimacy. A world in which fusion and blending are forming an image of the future.

The New
The film Beautiful World was created in 2006 but still addresses today’s political and economical issues. We cannot say that our world was better or worse in the past, I mean really the past. Our position in life is just different now; the affluent West has built as much as it possibly can build and has entered an age in which innovation and entertainment are what keeps the world running economically. The popularization and democratization of art, science and media demands that culture find a new position for itself and set new goals. People continually want something new; our economic system is based on this. Products are not developed for durability; technological developments ensure innovation means necessary. And it is not only products that do not last forever: organizations are changing more rapidly as well.

Stars to Consume
The creative industry ensures that a small group of popular artists, creative heroes and superstars is reproduced everywhere, even in the supermarket, and presented as new product lines all around the world. Is speed making life more superficial? Do change and innovation mean that what is old no longer has value or meaning? If art is a reflection on society, the artist’s subject matter will, for the time being, originate in the consumer industry and consist of media, products and identities. Beautiful World cites, refers to and makes use of this material with great enthusiasm.

Quotes and Slogans
Beautiful World is a typographical film which employs many quotes, statements and slogans by well-known and less well-known thinkers, artists and advertisers, from book titles, film texts, and spam e-mail messages, and so on. The film also contains original texts. Typography has a broad meaning in this production: any image that has become iconic through fame, repetition and recognizability may be regarded and used as typography.

Image Culture
This typographical film is an experiment in consciously assigning intellectual value to the image. The film occupies a gray area and concerns itself with image culture. Today, provocative logos and styles are designed to make us feel connected to each other. Those wishing to stay afloat in the information society cannot afford to ignore the importance of the image. The media are becoming more and more image-heavy, and the objects around us are becoming media. Beautiful World is a socially conscious film which reflects on what is happening in the world and makes viewers think.

Credits
The screenplay for Beautiful World is made up of quotes and statements, some of which have been collected and selected for their content and others of which have been written especially for the film. The philosopher Henk Oosterling, the media theorist Geert Lovink and philosopher Koert van Mensvoort assisted with the selection and also wrote texts of their own. The method of compiling the content has been used previously in my publication like Everyone is a Designer and Mobile Minded.

Reading Images
Thus far, the typographical film is a genre which has yet to establish its legitimacy. The (new) meaning of typography is an interesting way to show that icons such as a portrait of Barack Obama or Madonna are legible signs, just as words made up of letters and familiar logos are. The language of identity has come to determine our (visual) culture. We can read images and look at text.

The subject of the film is the meaning of the image in relation to current events. This film seeks to show that the world is being “dumped down” because practically everything has become linked to economic interests.