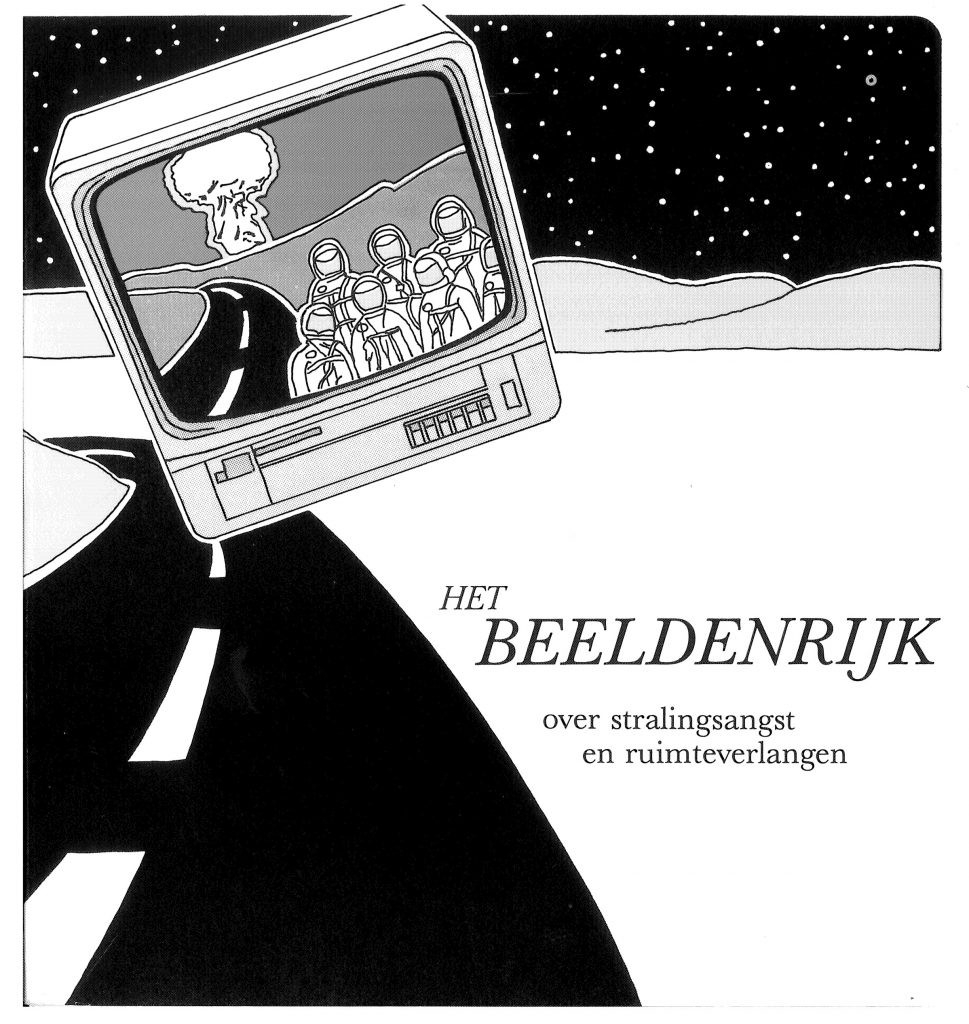 Finally online: the first book of the Adilkno collective, in Dutch (not translated), Empire of Images: Radiation Fear and Space Desire, published in 1985 in Amsterdam by Uitgeverij Raket en Lont. This singular mix of casual theory and every day narratives, closely connected to the autonomous anti-nuclear and anti-war movements of the time, is a political psycho-analysis of three relevant films of that period: Paris, Texas, The Day After and The Right Stuff.

Empire of Images was written by The Foundation for the Advancement of Illegal Knowledge (Adilkno, Bilwet in Dutch). At the time, the group consisted of Basjan van Stam and Geert Lovink, soon followed by other members after its publication. Inspired by Klaus Theweleit’s Male Phantasies, this extra-academic exercise in film theory, Barthes-like semiotics, psycho-analysis and strategic thinking for social movements tried to capture the crisis-like psycho-sexual situation of its time. Published right after Gorbachew came in power, The Empire of Image envisions a take-over of the media sphere, overcoming the nuclear arms crisis of the early 1980s soon to be followed by the explosion of the American space shuttle Challenger and the Tchernobyl disaster that spread actual radiation across the rapidly declining Sovjet block and Europe—both in early 1986, two traumatic events that signalled the end of the Cold War and the beginning of the global media age.

Get the book here