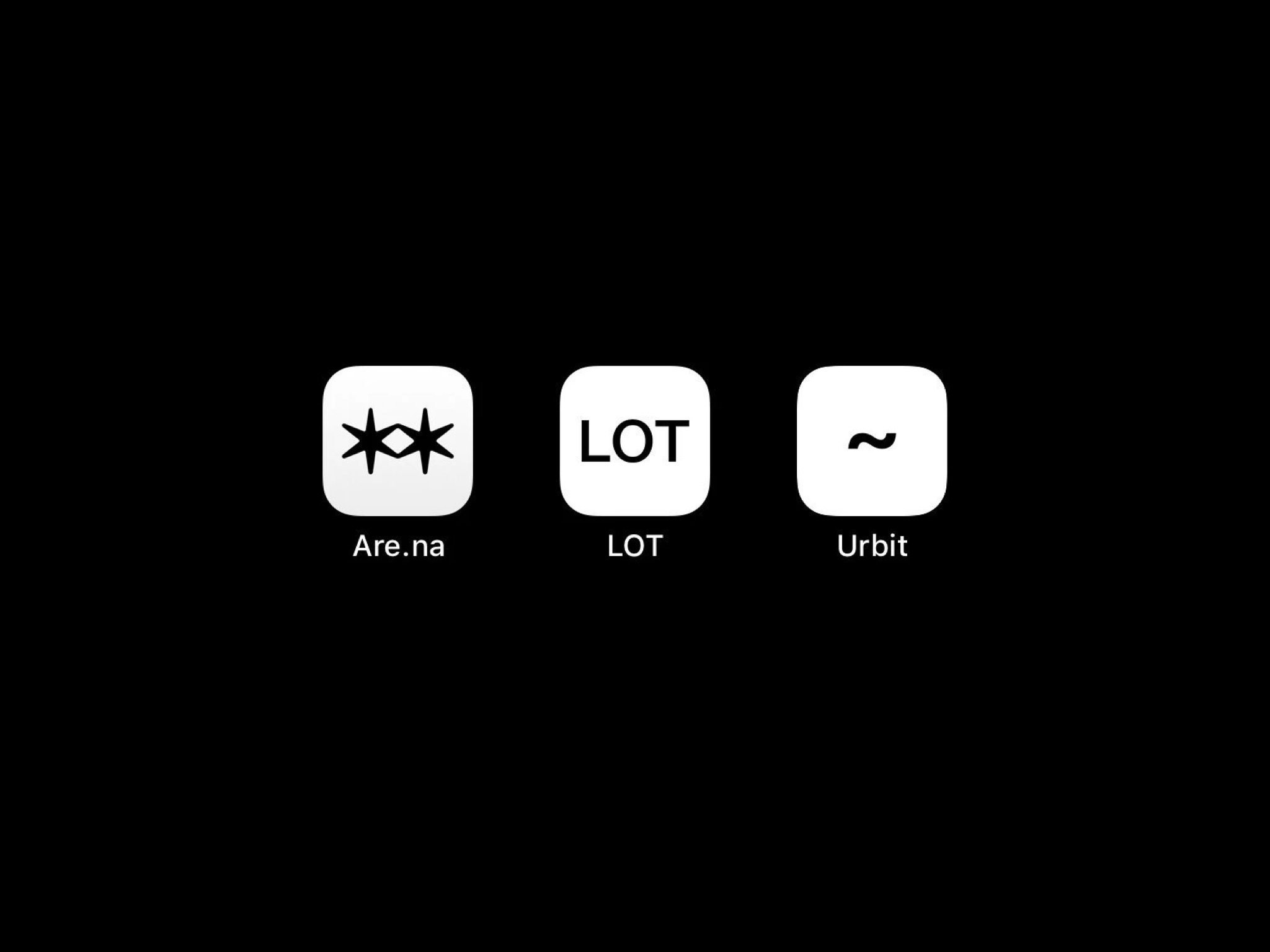 I found the image above some time ago while browsing Are.na. Are.na is a social-bookmarking network. LOT2046 is a subscription-based service for black turtlenecks and ‚personal care items’ like floss, tattoo guns, or autonomous homesteading vehicles. Urbit is a peer-to-peer network and operating system originally conceived by a racist. (Francis Tseng wrote an elaborate piece about Urbit. Very much recommended!)

The current hype around Clubhouse made me think of this app arrangement again. Clubhouse is exclusively available for iOS and invite-only. Whether this is a marketing scheme or a technical limitation due to the beta phase remains to be seen. In any case, it seems to work. And it made me wonder, what it is about artificial scarcity that is so seductive, especially for artists and designers?

To those apps I could easily add tools like Notion, Substack, or Roam Research. Here is a rundown of their tag-lines: Are.na is here to ‘build ideas mindfully. Organize your Internet. Expand your brain.’ ‘Urbit is a clean-slate OS and network for the 21st century.’ LOT runs on an OS that is ‘powered by a community that helps to research new ways for us to connect with ourselves’. Roam Research is ‘a note-taking tool for networked thought’. Notion is the ‘one tool for your whole team’. This is where you can ‘write, plan, and get organized’. And with Substack you can ‘take back your mind’.

All of the above offer different services and products. They have varying revenue models and different people behind them. But they all want to offer an alternative to the current set of tools that we have at our disposal. 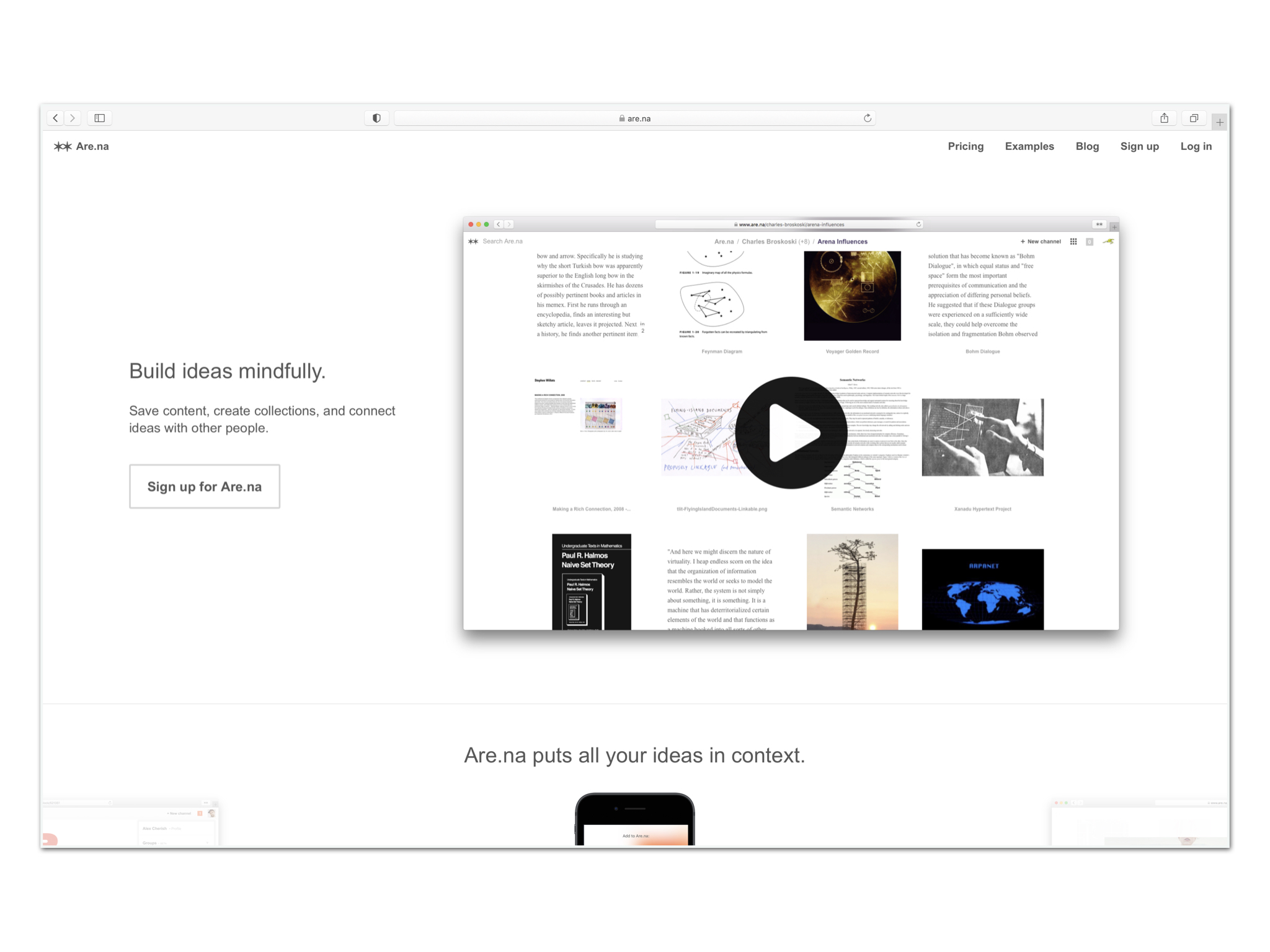 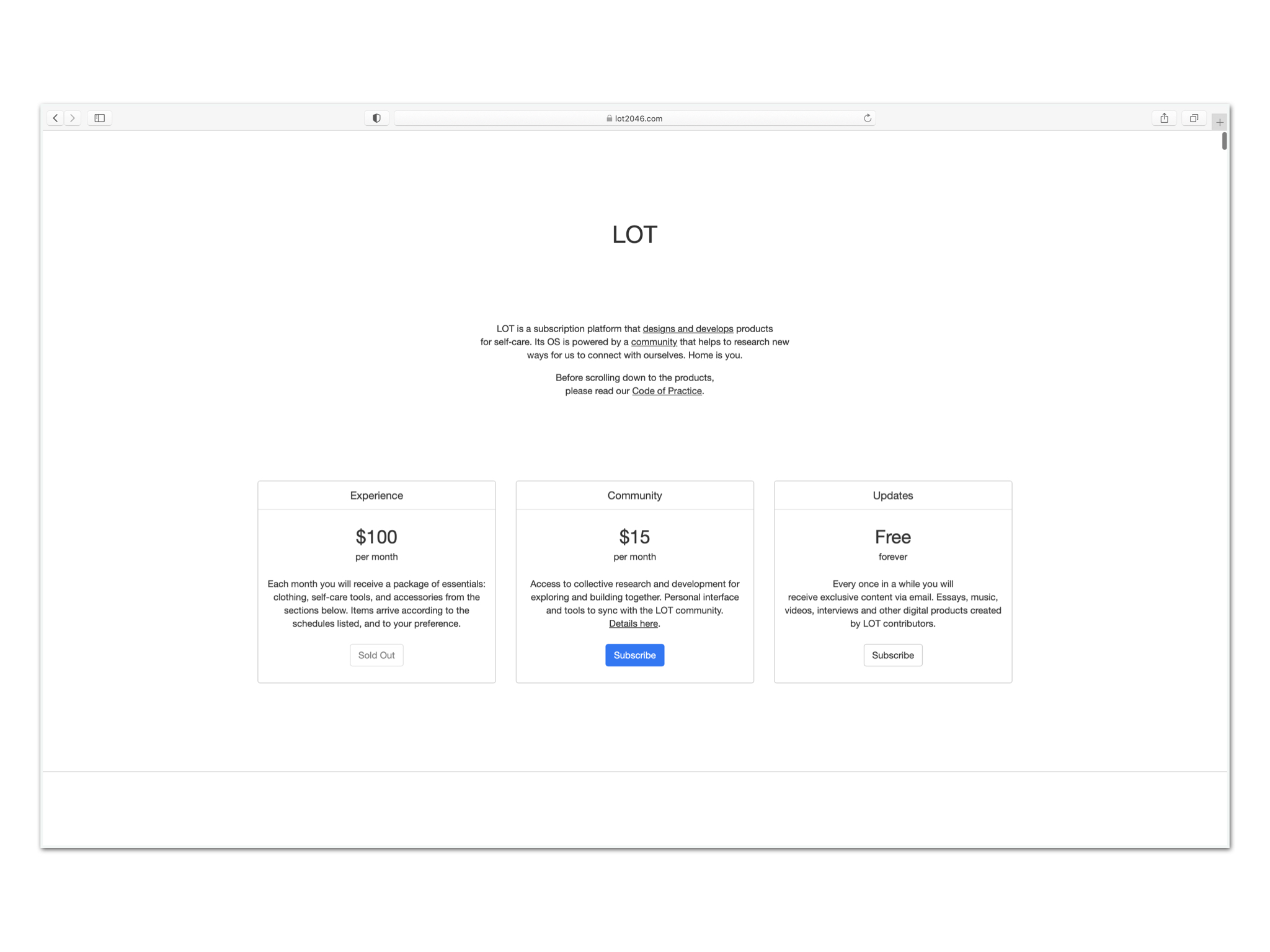 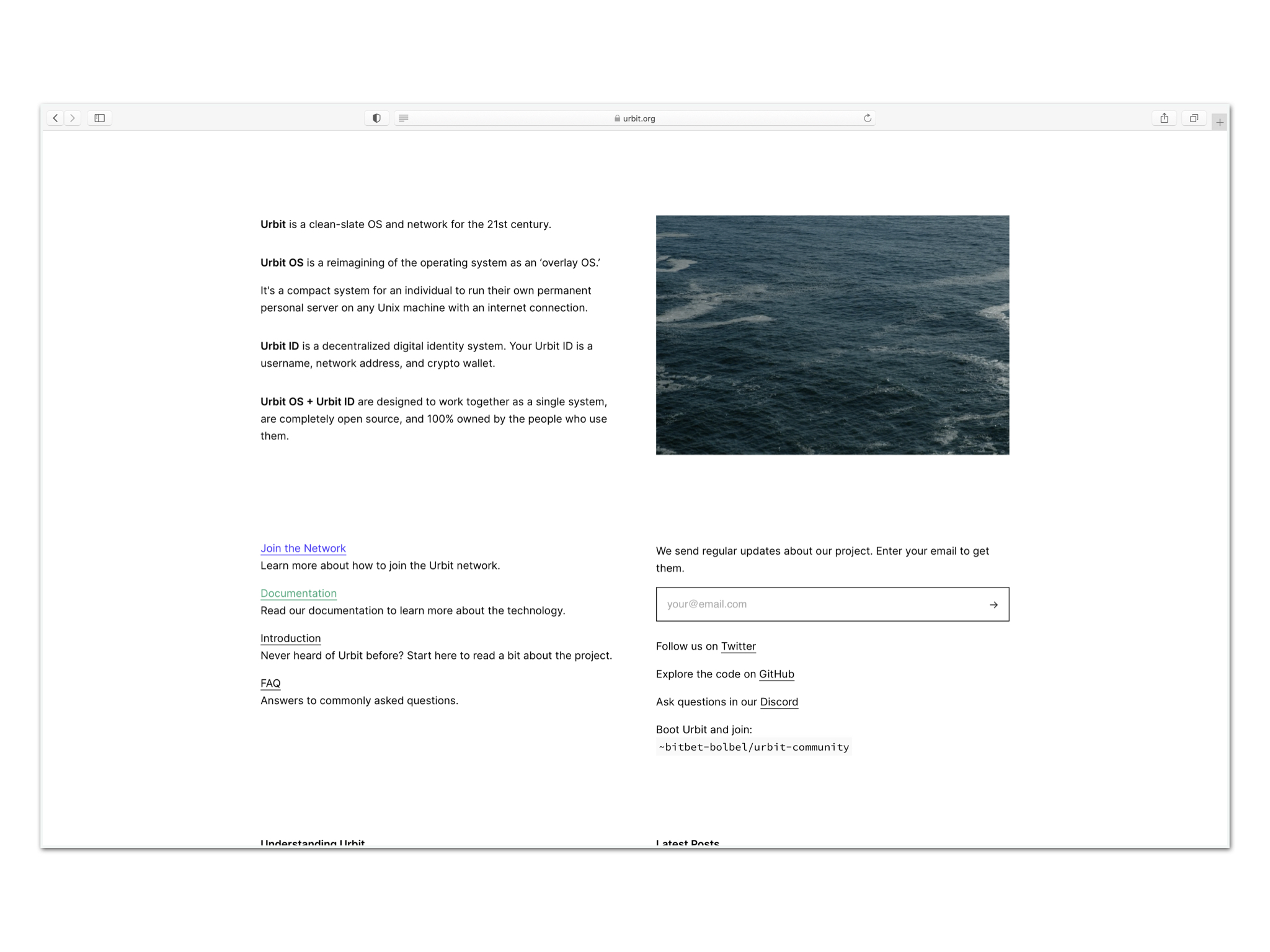 The modern(ist) graphic designer is rational. He is intelligent and eloquent. His mind is sharp. He knows how to use his words wisely. He’s a thinker and he knows his craft. He conducts his research thoroughly. Unlike myself, I have ADD and dyslexia and I often struggle to put my thoughts into a comprehensible structure. But by using any of these tools, I can become a smarter, more organized, clutter-free, more mindful, more efficient, healthier, simply a better person (designer). All I have to do is climb the paywall.

Tools and services on the internet tend to be free and doing research is more fun if you don’t have to do it alone. So instead of, only paying for the tool I sign up, subscribe to, or boot into the community. In the case of Are.na browsing through other people’s content is a part of the tool. This is how I found the image above. And I have discovered lots of other amazing things because of Are.na. But I would lie if I said that I’m only on Are.na because it’s practical. I’m also on Are.na because it’s cool. Having the Are.na link on my website implies that I belong to a certain group and that people can expect certain things from me. So far, so normal.

What I think is irritating is that all these apps have all adopted the same kind of language. Are.na, LOT and Urbit in particular make use of a visual language that promises exclusivity. 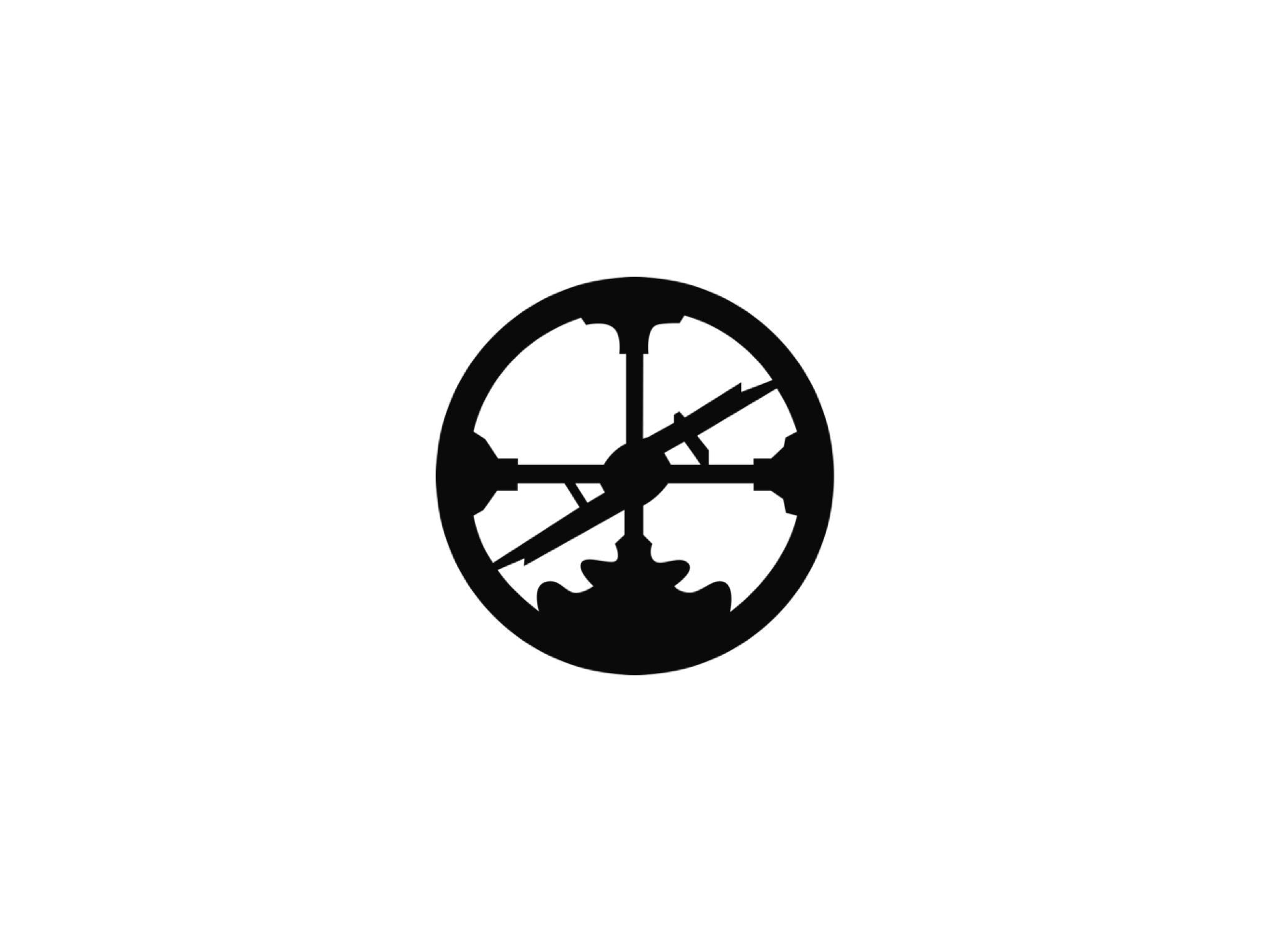 It’s a language that stands for rationality, simplicity, and discipline. It’s the wet dream of Apple Store symmetry. It fetishizes the stark and functional, in black on white, hides pleasure, and capitalizes on your desire to be a productive member of society. It’s the machined precision of hard angles and beveled edges, the ornament of the scientific method. It says: What you see here is factual. It’s Adolf Loos and Dieter Rams quick scoping you from the ivory tower.

And I get it. I also think it’s hot. My website is set in black with lots of white space as well. In the case of Urbit and LOT, I don’t expect anything else. But with Are.na, I find that the design clashes with the values that Are.na seems to represent. Exclusivity and an inclusive community don’t go well together. 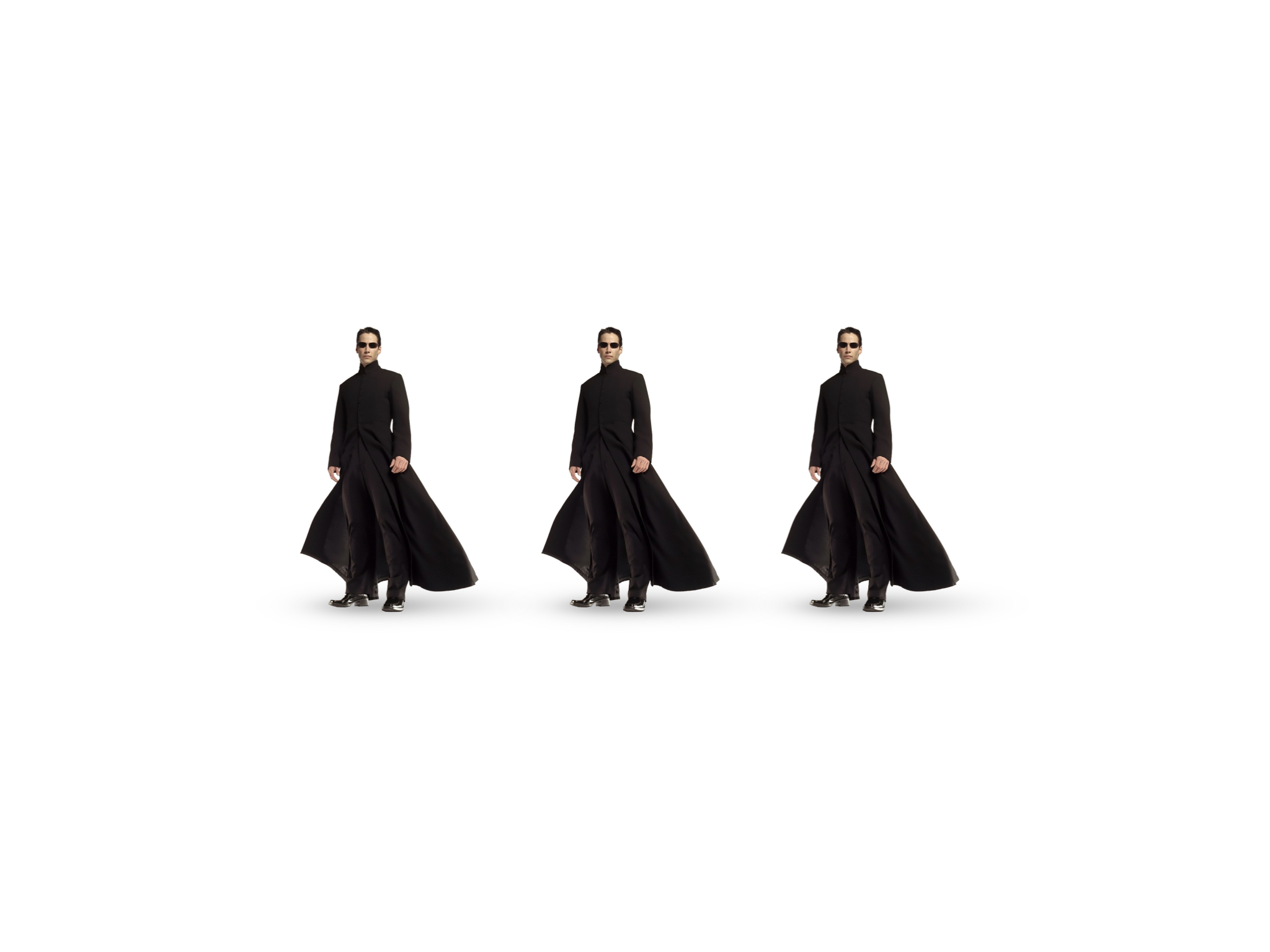