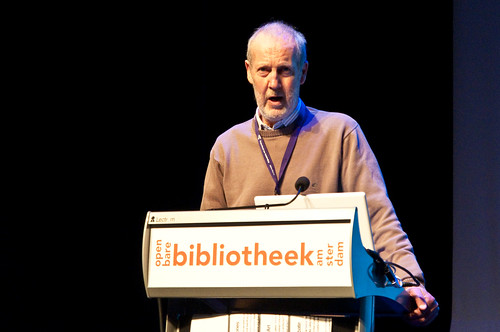 I will present a history of encyclopedias with respect to Wikipedia. I will specifically focus on the question, whether they were conservative or radical enterprises for their time. It should be noted that encyclopedia is a very mobile genre. It has meant different things to different people throughout time. It can be traced back to ancient Greece and Rome but the word itself is from the 16th Century England. However,

Encyclopedic can be taken as meaning an inclusive discussion of where you get your knowledge from and where you apply it. In this sense Leibniz and Bacon can be considered encyclopedic authors. Even fiction from 20th century can be classified as such, Joyce, Eco etc.

While these examples have been radical and challenging, historically most of encyclopedias have been conservative. The tendency to be conservative can be traced back to the fundamental purpose of an encyclopedia, after all, what is an encyclopedia but a collection of existing texts. This has been true for other cultures as well like the Chinese. The Chinese emperors supported huge encyclopedic efforts throghout history to support their regimes and bolster national pride. In the West, medieval scholars mostly did conservative work; digesting the ancient Greeks with Christian theology. They used different analogies to illustrate their attempts; one of them was a mirror (Famously used by Vincent of Beauvais with his Speculum Maius in 13th Century). A mirror implied that they could capture a snapshot of a world, that the human-worldly affairs were essentially static.

Given these conservative encyclopedias, the question is, can you even have a radical encyclopedia. The answer is, it is possible when the time is right. A very critical example is Francis Bacon. Although he did not produced an encyclopedia, he talked about possibilities of amassing and organizing knowledge. He also produced his own trope to illustrate knowledge; a tree, which is slightly more radical than a mirror. A tree can still grow where a mirror is static. Bacon challenged the Aristotelian categorization of knowledge that was in use for centuries where he divived knowledge in three categories;

At this time (17-18th Century), compilers were still trying to produce encyclopedias which presented knowledge as part of an organized whole which could be understood by an individual reader. The idea was, one can read it from cover to cover and achieve enlightenment. In that sense, encyclopedias has a mission of being a personal university. This was challenged by the massively expanding knowledge at the end of 18th century, it was around this time that compilers started writing scientific dictionaries. These were an attempt to include scientific knowledge but they also retained the old idea of a personal university, signifying a transition in the mentality. An example is Ephraim Chambers’s Cyclopaedia (1728) which described knowledge as a course of learning. Scientific Dictionaries represented a micture of radical and conservative in this regard. Chambers is followed by the Diderot and d’Alembert and their Encyclopedie which was again a transitional work it still tries to provide diagrams that explains how it all works while having an alphabetical organization which implied you look it up, not read it from beginning to end. Diderot was a radical in many other ways; they used many collaborators and they used cross-references, also they used the encyclopedia to push social change.

During the 20th and 19th centuries, multi-volume encyclopedia came to the forefront. Most famous of which is the Britannica, which featured specialized treatises and combined them with shorter, general articles. These works were essentially conservative. They didn’t include any self-criticism. They made many assumptions about the nature of things. They had a Victorian confidence concerning achieving knowledge and preserving it. 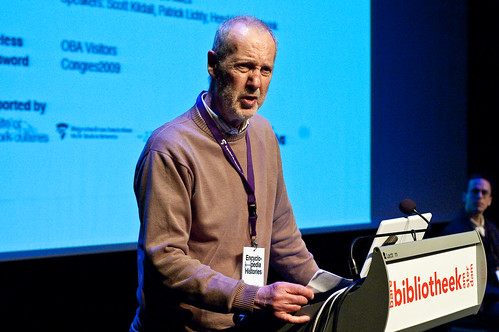 Wikipedia; It it radical?

While Wikipedia is certainly not conservative on talk pages, many people don’t read them. From the public point of view, the article pages mostly reflect a 19th century multi-volume encyclopedia. This is a very conservative thing to do.

The NPOV is at the root of the problem, combined with majority decision making. These lead to a consensus which is very limiting. It doesn’t allow you to see different voices and result in an article that sounds very sterile and boring. It would be much more interesting when dealing with a controversial topic if they could take different points of view and give them one ofter one another instead of aiming to achieve an uninteresting consensus. That would be a very radical project. We can argue, based on this that, Wikipedia is very radical except for all the articles.