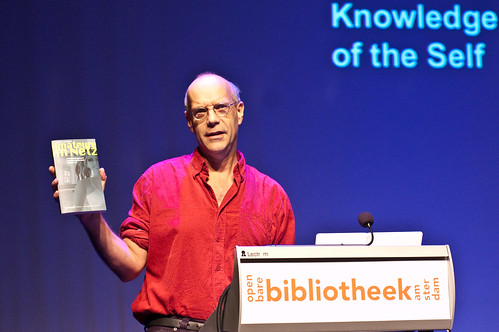 Wikipedia is a part of Web 2.0; people consider Wikipedia social media. It an ambivalent project: one the one hand there is an immense interest all over the world. On the other hand, the actual involvement and contribution somehow stagnates and does not really reflect the variety and diversity of its user based. It is considered very rich, but perceived as very uncool. Why is this double face of Wikipedia. The dusty encyclopedia side makes it uncool, or maybe the primitive software and interface? Maybe the absent relationship to waves of user profiles in other Web 2.0 practices. These are the concerns that we used as a starting point. What Wikipedia in fact needed is an outside layer: a semi-detached, critical point of view.

Wikipedia is too important to be left in the hands of the Wikimedia foundation (this is a group of insiders/ editors). Not that we wanted to exclude anyone; but it is a point of emancipation that we have a conference without the Wikimedia foundation. We nee wider, more critical perspectives, but also a more worldwide perspective. The fact that there is such a small group of editors and contributors is a cry/ call to do something about it. We have to analyze this situation. Wikipedia is used by all, so it is a concern for all. In the fist sessions, we will see four broader perspectives on Wikipedia.