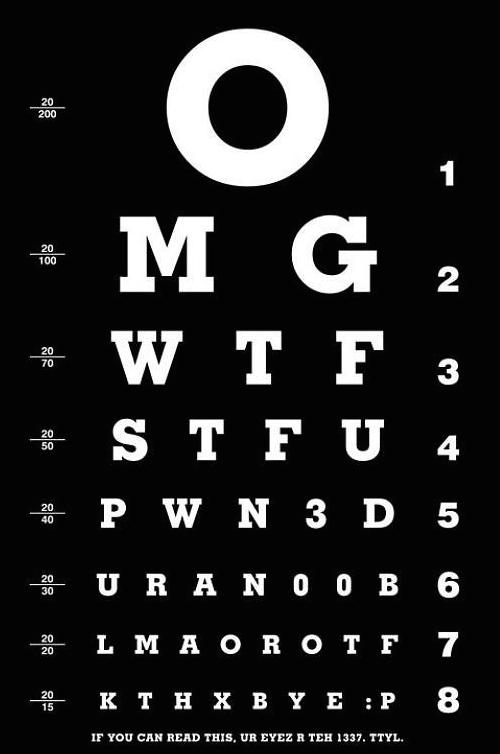 Let me guess:
you’re reading
these very words
on some kind of screen.

True, you could have printed this very blogpost – or the whole blog it belongs to, or your favourite snippets’ selection from the website the blog is part of, or maybe even some carefully self-curated .pdf package aka squeezed bulk download of read-only-mode articles & longforms, to indulge in while tanning under some good ol’ display-impacting bright sunlight (with no hyperlinked distractions around the corner and a vintage underlining pencil clenched [or bogarting] between your lips).

Otherwise, you could be relying on some text-to-speech application – even in this very moment – so that these preliminary thoughts would be reaching your ears as virtually spoken by one of the many male-or-female / old-or-young / realistic-or-robotic / slow-or-fast / regional-english-accent variants from the synthesized voices’ package offered by your device-of-choice (and you can keep chopping those organic vegetables with your hands freely wet and some state-of-the-art / noise-cancelling / blue-tooth headphones on, peacefully away from the uncertainties of h{aphazardl}yphenated, impermanent digital typography and the constraint of eye-to-LCD/LED symbiosis). 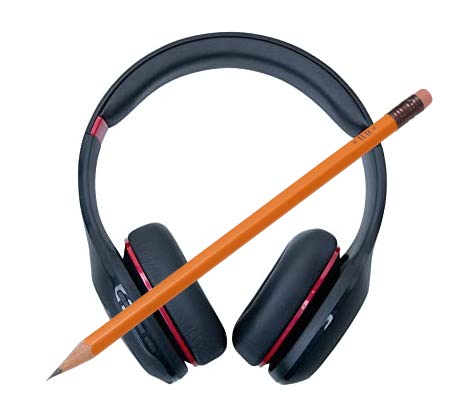 But no, chances are this intro of mine was something like an exercise in speculative design – fictive not because of its unattainable features, rather due to its implausible or infrequent actualization.

The 99.83% reality here is that you’re probably still reading these lines on the aforementioned average screen – the only novelty being that in the meantime you could be vaguely searching for that vocal software icon you spotted some month ago in your preferences’ panel..

NOTA BENE: not considering e-books and e-reading here → a specific approach mimicking (vintage?) paper reading and belonging to either autonomous gizmos with their own electronic ink display (Kindle / Kobo / etc.) or peculiar fruition choices on multi-tasking backlit devices (browsing an .epub in full-screen on a laptop / skimming a digital newspaper issue on a tablet)

So we have this fuss of words / ciphers / [emot]icons / “intertwingled” info, mostly popping up or appearing within separate windows / IM bubbles / notification bars, spicing each and every screen gesture / interaction, across different yet converging little rectangular gadgets – sometimes screaming for attention..

We’re talking about something that is rarely pure text (as in the steady, black-and-white, bare Gutenbergian equivalent); these aggregates of abritrary signs are usually fueled with color and interchangeable font properties, ignited by the blatancy of synchronous communication or glocal newsfeeds, occasionally coupled with or accompanying sounds and images, but above all dynamic – meaning any given string can be moving per se (think about lower third sliders/tickers or chatting baloons’ cascades), be moved by a user within a display (as in re-arranging multiple sources during a presentation, copy-and-pasting textual excerpts or just surrendering to the slot machine of pernicious infinite scrolling – cfr. Silvio Lorusso blognotes), totally redirect the screen-based reader somewhere else (as in clicking on some “anchor text” or inserting a query into a search engine).

Proposition: can we consider this intense[ly] visual[ized] set of activities as a weird, unstable form of cinematic engagement – even in the (rarer and rarer) case of a multimedia trip completely devoid of audiovisual stimulation?

In other words, can we index the habitual usage of graphical user interfaces (customary if not ubiquitous, specifically in the mobile segment) as a kind of – maybe distracted, certainly diluted or simply unnoticed – video experience and/or fruition?

+ + + secreting, more or less consciously, not-so-secret metadata while roaming on the web is not part of this discussion / recognition – same goes for the subterranean (almost invisible, yet shockingly resurfacing as a Freudian nightmare as soon as things go awry) command line nature of computational machines in  general + + +

From an outside point of view – literally speaking – a person constantly bent on his/her device(s) is a quite uncanny beast (precisely what parents / boomers / teachers would usually [drastically?] describe [dismiss?] as a “sad” or “autistic” approach to the external world): the body unnaturally frozen in some strange posture, the face awkwardly frosted or hypnotized by the device’s light cone (ghostly effects assured in dark or shadowy environments..), the thumb(s) feverishly tinkering along the line of some impenetrable trance.

And yet, if we could only
peek at / catch a glimpse of
+ ? + remotely access + ! +
(dammit!) SEE what is going on
inside that flashing rectangle..

Presumably a whole narrative universe,
filled with forking-path alternatives
& constantly-refreshing scenarios,
is what is devouring
our actual user’s
attention span.

Now let’s imagine, on the wave of this momentary curiosity, to share for a while that priviledged position (or, once again, POV).

How many storylines would be there, just waiting to be tracked down?
How many details half-concealed within the folds of the desktop cyber-decor, asking for further analysis?
How many private, social, work-related, media-influenced, serendipity-based features would be lying around, open to a million different interpretations?

If you dig for < desktop movies > or < screencast narrative > online, sooner or later you’ll stumble on some tentative or unstable definition like (quoting here from the opening description of the dedicated wikipage, as accessed on Biden Inauguration Day) “a film subgenre where the action takes place entirely on a screen of a computer or a smartphone”.

As a general rule of thumb [pun intended], what we’re talking about is a software-based option (screen capture and/or screen sharing) combined with dramatic purposes: since the movie is supposed to totally unravel in somebody’s display, we should expect a strong unity of space and time (everything happens in real-time on one character’s desktop) and a deep yet untangible virtual reality immersion.

Nothing more boring and similar to a solitary millennial’s uncanny-beast-routine, but plenty of striking differences if we compare these screen-based pièces with conventional cinematography: by assuming the computer’s graphical user interface as the overarching and immutable point-of-view, over a century of elaborated mise-èn-scene is merrily thrown away (no more camera, no alternate shots, no sequential editing), there is little to no soundtrack, the frame is filled with overlapping windows, image quality is poor and occasionally disturbed by glitchy artifacts.

I F
textual experience
has become visualized
[ fragments of text moving around,
waiting to be assembled by the screen reader ]
T H E N
video-witnessing / filmic experience
could potentially be textualized
[ plenty of text to be narrated – from email to IM
from offline documents to online travelogues
from social media to self-tracking tools –
+ the movie itself is full of little easter eggs
to pick up, notice, make sense of.. ]

On a surface level this trend is relatively recent and somehow elusive: made possible by the networked age and deeply referential to it, pretty experimental in nature but also very stimulating and accessible when adapted for a broader audience. However, suprisingly enough, such brand new possibility also critically trasform the usual discourse of images into a much powerful (although slippery) conversational usage of them, presenting some interesting blurry qualities that are worth monitoring [pun intended encore]. 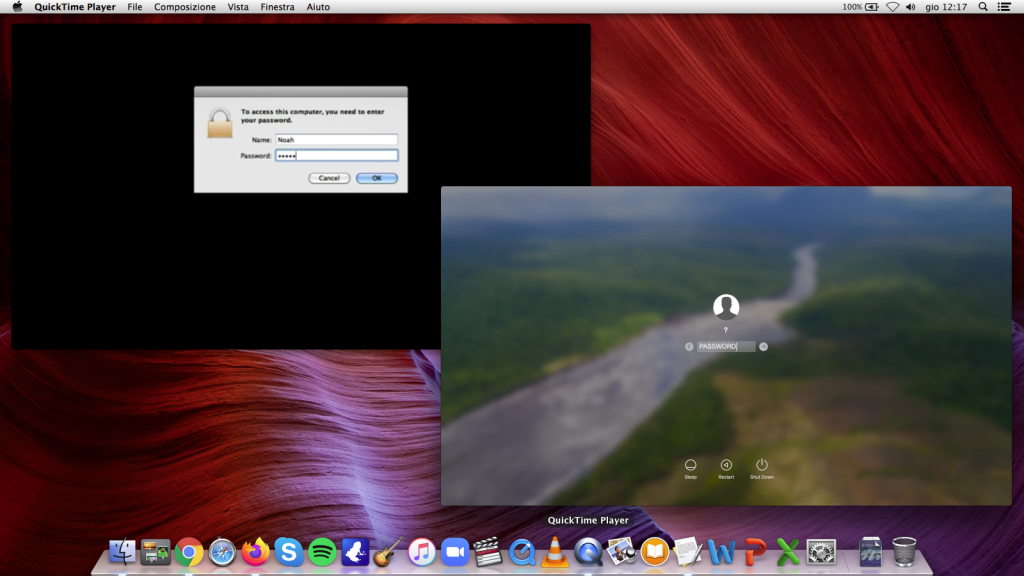 the open, OSesame! opening shots of “Noah“ (upper left – 2013, one of the earliest examples of the subgenre) and “Unfriended: Dark Web“ (bottom right – 2018, third production of Bazelevs Company’s Screenlife format) as twin windows opened on my desktop – just to productively confuse you / set you up

First of all:
are we looking at fiction, documentary
or experimental footage?

Well, it really depends on the angle: here you have a regular feature film (also distributed in movie theaters), a digital desktop documentary (presented at festivals and later uploaded on Vimeo) and an explanatory video essay (about an art project based on an open source browser extension). All three cases are chronicling the interplay within a user and his/her laptop – moving from file to folder, url to link, note to notification up to the next or final discovery / accomplishment. All three cases can be labeled as “found footage” (mockumentary?), yet with different degrees of improvisation / re-enactment / scripted intents – not always clearly distinguishable.

Second question:
what is the future of this trend
considering hosting and screening devices?

According to the wiki-description, a computer or a smartphone could do the trick – but we perfectly know there are some striking differencies at stake, not only in terms of frame ratio but also (and more importantly) when it comes [down] to attitude. The activity of a smartphone user is heavily dictated by apps (to the point that they can be used to re-imagine [and possibly popularize?] recent history via a ucronic filter, like in this amazing mobile docu-series); at the same time, a vertical Snapchat-based episodic horror is pretty hard to follow / retrieve / empathize with from a laptop (not to mention cinematic, but also streaming platform release).

Moreover – and here we come to the last, super-foggy doubt (hence no central alignment) – it seems that along the line of the transition from computer to smartphone (mobile first approach, anyone?) also the desktopian momentum of endless searching / typing / multimedia reading is leaving the floor to app-s[t]imulated audio/visual communication (can we consider IG stories and TikTok clips a [post-linguistic] dialogic exchange? what is the shape of 21th century’s non-verbal textuality?)

In the last Snapchat example, although presented as an annotated collection of evanescent dispatches, almost all the footage was just made of low-fi tiny little smartphone videos; something similar – even if we’re apparently back in the protagonist’s laptop – happens in Host (2020) ⇒ one of the latest incarnation of desktop storytelling, stripped of its cutting edge references (after almost a year of intermittent lockdown measures, we’re taking for granted that people are meeting in Zoom and joking about masks) it’s basically a quasi-theatrical single act where all the actors are looking on [web]camera – but we’ve been there, too..

So, is this the direction desktop movies are going?

Are we going in the same direction as our desktop
(or desktop-fluid smartphones)?

Every time we align our field of vision
with the light tunnel emanating from one of our magic rectangles,
are we inserting ourselves in a mostly textual or videochatting universe
(or are they merging into one and the same blob anyway)?

Ultimately – to come back to the title of this post –
what is exactly unfolding where ?

Let’s stop and meditate,
under this gigantic but fruitful cliffhanger.