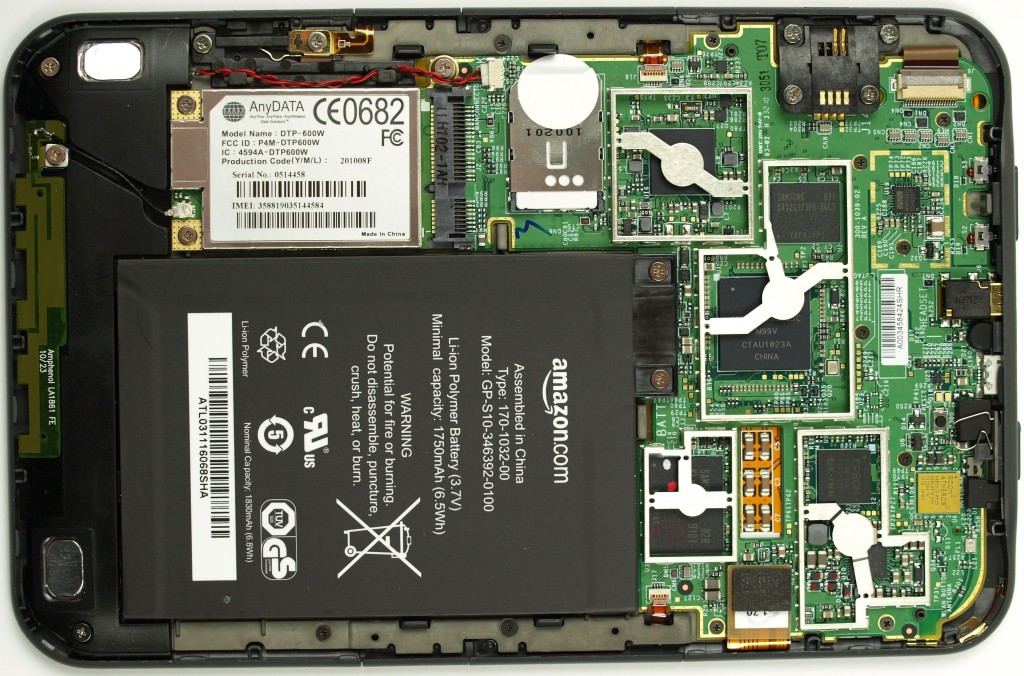 The Inside of a Kindle 3. Source: https://en.wikipedia.org/wiki/File:Inside_the_Kindle_3.jpg

The debate around the *future* of publishing never lost momentum. For decades writers, publishers, programmers and designers have been discussing the revolutionary possibilities of the electronic book in terms of rich media, non-linearity and augmentation. The iPad just gave a new boost to the topic. In the meantime, the dream of an immersive reading experience in a digital environment came true thanks to the Kindle and e-readers in general. While much of the attention is directed toward those content-oriented opportunities concerning modes of fruition and media enrichment, the context of digital publishing is going under profound modifications that affect the very definition of reading and the way the reader relates tothe book as both cultural object and commodity.

In the context of digital publishing the *future* is here today (a good reason to stop talking about *future*), but it’s not evident. It doesn’t blatantly resemble science fiction. On the contrary, it manifests itself through slight shifts in habit and perception of things rather than in sensational technologic disruptions. Those shifts easily become invisible as part of the daily routine. Jaron Lanier would say they become lock-in. That’s why it’s a good idea to focus more on the context than the content before some of those concepts become ineradicable part of our common perspective on books.

E-books are “real” not only from the technical point of view: In 2012 Amazon declared that it currently sells more ebooks than hardbacks and paperbacks combined. However the phenomenon shouldn’t be read only as a technological achievement that made its way to the market. E-books and e-readers are only the tip of the iceberg: they are accompanied and supported by a new overall arrangement of the publishing model and infrastructure.

In fact every big player (Amazon, Google, Apple) on the market is promoting its own publishing ecosystem. In doing so distributing platforms are gaining power, overcoming both the publishing houses and the authors. When the book becomes a service, the influence of the ecosystem doesn’t stop after the purchase, but propagate to the act of reading through the reading device. Books also become computers: machines that are not simply able to render ebook files but actual mobile technologies, constantly connected to the cloud. While using the Kindle, all the highlights (along with all complete list of reading activities) are remotely stored trough a *silent* process called Whispersync. Of course the absence of any evidence of those processes is meant not to break the immersion into the reading activity. But when an huge amount of data is collected ceaselessly, reading can no longer be considered a private and autonomous act. Therefore it seems appropriate to speak of user rather than reader, as the person who uses an e-reader interacts with a complex system and performs, consciously or not, a complex and networked series of operations.

The contextual changes in publishing also determine the meaning of ownership regarding books: if you think of the book as a service it makes sense to buy it twice when you want both the digital and the physical version. A Kindle user can’t read the books he purchased on other e-readers (as Cory Doctorow puts it, it’s like buying a lightbulb from Walmart and be required to use it on a Walmart lamp). Those books are encrypted: they are bound to a personal profile and they can’t be duplicated. Ultimately Amazon has the power to remotely delete a book from the device.

Big distributors are influencing the reader’s behavior and mindset: as an example, the Kindle app for desktop computers doesn’t allow copy-paste. The lack of this feature, clearly against the intrinsic tendency of the medium, is supposedly a market-driven choice: the e-books that sell the most are fiction, and it is generally thought that readers don’t need to copy-paste much from a fiction book. In return they’re allowed to share passages on Facebook and Twitter. The service offered by the big players, inevitably conditioned by a commercial logic, not only determines a purchase process, but a usage pattern. And the application of a usage pattern to the book corresponds to the instillation of a cultural model.

Currently the ones that are taking the biggest advantage of new technologies are neither the readers nor the authors, but the distributors. So, what can the books’ producers do in order to oppose to the state of the art of digital publishing? Especially in the case of academic publishing and non-fiction, books ask to be read, commented, reworked, copy-pasted… they ask to be *used*.

As Project Gutenberg taught us, providing the reader with a set of different tools for different uses of the same content is already a revolutionary act. Different tools means different formats and of course the main one would be ePub: an open, easy-to-tweak format, the contents of which are not crystallized into a fixed layout for a particular device. Either from ePub itself or from the various development phases, it is possible to obtain a number of different formats meant for different aims: plain text for general use, HTML for online reading and, of course, PDF for print.

Rather than the book as a service, I like to think to the book as directory: simply a .zip file containing all these different formats, possibly provided by the publishing houses or the authors themselves through their own websites. The book, not bound anymore to a software, a device, a platform or a company, will then be easily read, annotated, copy-pasted, shared and reworked. The book will return to be a user-oriented technology.