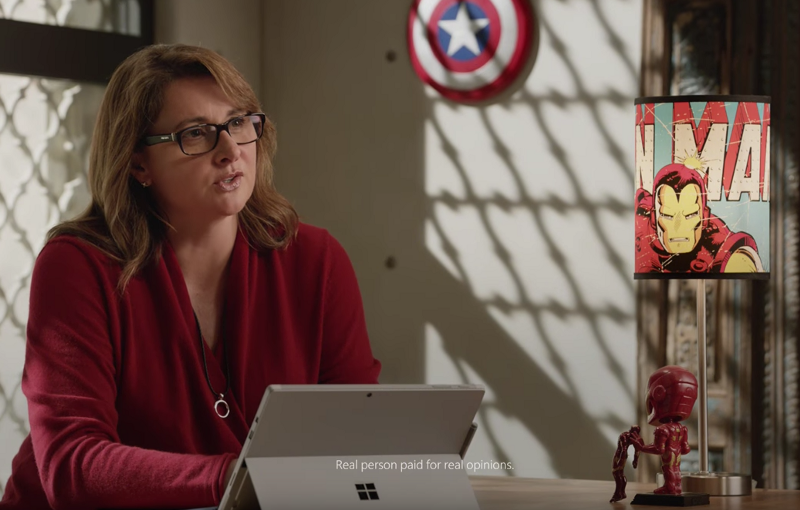 Today I read a short post by David Heinemeier Hansson, creator of Ruby on Rails. In his article, he describes how already in 2013, people at Basecamp were already were taking action against the 24/7 work lifestyle advertised by Microsoft. This even led to the implementation of a feature ensuring “that work stays out of your kid’s soccer game or your family’s movie night.” Now, after 3 years, Hansson is disappointed to find out that Microsoft’s promotional strategy hasn’t changed at all.

Hansson is right to be upset: normalizing a life in which work takes up “14 hours a day, 7 days a week, for decades” is unacceptable. However, I believe that this video, as well as the previous Microsoft campaign, works actually against the culture of permanent work.

In the video, we meet Victoria Alonso, Executive Producer at Marvel Studio, a “real person paid for real opinions”. She starts by saying that “there is no typical day”, but every day is the same as long as she will work 14 hours. Of course, you cannot do that “if you don’t feel it in your heart”. Then, she admits that her only superpower is to not ever sleep, that is, the power not to do something. In this ad, the glorification of work is so extreme that it looks like an Onion report. The superhero metaphor makes it even more ridiculous. Similarly, the 2013 campaign looks like a parody thanks to its amateurish design and dubious slogans. 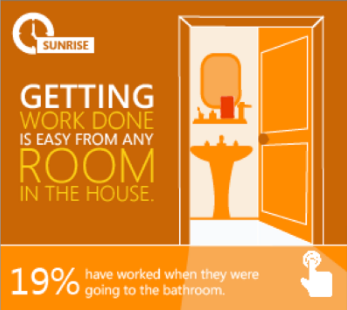 The main problem with the perverse idea of 24/7 work is that it is internalized by individuals. We don’t need a boss to tell us to work at night, since we are our own bosses. Surprisingly, the Microsoft’s campaigns are the best advertisement against 24/7 work ethic since they externalize it, they show us the contemporary work ethic for what it really is: a parody of work. And, as I argued before, who would really want to live a parody life?