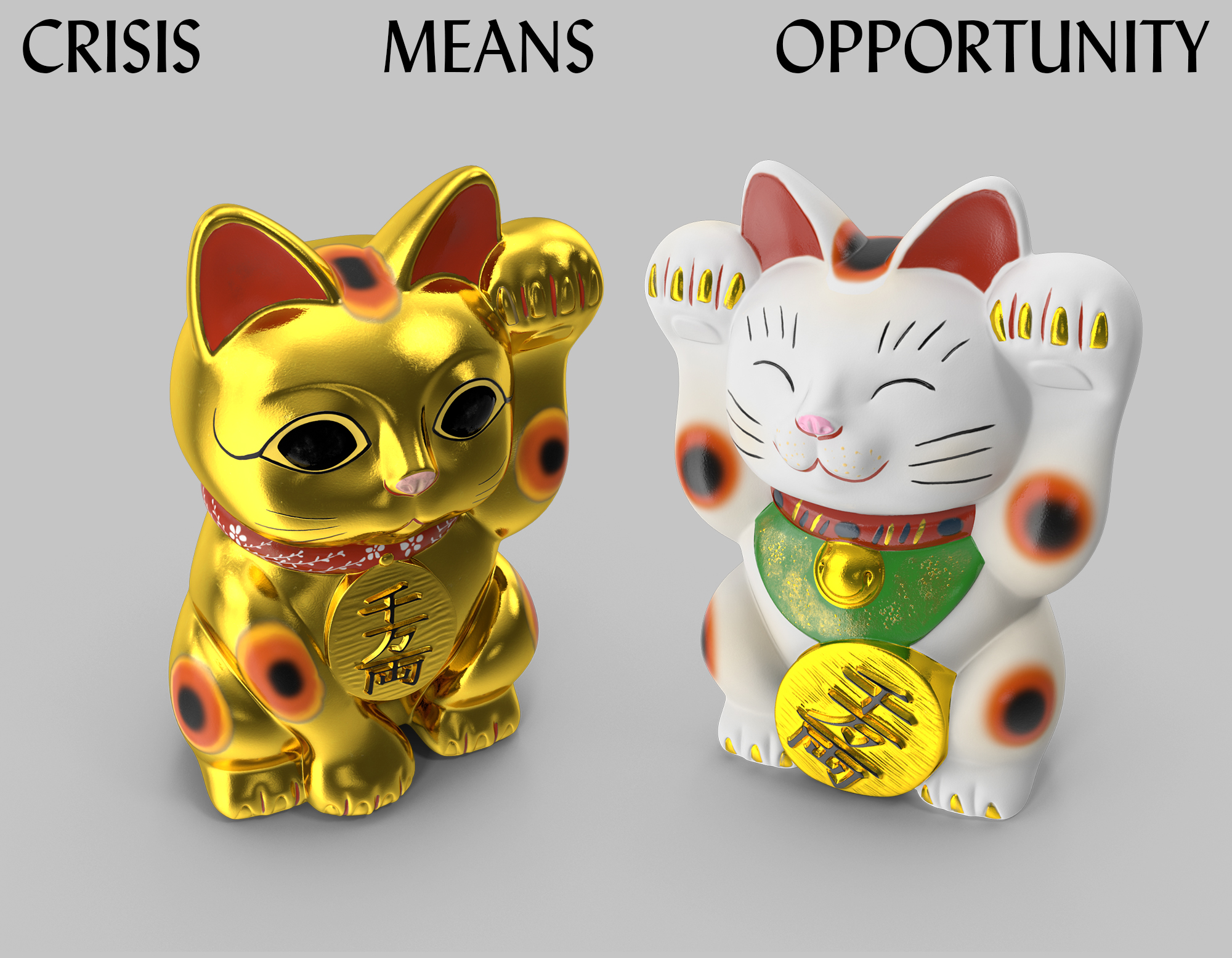 At first glance, the main common denominator for the large demographic segment that goes by the name of Millennials is technology. Those born between 1980 and 2000 are the first to have fully experienced the digital revolution, and already nostalgically commemorate its beginnings. Yet there is another aspect that distinguishes this generation from the previous ones. While the baby boomers have been able to count on a stable career and Generation X has complained about the limitations, for Millennials, a path deprived of detours is unrealistic if not outdated. It’s the very idea of a career that falters against a shared horizon characterized by constant uncertainty.

Those who are now twenty or thirty years old are intimately aware that the center of gravity of their professional identity is located within themselves, rather than in the companies with which they temporarily collaborate. They are the company itself or, to use Michel Foucault’s words, they act as “entrepreneurs of the self”. If we think of the abundant use of similar formulas to present themselves on Facebook, the expression used by the French philosopher in ’79 seems trivial today, and therefore prophetic.

But what does it mean to be an entrepreneur without having a real company to manage? In his youth, Joseph Schumpeter, an influential Viennese economist, considered entrepreneurs to be a rare species that stands at the top of the social pyramid because of its precious ability to innovate. Starting from similar premises, management guru Peter Drucker argued that to accelerate innovation, society as a whole would have to become entrepreneurial, getting rid of that disincentive to progress that is the permanent job. Drucker’s vision is today a reality: in the face of widespread economic and employment insecurity, Schumpeter’s pyramid has been reversed. Everyone is called to free enterprise (even employees, as the concept of intrapreneur suggests). This is the general sense of what we can call, with a dose of irony and bitterness, entreprecariat.

When the entrepreneurial spirit gets to the people, entrepreneurship becomes entrepreneurialism. A specific practice is sublimated in common sense and sometimes in a legendary state of nature. Bengali social entrepreneur Muhammad Yunus, a microcredit pioneer, is widely quoted for his claim that stated that “all human beings are entrepreneurs. When we lived in the caves, we were all self-employed”. While TV programs celebrating an entrepreneurial attitude abound (such as The Apprentice, Dragons’ Den or the latest Planet of the Apps) the cult of Silicon Valley and his CEO gains praise, with notorious vlogger Marco Montemagno sharing the myths and legends of industry giants with the Italian populace. However, entrepreneurial rhetoric presents us with a paradox: while framing on Zuckerberg, Musk and Mayer as the main players of their own kind, we tend to bend over backwards to emulate their characters and their habits, taking note of their weekly diet and the hours of sleep they get every night. Entrepreneurial devotion leads to a reckless self-help exercise. 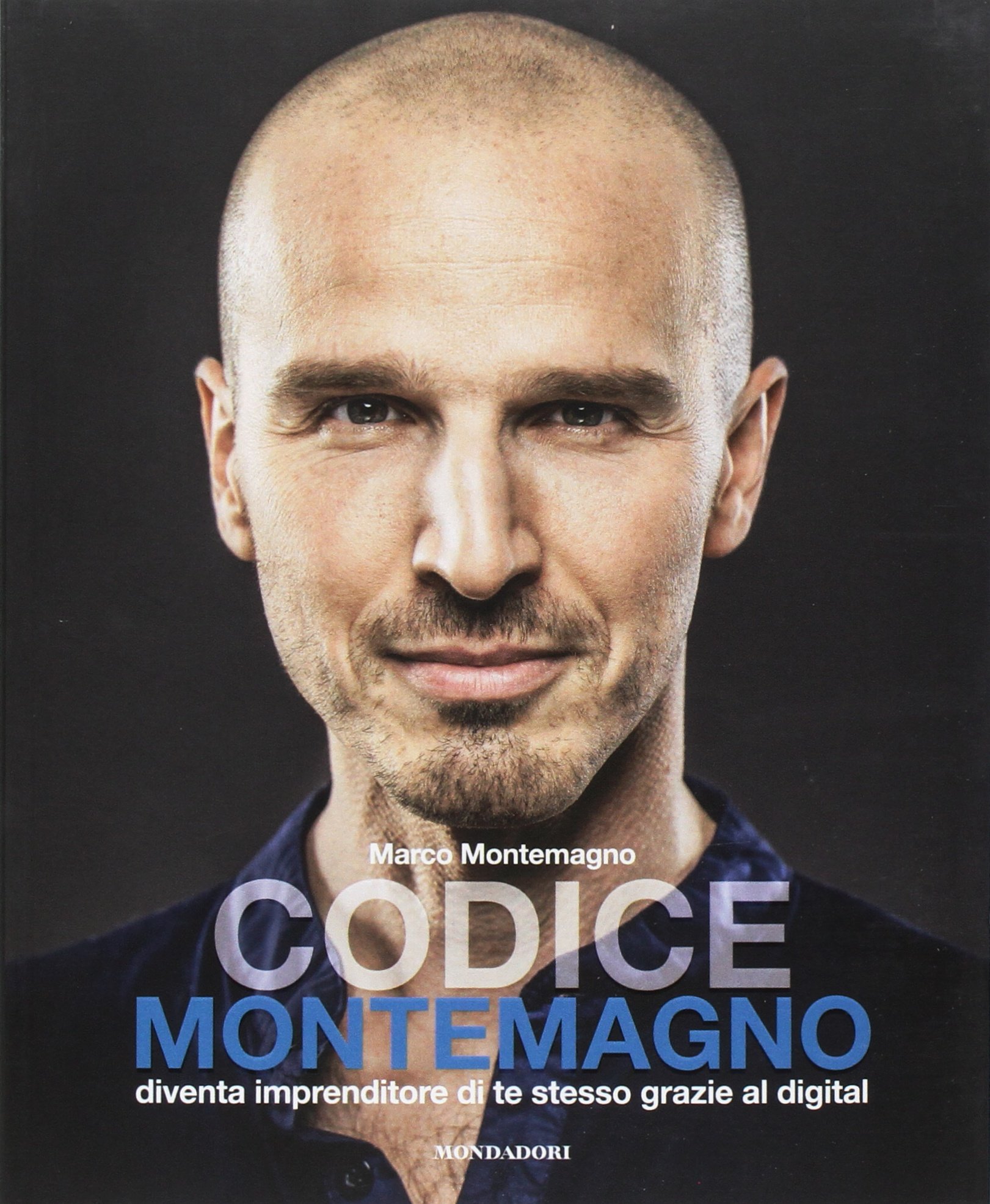 Cover of the book by Marco Montemagno, published in 2017.

The relapses of this atmospheric pressure are measured psychologically, emotionally and affectively. “Fake it till you make it” is an expression that embodies the existential crisis of the entreprecariat. In a strictly entrepreneurial context, the motto is used when simulating the existence of a product in order to obtain the financing necessary for its realization. Conversely, in terms of pop psychology, the slogan suggests pretending to be happy until one is truly happy. By mixing the two meanings, individuals become an incomplete product in constant optimization that resorts to a conspicuous optimism to present themselves as autonomous to others and to themselves. All this with the risk that, admittedly being the master of their own destiny, the responsibility for their own failures falls only on themselves.

So we meet the fashion designer who pays the rent making home deliveries or the unemployed individual who calls himself a “startupper” at the bottom of the e-mail. However, the individual that we rarely come across is the one that openly adopts the point of view of precarity, given that this label contradicts the obligatory entrepreneurial pose. What distinguishes the current professional (and therefore existential) impasse is a generalized cognitive dissonance. A condition similar to what Raffaele Alberto Ventura calls “class dysphoria” in his Teoria della Classe Disagiata. If for Ventura the middle class feels rich even if it’s destined to poverty, the members of the entreprecariat need to show themselves as individuals rich of potential in the light of a growing poverty of opportunities to express their abilities.

In addition to the existential dimension of the entreprecariat, the mutual influence between entrepreneurship and precariousness in economic, contractual and social relations can be more concretely noticed. In the United Kingdom, the couriers of the independent IWGB union, in the pocket of the gig economy, claim their rights by stating that, “We are not entrepreneurs”. In the United States, what Paolo Mossetti calls entrepreneurship of despair is now spreading: an increasing number of families are forced to bet on crowdfunding to finance their medical expenses, inventing campaigns that require managerial skills and familiarity with the internet. In Japan, those employees without a fixed-term contract that have several low-profile jobs and whose relationship with freedom sounds like a farce are called “freeters” (neologism that combines the English word ‘free’ to the German word ‘arbeiter’). In Italy, we are witnessing the sorrows of the “popolo delle partite IVA” (literally “the VAT people”), whose members are often independent only on paper, while there’s an increase in the number of state programs to convert NEET’s, young people who don’t have a job and have stopped looking for it, in passionate startuppers. Finally, there are admittedly militant positions on the field of the entreprecariat. In her recent Non è lavoro, è sfruttamento, Marta Fana offers a bleak portrait in which precariousness itself emerges as the result of thirty years of policies in favor of companies and to the detriment of workers. 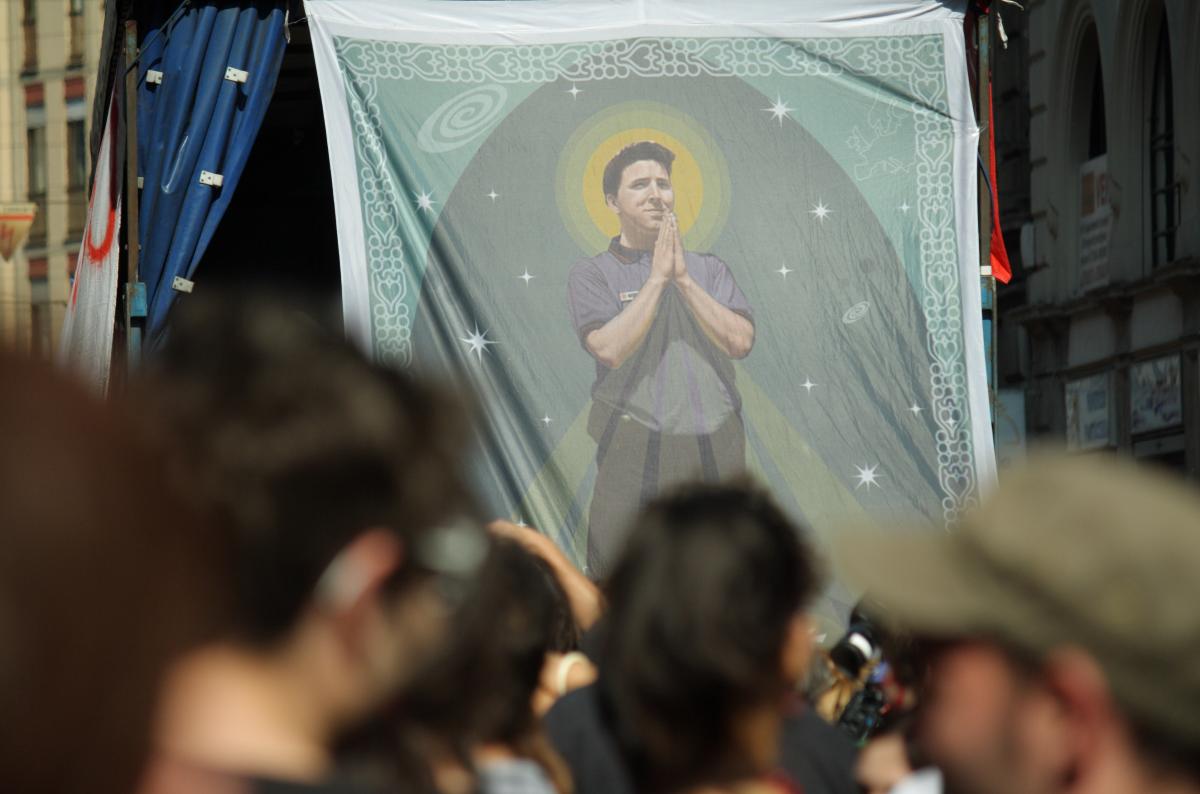 San Precario exhibited during a manifestation. Photo by Samuele Ghilardi.

If so far we have interpreted entrepreneurship from the rhetorical perspective, it’s perhaps possible to recognize a genuine entrepreneurial energy intrinsic to precarity. This is what Michael Hardt and Antonio Negri propose in Assembly, a programmatic essay that extends the famous trilogy of the Empire. An “entrepreneurship of the multitude” rejects the image of the demiurge entrepreneur who extracts innovation by orchestrating cooperation from above and, on the contrary, favors the autonomous and horizontal administration of society, evident to the authors’ eyes in the dynamics of the new insurrectional movements. On the other hand, the San Precario brand, a collective and anonymous creation emerged during the first tumults born explicitly under the banner of the precariat, betrays at the very least a “bottom-up” entrepreneurial inclination.

However, after over ten years from the first appearance of the saint, there’s still no agreement on what the fundamental mission of precariousness is. In his recent General Theory of the Precariat, Alex Foti, an activist who contributed to the canonization of San Precario, indicates three main objectives: urban power, climate justice and Universal Basic Income (UBI). Ironically, this last goal is thrilling for some of those entrepreneurs active in the United States who are currently the object of worship. Hence the risk that if a modest sum of money were to be offered unconditionally and distributed to all citizens, this could bury once and for all that remains of the social welfare. Thus, while we await with anxiety or trepidation the advent of the UBI, the possible paths seem to be two: to replicate the mantra of precarized entrepreneurship or to try to collectively bring about an entrepreneurial precariat.