Jonas Berthod asked me on Twitter if I have any thoughts on the article “The Medium is the Mirror: Automation in Visual Communication” by Sebastian Koseda, recently published by Creative Review. Despite the fresh 280 characters limit, I’m not able to compress my notes into tweets, so here they are. 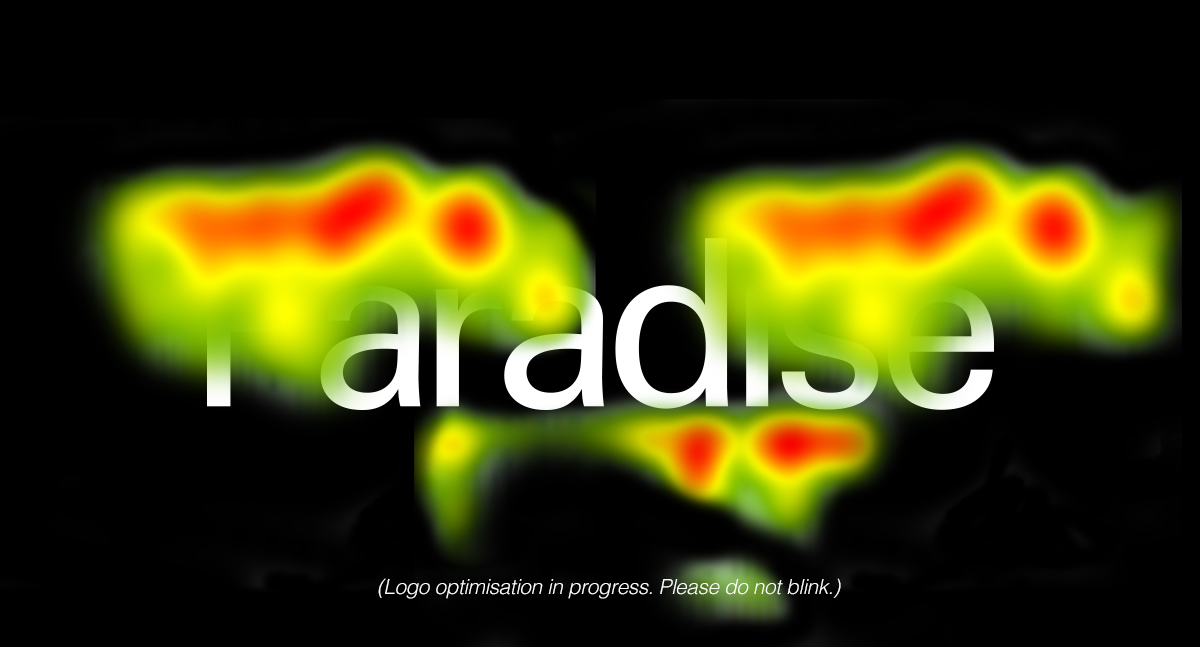 First of all, I must say that the visuals reflecting on A/B testing, optimization and implementation of imperfections are very compelling. However, I would be wary of sensationally stating that AI represents “the most important discussion within visual communication of our time.” While I think that the focus on “big issues” is one of main plagues of design discourse, I’m pretty sure that one can reject the hype and, for the time being, find some more important things to discuss.

The article includes some assumptions without justifying them. For instance, why will AI-driven communication be more concise? This really depends on how machines are trained. One can, and to some extent shoud, imagine also systems producing outputs other than the current minimalistic, seamless and often infantilizing UX/UI. Why would AI be non-offensive? Instances of algorithmic violence come up on a daily basis.

Automation has already been in place for a long time as a form of recombinant generation of visual elements. What is still missing is the ‘intelligence’. But in a sense the beholder lacks visual ‘intelligence’ as well since they appreciate visual quality but don’t have any uniform metric to evaluate it. One can employ AI to find out what is the most efficient positioning of a button, but I doubt that it can produce the most effective campaign for an event on global warming. This is simply because “effective” might mean many things and the choice of a specific “conversion” is ineluctably biased.

AI will do wonders “beyond editorial formatting and banner layouts”. And yet, I have the feeling that for a long time the reality will be one of semi-automation, where ‘semi’ means repetitive, alienating work performed by humans. So I think that Koseda goes too fast when he speaks of “a fully automated creative designer”.

The fact that AI produces seemingly new outputs doesn’t mean that it overcomes ‘copy-cat culture’. Actually, if we adhere to the copy-cat paradigm, AI represents a more subtle form of copying, one in which it becomes increasingly difficult to go back to the ones that put work both in the content of the output and the AI ‘brain’ itself (e.g. MTurks).

Koseda asks “Could the machine become socially aware and create work based on current trending topics, philosophy, ecology, activism and politics?” Again, one doesn’t need AI to obtain this. Even the dumbest Twitter bot can be ‘socially aware’ by merely regurgitating the general intellect of social network.

The idea of an AI with a critical stance sounds ingenuous at best, deceiving at worst. Whenever the process of gathering information and doing persornal profiling is opaquely put in motion, there is no difference between a good cause and a bad one. In both cases it’s manipulation. The author envisions a system incorporating at once the ability to theorize, criticize, and historicize. But who will theorize, criticize, and historicize the way in which the system work? This is the critical question.

Koseda employs a trope commonly used by news media, that is: AI vs workers. Even Luddites weren’t “against the machine”! It’s not AI that jeopardizes jobs, it’s multilayered techno-political dynamics that determine the distribution of wealth. Furthermore, in the near future automation and AI seem more likely to polarize the job market rather than suddenly rub out most professions. The creative director at the big e-company will have access to a whole range of AI tools, while the average designer, the “designer without qualities” will be payed less and less.

Koseda is excited by the fact that “automation will allow corporations to minimize spend on creative development and maximize spend on placement”. What is exactly exciting here for the field of visual communication, I don’t understand.

Unsurprisingly, the moral of the story is that visual communicator has the individual mandate to stay up to date in order to “survive as a practitioner”. Governments, companies or social movements seem to play no role in this. The visual communicator must be adapatable (read flexible). Good luck to all of them.

Koseda offers two solutions to survive as a creative: 1. becoming consultants to the AI development; 2. becoming intellectual and artisanal auteurs. The problem with both these solutions is that they are available only for happy few. Once again, good luck.

The author maintains that “a world where your aunt can make that dog dating app and clients can finally make work just how they imagined it, that’s surely a good thing. Right?” But then, is it? The contemporary online landscape offers some hints: your aunt is now able to design and publish her own book, sell it online, and then discuss it in an online group. Who is making money out of it? While your aunt is selling a couple of copies for a few bucks, the real money-maker is Facebook or some other platform that doesn’t really care of what’s written in the book. Making your own dog rating app, like self-publishing your own book, means neither emancipation nor profit. It’s only another expression of prosumerism, where content doesn’t matter because the value lies in data collection, advertising, AI training, and transaction costs.

Koseda defines automation as “the science of optimising visual communication, conveying the intended message with maximum impact and clarity”. In the first image of the article he suggests a scenario in which a visual attention heat map is used to optimize the design of a logo. Even in this straightforward case many hermeneutic problems emerge: most people focus on the P, is that good or bad, why? These questions aren’t strictly scientific, they have a humanistic nature. Interpretation should be at the core of visual communication and specifically the interpretation of the ‘intelligent’ agents that are meant to make us an obsolete extension of media.