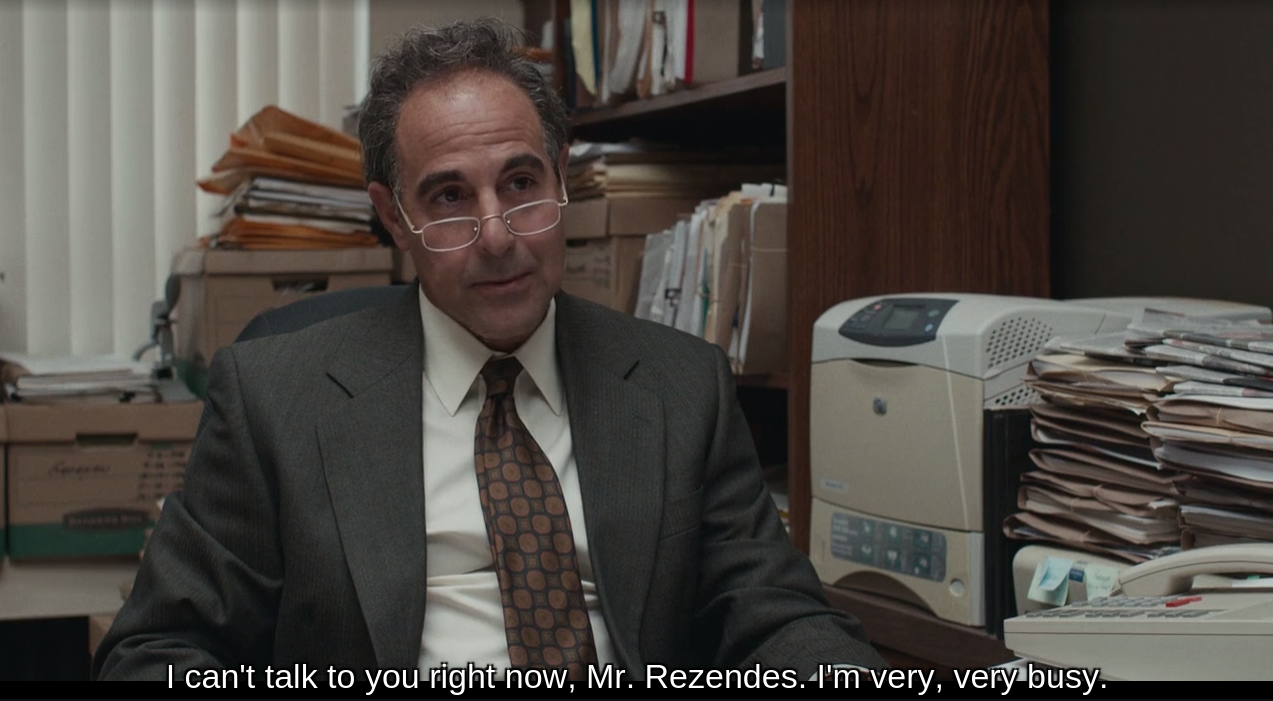 A few days ago, I watched Spotlight: in the movie, a group of investigative journalists from the Boston Globe struggles to reveal the systematic operations carried out by the Catholic Church in order to obscure the sheer magnitude of child abuses committed by priests. Spotlight is based on real facts that took place in 2001.

Director and writer Tom McCarthy and writer Josh Singer did a good job in highlighting the pervasive power of the Church, whose ability to manipulate behavior is particularly effective on disadvantaged families. Families that tend not to speak out because of an internalized, unquestionable reverence reinforced by the social pressures of the community.

After watching the movie, I felt admiration for these stubborn journalists that dedicate years to a single story against all odds of succeeding. But, at the same time, I had the impression that there was another dominant subtext permeating the narrative: a work ethic that is, ironically, pseudo-religious. 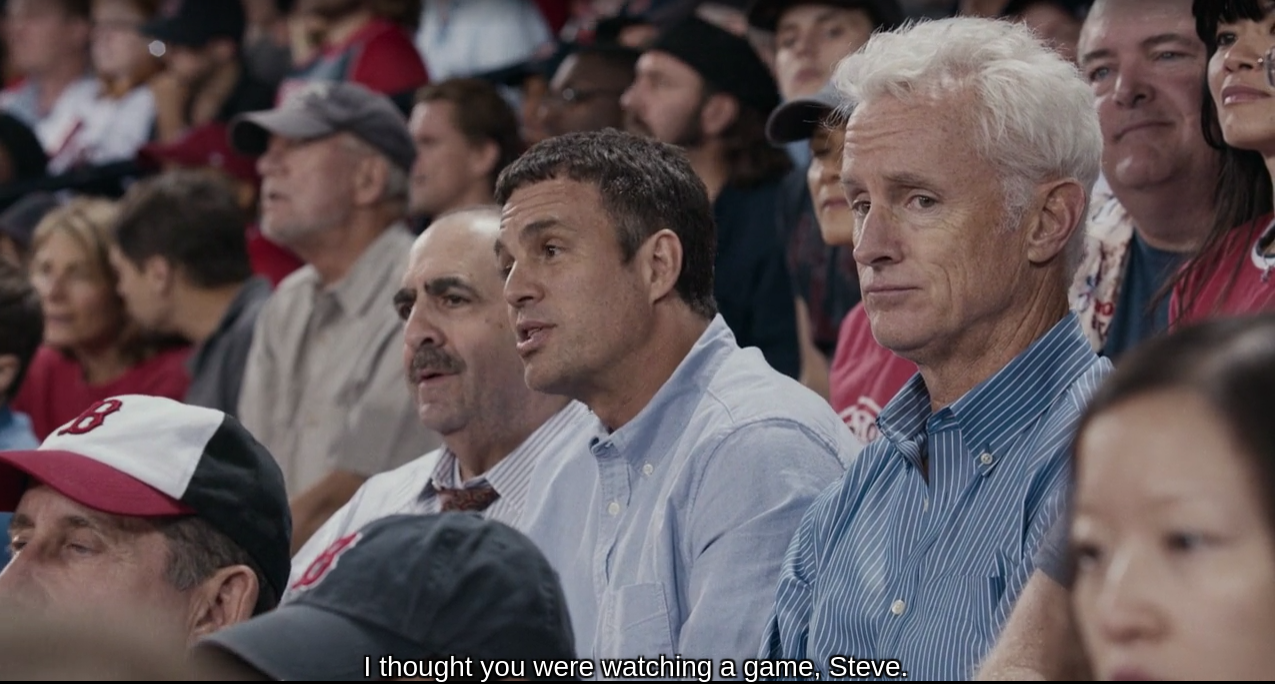 The five people in the team are always working: at home, at night, during weekends. They work while watching a baseball game and in the middle of Christmas holidays. In a scene, everyone is in the office on a Sunday, boss included. Work and leisure blur when a charitable party becomes an alternative stage for asking sensitive questions. Since nobody complains, this attitude is normalized. 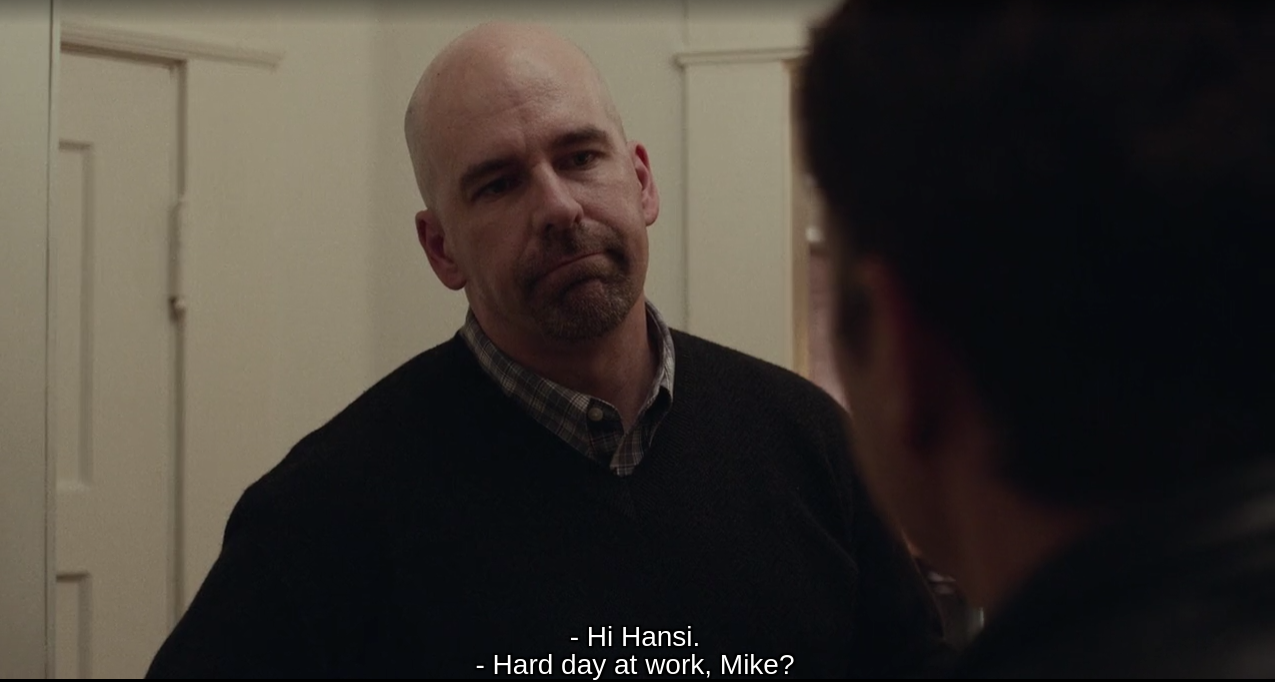 The journalists' families are virtually inexistent, and when a family member appears, they seem to serve the only purpose of tolerating the unhealthy working rhythms of their relative. The only two lines of reporter Sacha Pfeiffer's partner are: “Are you ok?” and “Hard day at work, Mike?”. 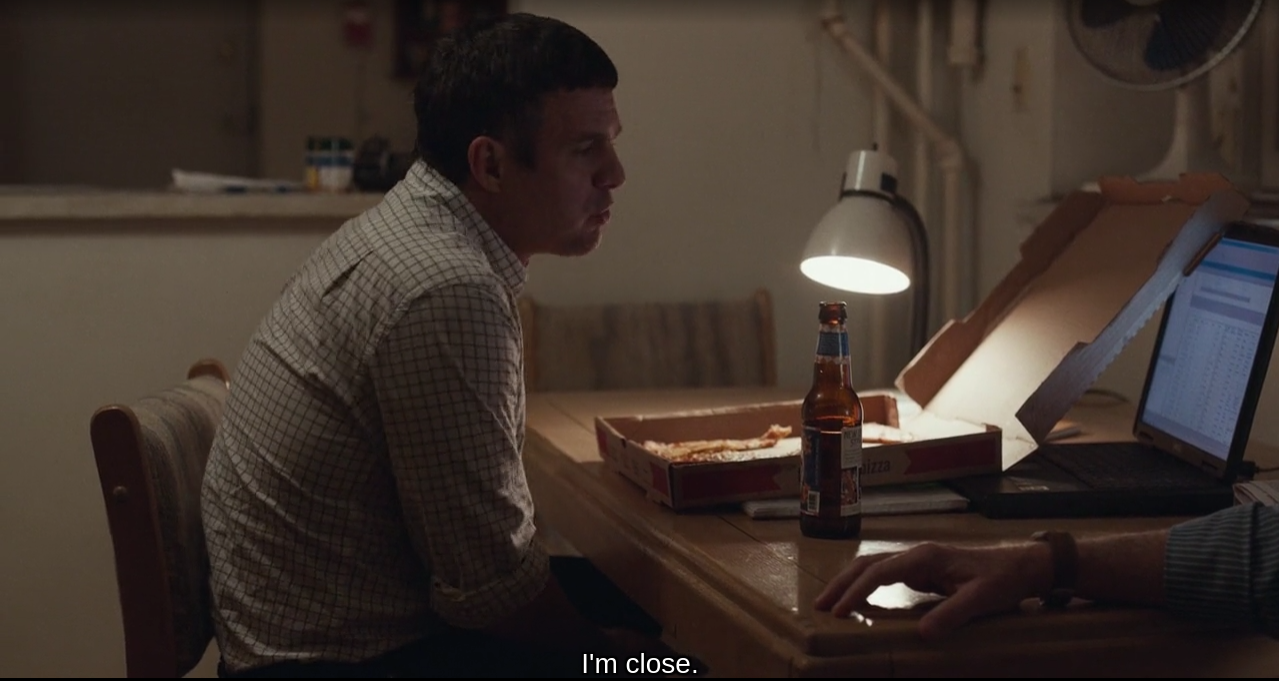 The main advocate for —or victim of, one would say— this attitude is Mike Rezendes, a journalist that lives in a shack, eats pizza leftovers and is commiserated even by his colleagues. Rezendes is constantly running from a task to another and he seems to gain pleasure from the complications of his job. His tense demeanor is reflected by his awkward facial expressions, thanks to Mark Ruffalo's convincing performance. 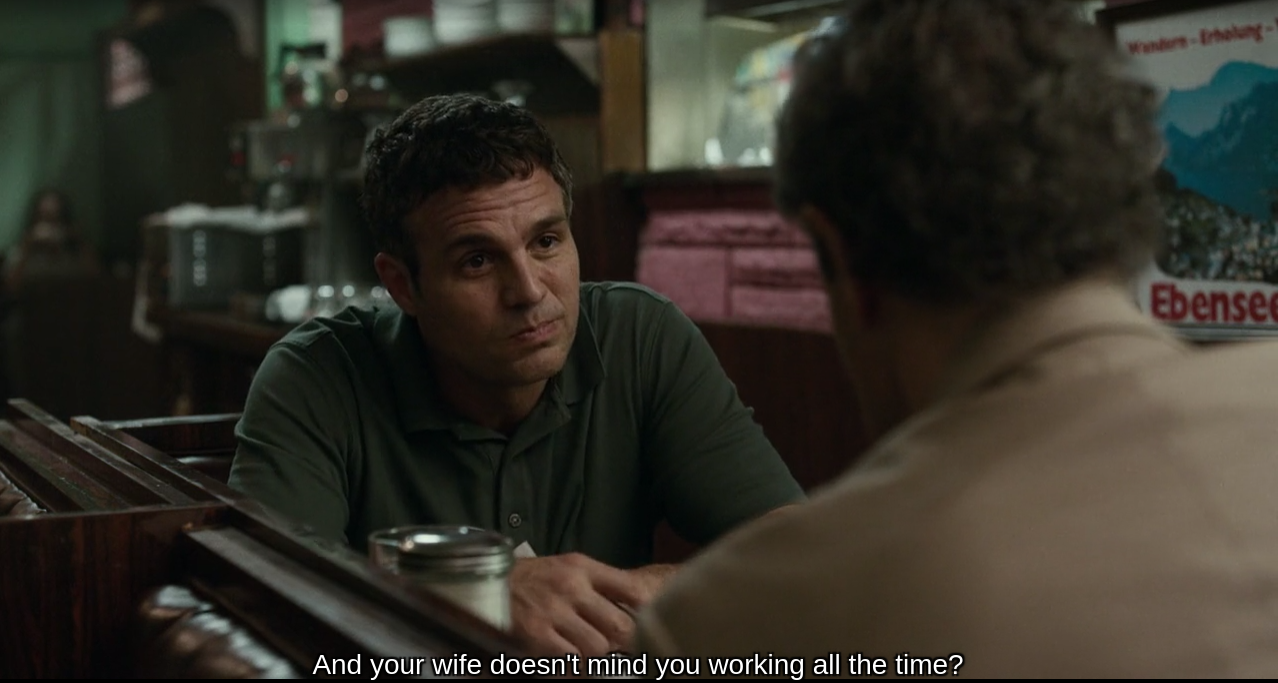 The prerogatives of such lifestyle emerge during a conversation between Mitchell Garabedian and Rezendes. Garabedian, an exceedingly occupied Armenian lawyer who worked for decades to defend the victims of clerical abuse, finds out that Rezendes' wife doesn't approve his partner's work overload. And that is the reason why Garabedian never got married, since what he does “is too important”. 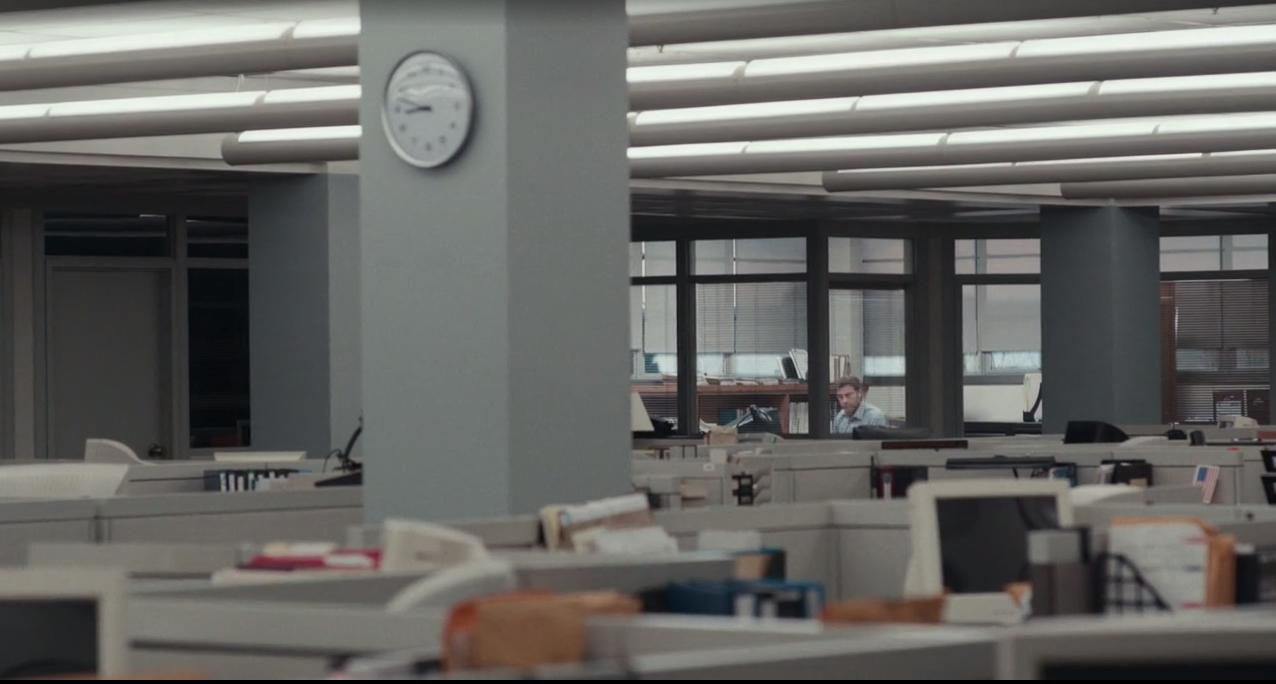 Marty Baron in his office

Spotlight explores the powerful influences of religion in society, justice, and politics. But it also shows that the institution of work is a form of secular religion. In their everyday life, are these independent reporters so different from, say, a freelance designer or a photographer? The morality of the reporters' cause tends to coincide to the integrity of their work ethic. Workaholism becomes intrinsically moral. The medium becomes the message. 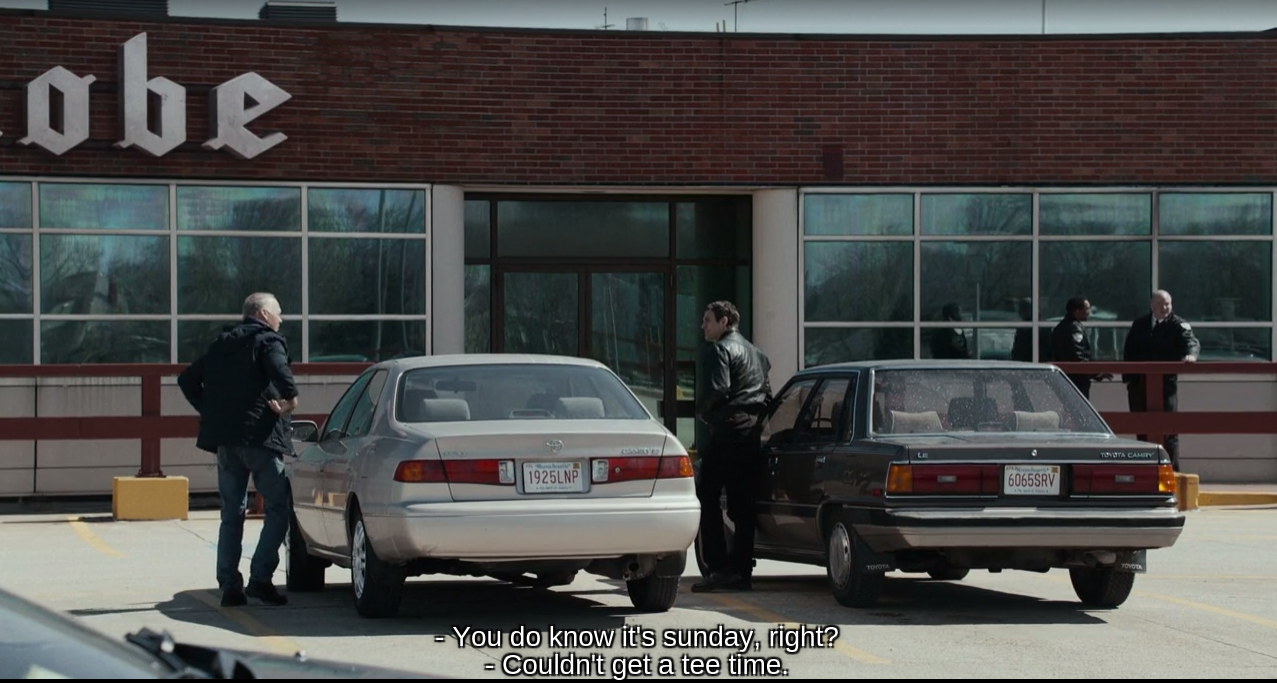 Clearly, work overload is a well functioning literary device: achieving success without fatigue and sacrifice doesn't provide any narrative tension. And narrative tension is also a necessary ingredient of the elementary tales of motivational literature: no pleasure without pain.

These thoughts have left me wondering: how many movies contain the same implicit moral? To what extent is workaholism a pervasive trope in Hollywood cinema? How much is this trope able to shape our guilty feelings related to unproductivity and laziness? 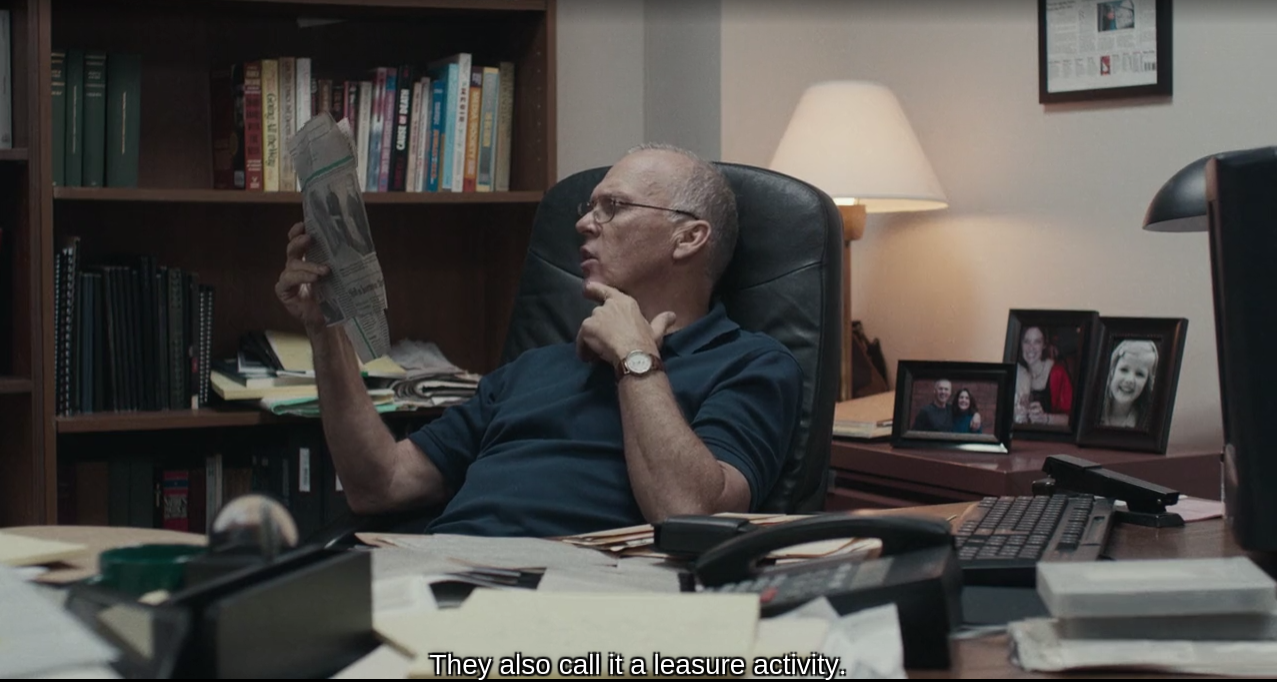 2 thoughts on “The Religious Work Ethic of Spotlight”