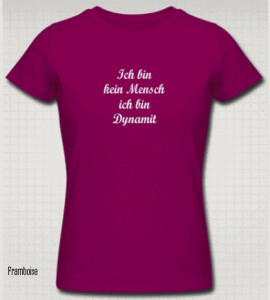 1.) Can you tell us something about your field of research and what you are currently working on at the Hybrid Publishing Lab?

Geert Lovink: This spring our Institute of Network Cultures celebrates its 10th anniversary. We do that with a new website that is ready for tablets and smart phones and with a list of wishes in terms of our method and thematic priorities. We’re only a centre with 3-4 fulltime staff and remain ambitious yet have to be aware of our obvious limits. Right now we are reassasing our methodology of building networks around emerging topics such as youtube, Facebook, bitcoin etc. The five areas we’re working on right now are aesthetics of online video, internet revenue models for the arts, alternatives in social media, politics of search and of course digital publishing. The Hybrid Publishing Lab (http://networkcultures.org/digitalpublishing/) has its international conference in a few weeks, on May 22-23 2014 in Rotterdam, so I can’t say much about it. The two year program includes collaborations between publishers, geeks and designers who experiment with digital formats such as epub. All this  wraps up late 2014 when the Hybrid Publishing Toolkit will be released, which aims to give both publishers and authors an overview of all the choices and decisions they have to make–with a strong emphasis on change in the workflow and the use of markdown software. What will do in 2015 is not yet 100% sure. We just put in a (Dutch) funding proposal on the use of e-readers and social reading tools in the library context. In terms of INC publishing itself we’ll keep on emphasizing the hybrid nature of todays publishing landscape: both on paper and digital, in a variety of standards, using multiple platforms.

2.) Due to revelations from people like Edward Snowden many people in society suffer these days from insecurity and confusion concerning the web. Do you think the paranoia of Internet users with online communication will paralyze the use or put risk to the existence of social media like Facebook and Twitter?

Geert Lovink: We need to be realistic. I am not saying what you express here is an exclusive German mass phobia, but we need to put these concerns into a geo-cultural context. Should we say that it is the task of Germans to wake up Europe and elsewhere and convince them about the importance of privacy? Let’s not go on such a cultural crusade. Many people have other, more pressing worries. I know, they have not lived through two totalitarian regimes in one century … We should not think that they couldn’t care less. People elsewhere in Europe, and even more so in the USA, are indeed genuinely worried, but theywon’t let the news influence their behaviour so much because of this or that revelation. It is much more likely that Facebook will be out of fashion amongst youngsters. Not because they are afraid or have some political objections, but becauseof peer pressure and hideous business models on the side of Facebook, which so far has refused to change/update the overall architecture of their site. It has been remarkablethat Marc Zuckerberg has changed his earlier dogmatic condemnation of anonymity and the use of pseudonyms. Unfortunately, social media as we’ve envisioned them in 2011/2012 as a part of the Unlike Us network. In that sense Snowdon has indeed changed the entire situation. Over past year we have seen a spectacular rise of anonimity tools and platforms, both alternative and mainstream.

3.) Do you think that through search engines like Google or Apps we become incapable of finding information without the Internet?

Geert Lovink: good question. It is easy to praise ‘slow search’. We do lose our short-term memory for certain things, such as telephone numbers, names of streets, opening hours of the library and the swimming pool. Does it also mean that we are about to lose our sense of space and direction? Would this open up a possibility for a mass experience of ‘derive’ in our own neighbourhood? Or that the Net as a utility is being pushed in the background as a general infrastructure which no longer is exclusively associated with ‘media’? There is a good chance that a specific generation indeed starts to think that nothing can be found outside the Net. But we all know how narrow the Net selects, filters and remembers. It is not hard to imagine waves of romantic movements that devote themselves to reality 1.0 and treat it as an infinite treasure trove of exotic insights. Search engines and database, in the end, are profoundly boring. They have to be in order to serve us efficiently in our busy everyday lives. The diversity of information on offer in fact is being reduced (relatively speaking) in order to be more present, more persuasive. Don’t forget the tendency is going towards a techno-unconcious, one that hovers in the background with the aim to serve us ‘better’. Google is the rapidly becoming a Spheric Empire which parasites on existing infrastructures: privatized, semi-public services in which we subconsciously navigate ourselves without even noticing that we are using it (let alone that the service is using us…).

4.) With the appearance of the new media we get inundated with a huge amount of information every day. What can we do to keep on using new forms digital communication without losing track of what¹s important?

Geert Lovink: I believe it is not proven that we are exposed to more information, just because we are using the internet. This presumption needs to be compared to the previous exposure to newspapers, radio and television, but also books, magazines. It is more a question of access and speed. We have more freedom to filter the information that we do not like and wouldn’t like to hear. You are right that it is becoming all too easy to shut off, bail out with the result that this self-chosen reduction is becoming the new normality. The latest should be our real worry. In the past there was top-down censorship, now there is personalised (news) filtering from below, designed for and decided by the Self. The Snowdon-affair is an interesting event in this context. It shows how we’re being monitored. The act of surveillance makes users uncertain, if not straight-out paranoia, and drives them even more in their quasi-private ‘monades’, their encapsulated inner worlds Leibnizian networks of ‘friends’, and pushes them even further into their ‘walled gardens’. In my view we need to opposite this withdrawal into two directions: small units and big public arenas. In other words, small and flexible yet sustainable ‘organized networks’ combined with the design of new public infrastructures. We should also refuse that the data we produce in our everyday life is captured by third parties and stored/sold by the services that we use and trust. I have so far focused primarily on ‘news’ but we should extend these insights and strategies  to all aspects of life. In that sense we’re moving beyond the media sphere. The digital gets a grip on all spheres. What’s important, the phrase you used, is key here. And that’s something we should decide together.

5.) To finish up, can you give us the link to an interesting online article, or video you have read or seen lately which you could suggest to our readers?

Sure, as you know the developments from Wikileaks via Anonymous to Snowdon occupy me. I do this from the media activist perspective, not so much as a ‘concerned citizen’ or because I obsessed with privacy. The issue that concerns me is the one of organisation. We need something in between networks, social movements and political parties. The Net generation needs to think how to appropriate–and alter–formats such as the think tank, the research institute etc. It is not enough to build on the existing social media platforms such as Facebook and Twitter. For some this questions translates into something offline, local and tribal. I would love that too, here in Amsterdam, but at the same time we work more and more on a European and global level. This is why the Brechtian Lehrstueck of Julian Assange intrigues me. An article  that really stayed with me is the personal account of Assange’s ghost writer Andrew O’Kagan in the London Review of Books from March 6, 2014: http://www.lrb.co.uk/v36/n05/andrew-ohagan/ghosting. It is a very disturbing account. On a positive note we could say that Edward Snowdon must have learned a lot from everything that went wrong in the Wikileaks case. These days it is good to be outraged. But it is even better to come up with a less celebrity-driven, distributed answer to today’s most pressing question: What’s to be done? In his ‘State of the Nation’ keynote at Re:Publica, Sacha Lobo called for more financial support of the Netzpolitik blog and their lobbying NGO Digitale Gesellschaft. That’s worthy and important, but are these really the most effective forms for net politics? Is it really enough to put pressure on politicians? I would say, that’s naive without a radical arm of a lively social movement that does not only put pressure on the political class but also develops an economic programs and last but not least, develops its own software and platforms.