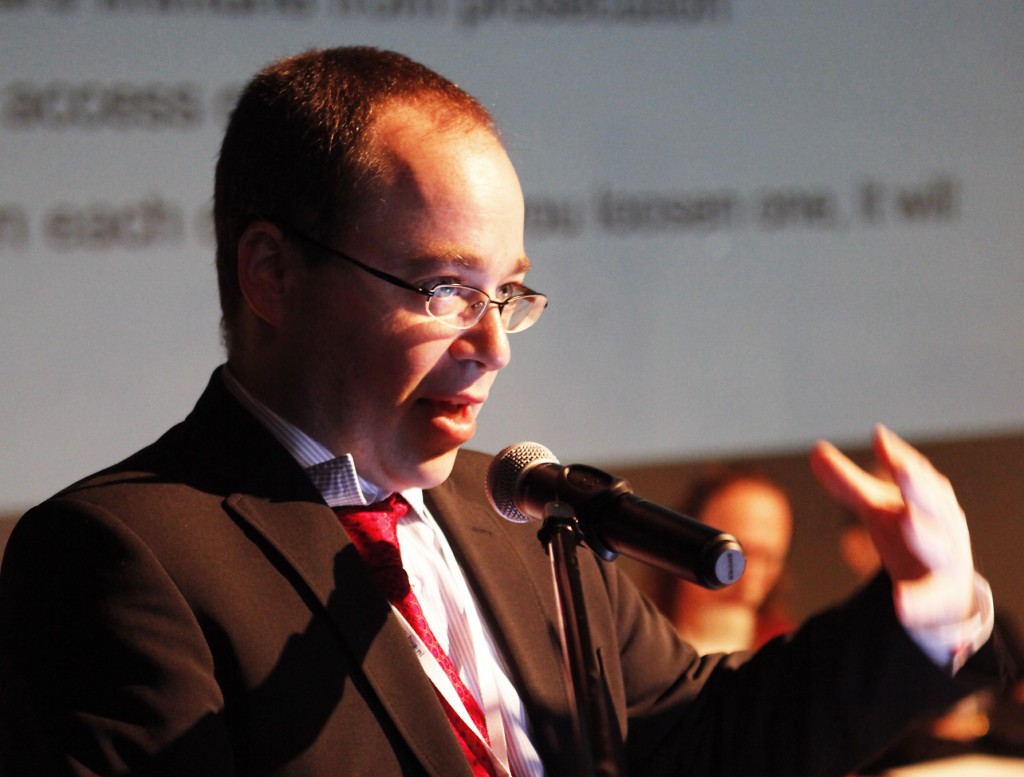 Economist Peter Šurda made a case against a hierarchical monetary system in his talk “Why is Bitcoin misunderstood: hierarchical vs. decentralized structure of society”. The barriers set for people to entry the money creation and circulation in a centralized banking system, in combination with discretionary monetary policy, lead to a segmented society that Šurda labels as the “privileged vs. unprivileged class” structure.

The privileged, or the institutions in charge of money production, control economic activity and are immune to prosecution. Meanwhile the unprivileged, unless they decide to engage in counterfeiting money or operating a bank without a license, are restricted to simply play along with the rules set by the ruling class. Šurda notes that there are even further restrictions to members of emerging markets, underage or oppressed individuals, and people with low credit rating or a police record.

Šurda points out that a potential solution for these inequalities is a decentralized monetary system that allows for a more efficient, more secure money exchange that anyone can gain access to and thus become a part of the global financial system. He believes that Bitcoin is an example of such a paradigm; however, Bitcoin is plagued by several popular misconceptions that Šurda  set out to dispel.

Firstly, Šurda reminds that, despite media hysterically spreading stories of irrevocably lost Bitcoins, the currency exchange allows for practically any contractual agreement. This means that the myth of “no chargebacks” is merely a product of poorly designed contracts with untrustworthy parties. Secondly, Šurda explains that unlike popular belief, Bitcoin is not manufactured “out of thin air” and randomly priced, but is, similarly to any other commodity, adjusted to the costs of its production. And finally, Šurda states there is no reason to believe that there is ground for class division between privileged and unprivileged in a decentralized monetary system, even if early adopters are believed to hold an advantage.

Concluding his presentation, Peter Šurda gives his answer to another popular question associated Bitcoin – “Should it be governed?”: “This is not an issue specific to money or Bitcoin. Every time there is a problem with something, people want to regulate it by putting someone in charge.”