Irina Enache and Robert van Boeschoten introduced MoneyLab’s interactive Crowdfunding Visual Toolkit to the audience during the seventh session on the final day of the conference. Enache is an alternative revenue models researcher for the Institute of Network Cultures, specifically for the Moneylab project, and Van Boeschoten is a lecturer at Universiteit voor Humanistiek, with an academic background in crowdfunding. Together, they highlighted their existing research on crowdfunding for creative industries in The Netherlands, before presenting the MoneyLab toolkit. The toolkit consists of a web based platform and an interactive data visualization that is aimed at assisting people working in creative industries, specifically ”artists, cultural practitioners, designers, programmers, freelancers in the creative space, and entrepreneurs”, in identifying the most suitable online crowdfunding platforms according to their project’s needs. As crowdfunding is becoming mainstream (for instance, in 2013 there were around 300 existing platforms), and as budgets for funding are increasing, it is essential that users can access a structural help program to assist them with the crowdfunding process, stated Enache. 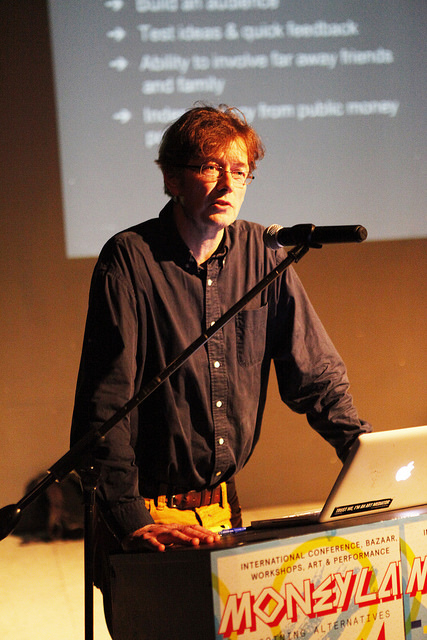 As Enache described, the toolkit allows the user to 1) discover what the crowdfunding process involves by reading a series of interviews with artists and entrepreneurs who already crowdfunded and who now share their experiences, 2) view the results of a survey that the two of them ran on artists and entrepreneurs who have crowdfunded and 3) play with a visual dataset of crowdfunding platforms. 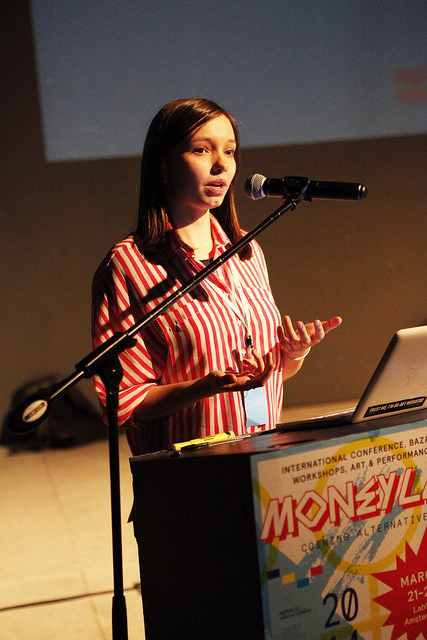 This latter component – a data visualization – allows the users to browse through 60 crowdfunding platforms (as it is aimed at Dutch creatives, the majority of them are in Dutch, however some are international). It allows users to select relevant criteria, such as their project category (visual arts, performing arts, music, tech, etc), the model they desire to use (donation, investment), and their budget size. Users can then filter and sort according to certain statistics made publicly available (such as average number of funders / success ratio on the platform / average donation, etc) and thus visualize the platforms that best suit their project’s needs. The scope of the MoneyLab toolkit goes beyond visualization and insights as it is a proposal for a long-term, close collaboration between academics, designers, artists and entrepreneurs, as well as crowdfunding platforms founders and policy-makers to further inquire into the sustainability of crowdfunding as a revenue model.