Algorithmic Autonomy: Freedom and the Blockchain

The closing note of the Blockchain: Revolution or Business as Usual panel given by David Golumbia served both as a meta-commentary and a critical reminder to the panels’ topic. Introducing himself as a political-philosopher and a conceptual thinker Golumbia voiced the danger that technology has the tendency to displace the always needed (self-)criticism to find its right place and function in a global society. 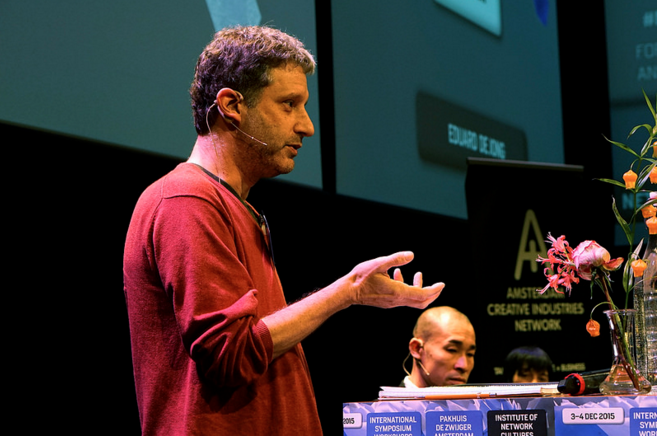 Bitcoin and the Blockchain, in his opinion, are the most poignant examples of this phenomenon of disrupting the makeup of contemporary society in a way that it is endangering and penetrating the discourse of the political left. Being promoted with words like “open, transparent and democratized”, the designated technologies could at the same time well advance the very opposite. This contradiction in promoted effect and actual effect might, if it goes on uncritically, in the end be very dangerous. Only because something is designed in a certain manner, it doesn’t mean it has to be accepted as such.

Golumbia pointed out the uncritical undertone of welcome change that is introduced to the world by technologies like Bitcoin and the Blockchain. The effects of these technologies are mostly viewed as positive, whilst at the same time absolutely lacking to undergo a critical analysis to determine “if they actually are”. The most frequent error Golumbia identified is to mistake a technological infrastructure for a social one. Only because something is technologically decentralised, it doesn’t automatically result in a decentralised political structure. This holds especially true for Bitcoin and the Blockchain, which processes of both distribution and production (mining) have been centralised to a degree that it became inaccessible to “normal people”. Here, a technically decentralised network meets a centralised organization of its maintenance.  A new elite. 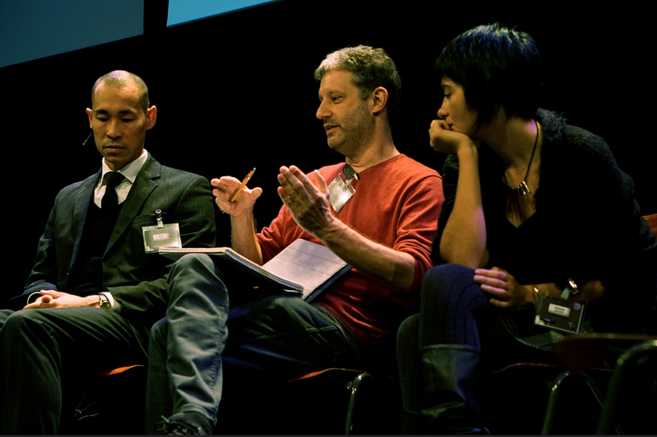 Golumbia criticized Blockchain’s possibility to execute complete autonomous algorithms: “think about that carefully what that means: anything that can be done by a computational process, and it cannot be controlled.” Alluring to mass-surveillance and involvement of algorithms in military conflicts, Golumbia, who writes about related subjects on his personal blog uncomputing, made clear why he ponders upon strengthened critical undertakings when it comes to technologies. He clearly refuses to take for granted that if the words “decentral” and “autonomous” are voiced, the related technology automatically enters a safe space of uncritical action. Pointing to the documentary “All Watched over by Machines of Loving Grace”, Golumbia reminded the  audience of the problems of decentralised organisation: That it makes it not only possible but in most of the times very easy for criminal forces to follow whichever trail they want. This, as he stresses, is often neglected when said technologies are being promoted: “We should all be asking whether it is good to be building these technologies at all. […] If there is a sort of policy-takeaway from the position in developing then it is probably that Blockchain needs to be heavily regulated.”