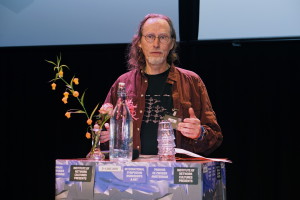 De Jong explains that a hash chain is the successive application of a cryptographic hash function to a piece of data. It’s a method to produce many one-time keys from a single key or password. These hash functions can be linked together into a chain, in order for a function to feed into the next. This way, one can record things that are related in time to each other, but one can add some extra information, such as a binary clock, a computation or a text. These things are then presented together. One can add more input, and since it is a chain, one can go back in time. This way one can trace back a statement that is incompatible with the position in the chain. When something strange happens, one can easily detect the error. The hash chain itself can’t detect this, but the human observer is able read it. In the blockchain, the hash functions are organised into a tree, which makes it easier to trace a result, while less data and computation are needed.

The first crypto currency E-Cash was developed by David Chaum in 1991. With E-Cash, the payment could not be changed anymore by the receiver. In 1994 the idea of Leslie Lamport was integrated to develop the S/Key. Interestingly enough, it gets very silent after 1995, states Eduard de Jong. Money is somehow out of fashion. It takes more than ten years before Bitcoin is introduced by Satoshi Nakamoto, who brings us back to the blockchain.

After this brief history of the blockchain, Eduard de Jong concludes with some questions for the panel. Is blockchain technology a (technical) solution looking for a (commercial) problem? What if something goes wrong with the blockchain? And how can the blockchain be deployed at a large scale and be sustainable both commercial and environmentally?