Being known as the ‘Robin Hood of banks’ and being searched for by the Spanish government for taking out funds of Spanish banks worth more than €500.000, which, allegedly, he donated to grassroots movements, he could not attend the conference in person. “I Will be online […]” Enric Duran tweeted three days before the conference, and he was. The MoneyLab audience gazed onto the white walls before which Duran stood out, projected on the screen via Skype, speaking about the role of money and liquidity in grassroots movements. Skype technology appeared to be once again extremely vulnerable to interference; some minutes of his talk had to be spent eliminating sources of noise. 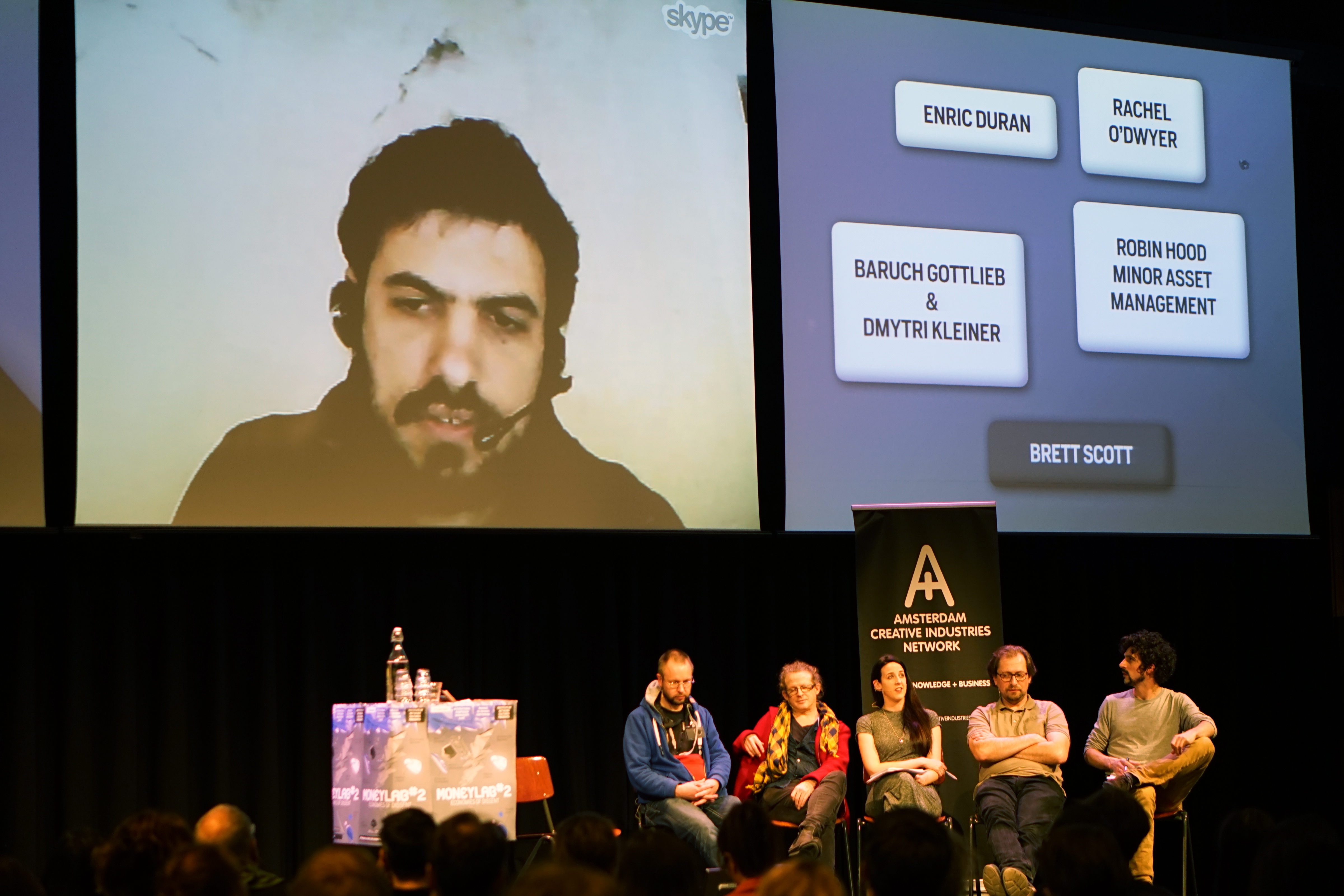 In his talk, Duran spoke about the necessity for grassroots movements to establish their own legal system and an autonomous currency in order to help develop a desired an alternative economic system to the current capitalist hegemonies. Using the example of Cooperativa Catalana, he explained that though complete autonomy is desired by many participators in building an alternative community, a link to other currencies like the Euro or Dollar still needs to be maintained.

For Duran big hopes go out to the blockchain, a technology that allows a network to track transactions meticulously and which makes possible to have unique transactions in an anonymous network. Duran stressed that a blockchain system needs to be developed that “bears all the needs of all the [grassroots] projects that [we] are working on”, so they can collaborate. Duran is part of Fair Coop, which aims to develop reliable p2p transactions. With this connecting layer, he hopes that different alternative currencies can work together and build the structures of an other economic system.

Since much of the talk was omitted by technical issues, here’s a long read by vice magazine that gives a good further introduction into the sphere and projects around Enric Duran.