Analogy is an Amsterdam-based consultancy platform applying the strategies of industry leaders to independent publishing. Their aim is remarkably simple, and admirably straightforward in its presentation: “to adopt the strategy of the winner” 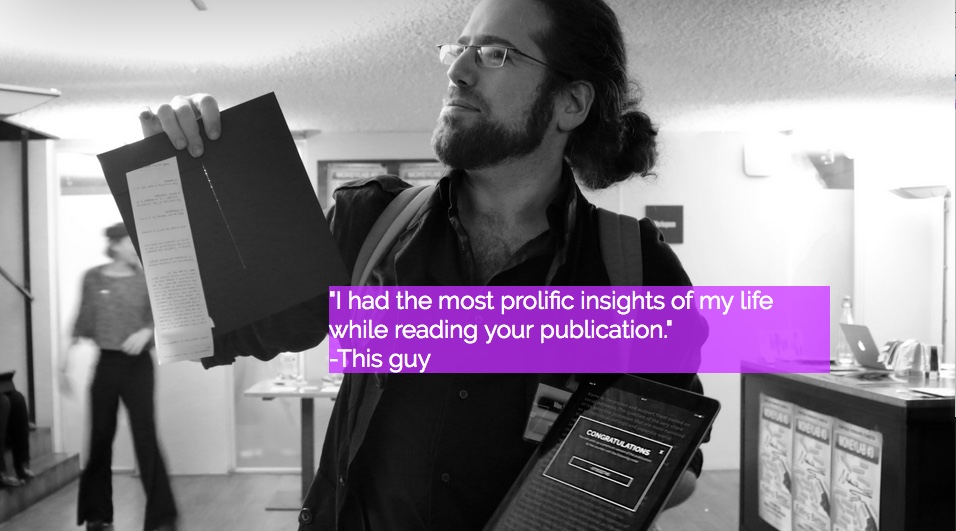 One of several projects operating out of the PublishingLab (part of the Amsterdam Creative Industries Network), Analogy successfully provide a set of tools with which to “fight against [the] Goliaths” of the publishing industry via automating – and thus offsetting – production costs that small-scale publishing houses simply cannot afford to take on, given the current publishing landscape.

“Our aim is very simple! To help publishers optimise their practice by using future-proof models that are focused on outsourcing both financial expenses and labour. In this way, we want to give publishers back the power to compete with the giants of the industry.”

The most recent application of their automated publishing workflow was presented at ‘MoneyLab #3: Failing Better’, where tailor-made texts were created in the foyer of the Pakhuis de Zwijger throughout the two day conference. From the initial text scraping through to the final printing, Analogy’s custom-grown network created a consistent stream of publications, all without needing to – in the words of CTO Luca Claessens – “deal with the quirks of some hipster snobbish design graduate”.

Sitting somewhere in between Google’s outsourcing its image recognition optimisation via captchas and Amazon’s Mechanical Turk “clickworker platform”, Analogy’s network foisted the need for parsing the (un)popular content onto the gathered soon-to-be-readers. This privilege was, of course, only for those who chose to pay for the ‘premium publication’, containing now-parsed popular content, images, and a distinct lack of advertising. Those who chose to scrimp, however, were presented with the content deemed unsuitable for the premium publication, interspersed between a barrage of ads. 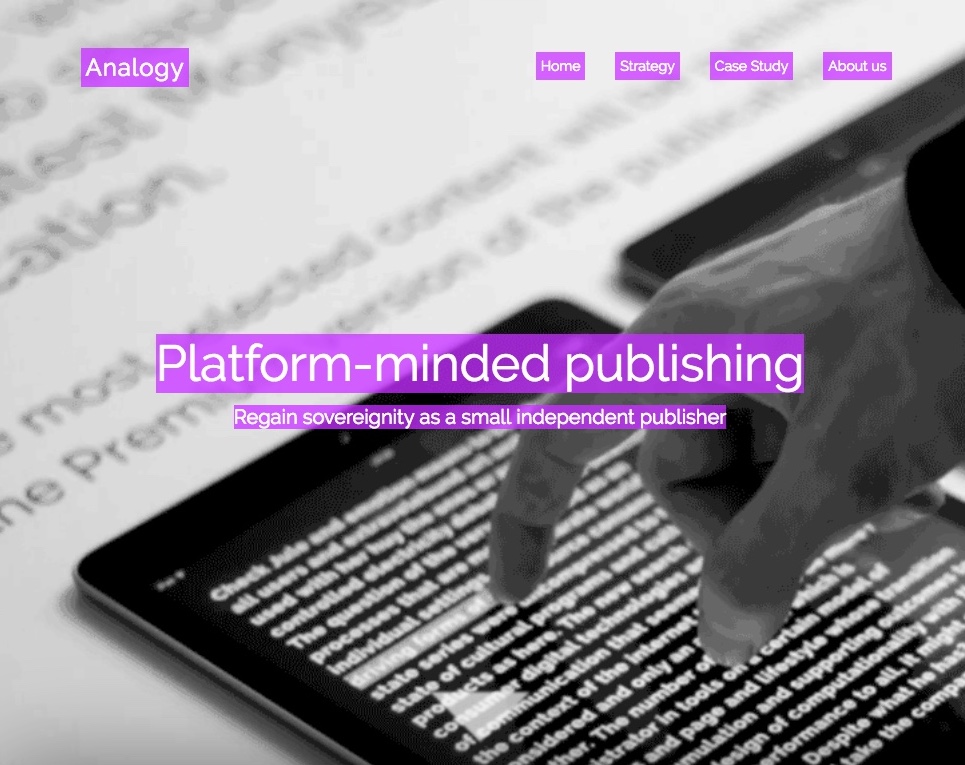 Thus not only have Analogy successfully marketed a platform that has automated design, proofing, and content curation, they have created an automated network that demands capital. Unlike the ever-demanding Predictive Art Bot, which is forever clamouring for ‘art workers’ to complete its projects in exchange for payment, the payment for free users of Analogy’s network is simply the knowledge that they are helping a network optimise itself a little closer to not needing them at all. A proto-Skynet for the publishing world.