Why would such a web be desirable?” – 21INC team

Bitcoin signals a turning point to that trend, with micropayments on a massive scale allowing users everywhere to share in the proceeds of everyday technology usage.“ – Tom Clancy

Micropayment frameworks are – alongside Universal Basic Income (UBI) – among the few novel economic vectors that have emerged in recent years, catalyzed by the near-ubiquity of blockchain technology in both the fintech market and the discourse surrounding speculative economics. Media attention has been focused on UBI due to its being trialed across the globe on at least a city-wide scale, and its (supposedly) universal applicability. Micropayment projects are far more diverse in terms of their applicability, scale(ability), and target audience, as well as being ventures that – contra to UBI – are mostly dominated by private businesses. These factors have, as such, curtailed generalized speculation on micropayments in the past.

I will herein analyze the technical structure of micropayment frameworks currently in operation, as well as their accompanying technical issues, before laying out two different ‘camps’ of micropayment frameworks, and how they (dis)empower the individual. Will the expanding internet of machine-machine payment frameworks have space for human users? Will the individual be further squeezed between invisible paywalls? Or will Bitcoin finally play its trump card, and provide a technological rapture of the sort envisaged by crypto-evangelists such as Tom Clancy?

Micropayments are a form of Microlending, that – as their name suggests – involve a very small monetary exchanges taking place (‘microtransactions’). Just how ‘micro’ these transactions differs between platforms. Although PayPal’s new ‘micropayments model’ classes a micropayment as transactions under €5, financial models centered around cryptocurrencies enable micropayments (to use Bitcoin as an example) as small as just a few hundred Satoshis (a sub-denomination of Bitcoin), or even less (at the time of writing, 1 Satoshi = €0.0000116281). This ability to work with such small units of value is due to the computational nature of cryptocurrencies. Although it isn’t practically feasible to break traditional fiat currency into units of less than (for example) €0.01, the wholly-digital nature of cryptocurrencies means there are no real reasons for not creating even smaller units of value, since no physical money is ever involved, and transactions only occur in a digital, computationally regulated space. In short, the important difference between micropayment frameworks that do or do not use a cryptocurrency is the size of transaction they allow. With the advent and uptake of cryptocurrencies, minute actions that were previously too small to be capitalized on, or were seen as too small to be financially rewarded for, can be now be monetized. Aside from pure curiosity, the urgency to begin this speculative assessment comes on the heels of investment firm Wedbush Securities claiming that the micropayment market could be worth up to $925 billion by the year 2025.

Although there are numerous forms of micropayment frameworks, this article will focus on those that solely facilitate cryptocurrency exchange. This is in order to focus my examination on how those micropayment frameworks that fall under the banner of ‘Crypto 2.0’ are morphing around, colliding with, and potentially undermining, the market hegemony of previously established economic frameworks. Furthermore, the examples discussed throughout will reference Bitcoin simply because it is by far the most mature cryptocurrency, and the currency that almost all micropayment platforms operate with. 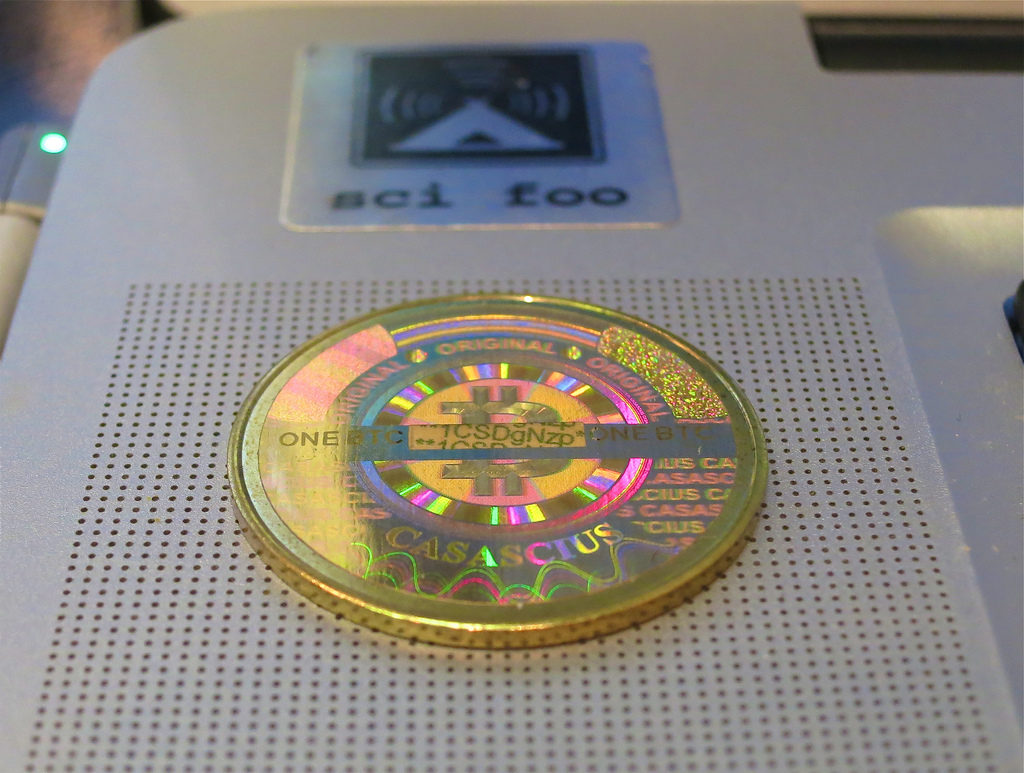 There is, however a technical hurdle that must be cleared before micropayment frameworks can be properly implemented. In theory, the decentralized, peer-to-peer nature of cryptocurrencies mean that no additional fees – such as the transaction fees taken by PayPal – need necessarily occur in the course of a micropayment exchange, as no centralized third parties are involved in, or facilitating, the transaction. Thus, transactions only comprise of the fee being exchanged, and no more, keeping spending to the bare minimum. Since it does not cost anything to send money from one peer to another, theoretically the Bitcoin network would allow for an individual to send either a huge series of micropayments totaling amount ‘x’, or a single large transfer totaling amount ‘x’, and incur the same overall costs. However, in practice this is not the case. Since the current Bitcoin blockchain is still operating with a 1MB block cap, leading to delays, miners are prioritizing transactions with higher mining fees, resulting in long delays on micropayments. Furthermore, due to the current state of the Bitcoin network, the minimum output size of a transaction is 5430 Satoshis – equivalent to $0.0645156219 at the time of writing – but would incur a mining fee that is far higher than this; as high as 200%, according to developer Thaddeus Dryja.

As worrying as this issue may seem for micropayment frameworks, solutions are on the horizon. There are many projects – notable amongst them being Dryja’s own Lightning Network – that are experimenting with techniques such as off-blockchain micropayment solutions, in order to mitigate this issue. As with all reactive problem-solving, however, the Lightning Network raises further issues, here pertaining to the integrity of the Bitcoin network itself. Off-blockchain payments are inherently less secure than on-chain Bitcoin transactions. Furthermore, the Lightning Network solution involves a third party being involved in transactions, facilitating cost-free micropayments. However, as astutely noted by Andreas Antonopoulos, Lightning at least offers a trustless facilitator in the form of technology. This means that off-blockchain transactions occur in a codified, trustless environment, rather than relying on centralized exchanges such as Coinbase. Yet again the Bitcoin community has shown its preference for the cold, trustless law of code over fallible, untrustworthy financial human intermediaries.

Whether the Bitcoin community at large accepts these necessary evils, in order to utilize the potential in micropayments, remains to be seen. Bitcoin ‘purists’ such as Tone Vays claim that they are willing to accept high transaction costs in order to maintain the network’s security. However, considering the flourishing interest in the fintech and ‘traditional’ financial spheres in capitalizing on blockchain technology, Bitcoin, and alt-coins, it seems that off-blockchain micropayment solutions will eventually surface somewhere in the crypto-sphere, even if they are not particularly welcomed by those more focused on network integrity. I implore interested readers to examine the Lightning Network white paper, and read Coindesk’s summary of Blockchain scaling issues relating to micropayments, for further technical information. 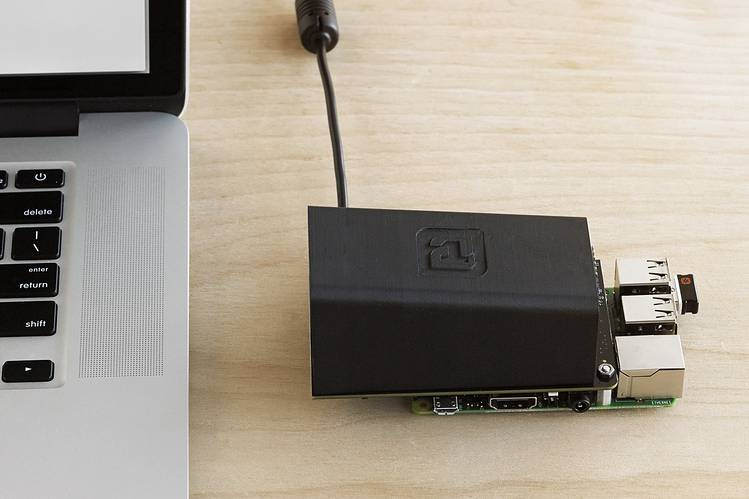 Returning the first of these camps, a brief explanation of each framework is in order. Searchtrade is a search engine, which evenly splits the income accrued from advertisers between its users, users who own keywords (essentially a form of investing in the company), the developers, and the company itself. Steemit is a social network with its own embedded cryptocurrency, which pays users for interacting with and creating content (in short, a Reddit that pays users). Although a recent court decision now makes Kim Dotcom’s extradition to the US inevitable – most likely putting an end up ‘Megaupload 2.0’ – the site appeared to have been a framework that financially compensated users for seeding torrents. Finally, Brave is a browser with an in-built ad blocker. In order to allow for users to make up the financial short-fall faced by their favorite sites because of users’ blocking their ads, the browser has recently added a function whereby users can send Bitcoin micropayments to the sites they visit the most, or choose to send to manually.

Moving to the second of the two camps of micropayment frameworks is where we encounter novel, if embryonic, economic ideas. This is where Clancy’s financial-liberation-through-technology could stem from. 21INC is a company that has created the Bitcoin Computer, which enables the user to constantly mine and share Bitcoin without the need for a costly mining rig. It further enables the owner to process and earn micropayments, via creating (and hosting) apps involving microtranscations. More alien yet, IOTA is a micropayment framework for devices embedded in the Internet of Things network. It involves Tangle, a cryptocurrency for these devices, which allows for microtransactions to occur at no cost, whilst simultaneously acting as a cryptographically secure ledger (the white paper can be read here).

This laying out of the two camps concludes this first part of my investigation. In short, it appears that, were the technical issues currently being solved by companies such as the Lightning Network to be removed, there is much potential for radical economic change within currently existing, ‘Crypto 2.0’ micropayment frameworks. Most interestingly perhaps is that this change could occur within the current system of digital activity, as well as outside of it – in unfolding economic explorations such as that envisaged by 21INC – simultaneously. Whether this would give in-the-know individuals an edge over the ever-creeping fintech scene, for a reasonable period at least, cannot be known at this point. The following section of this investigation will speculate on the possible situations that could unfold – Lightning Network allowing – when these issues are eventually overcome. Whether the socio-political effects of these two camps are broadly the same also remains mere speculation at the moment. However, it is important to remember that proper speculation before-the-fact can in fact affect the impact of an embryonic system. Those who take up these emerging technologies will have a say in whether micropayment frameworks emerge as simply a cryptographic rehashing of existing economic systems, or in fact create a base from which to build experimental, potentially liberating economic cultures.