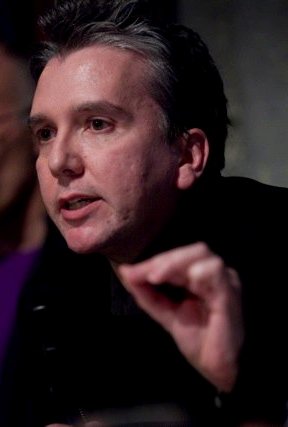 When the Sex Pistols released their song God Save the Queen in 1977, they became an emblem of the punk movement and of contemporary political resistance. The song declares that there is “no future for you, no future for me,” and calls for the reassessment of the idea of the present and the future. Franco Berardi argues, when the future ended in 1977 utopia died with it (only to return briefly during the cyberspace frenzy of the 90s). After punk — and again after the dot com crash — societies lost their progressive and future oriented worldviews, and instead became disillusioned. Mark Fisher, concerning himself with the historiography of a sense of temporality, extends this idea to today’s music culture. Disappointed by sounds and trends that try their best to sound like they are from the past, instead of agitating against political or societal systems he tries to get to what he considers the root of this problem. He finds the depressed state of pop music to be a side-effect of the ubiquity of the neoliberal digital sphere. Being immersed in the internet, we find ourselves without moments of boredom; having no time free from the pressures of work in expensive cities that used to be hotbeds for creativity, puts a strain on our critical and creative reflection. In his most recent book, Ghosts of My Life, Fisher claims that we are haunted by imaginations of futures that never came into being, leaving us depressed or melancholic. He finds hope in a maladjustment to these circumstances that ideally leads to the refusal of a present that has not (yet) been appropriated by its time.

Fisher holds a PhD in Philosophy and Literature, while his current research is more interdisciplinary in nature. He investigates contemporary music cultures with regards to their political implications and has a special interest in the manipulation of sound. Fisher is part of the ‘My Creativity, your Depression’ panel on Friday 21 November, and will be talking with Pek van Andel and Sarah Sharma.