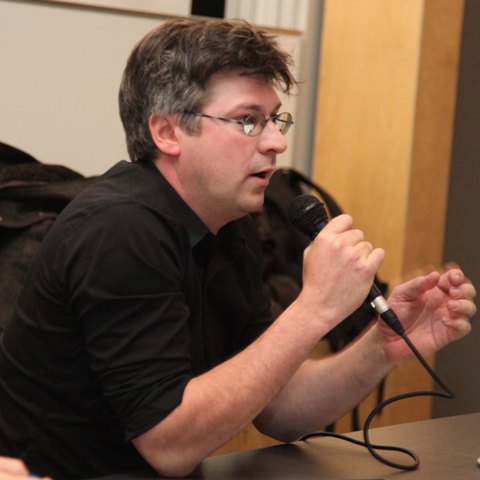 Although considered irreconcilable in many respects, the sociologist Pascal Gielen points to a key feature capitalism and communism share: they are societal constructs that identify the economy as the pivot around which our world revolves. Ever since Adorno and Horkheimer’s critique of cultural industries and capitalist mass produced cultures, the arts and creative production have been understood in relation to their degree of autonomy from the economic makeup of society. With the hailing of the creative industries as the solution to the preservation of creativity in precarious times, the question of autonomy gains a new level of importance. Gielen draws sociological research into the art sphere, and views the creative industries as a wet, flat environment that is focused on the “average of things” in which the “politically creative” can find no footing to build a ‘sustainable self.’ The creative industries rely on networked, flexible and commercially functional creative production. In this system the creative worker is forced to be passionate about his work, while at the same time s/he should be ready to dispose of an idea when it proves not to be profitable.

In his essay “Creativiteit en andere Fundamentalismen” (Creativity and other Fundamentalisms), Gielen talks about a new form of political engagement which he dubs ‘creactivism.’ First coined by Steven Nowotny, creactivism is an ‘ism’ without any political aims, rather it emphasises the process and procedures of the search for a better society. Gielen explains that the difference between previous forms of political creativity and creactivism

“lies in the way creactivism does not naively join in with the idea that creativity should always be progressive or innovative. It rather asks the question what kind of creativity would lead to a better society. This means that the political dimension is not what is important, but instead continually asking the question of whether your creative product can contribute to a better world. Unfortunately though, I do not see cases of creactivism in the real world yet.”

Gielen views the internet as a potential space of autonomy and revolt against bureaucratic neoliberalist policies. When asked about the importance of net neutrality in this respect, he concedes that

“not even net neutrality is enough to ensure the internet as a free space. NSA-like surveillance practices need to be abolished and we need a wide front that simply exerts itself for true democracy.”

Pascal Gielen presents his notion of creactivism in the panel discussion on Artistic Autonomy vs. the Creative Industries on Thursday 20 November. He will be joined by Josephine Berry Slater and Sven Lütticken.