In his opening talk Robert Hewison reported on the latest attempts to reboot the creative industries concept in Britain. “I bring you great news. They have discovered the creative industries. Again.” This Monday more than 200 arts organisations and commercial creative companies representing the UK’s cultural sector come together at the launch of the brand new Creative Industries Federation. 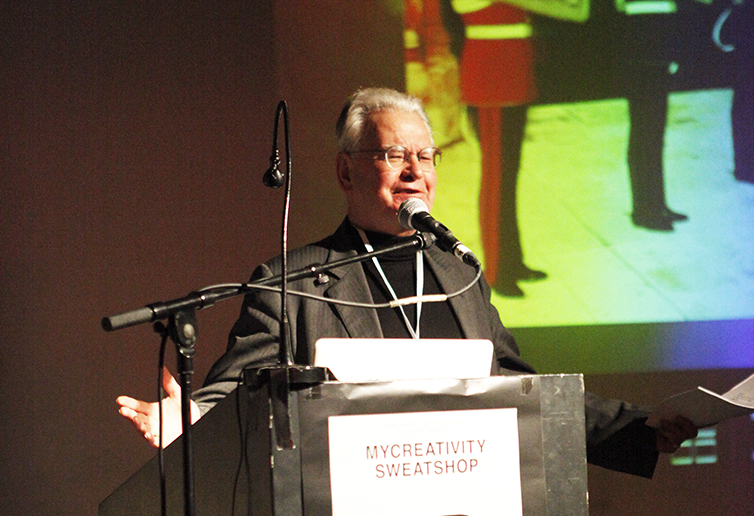 In the mapping document of 1998 creativity was described as a tradable property. Artists were excluded from the categories but artworks and antiques were not. 1.4 million people were said to be employed in the sector, with a value of 60 billion pounds. The sector was said to be growing twice the rate the rest of the sectors were. Hewison argues however, that the problem with figures is that you can’t use standard classification to capture the creative element. People working outside of the creative industries are creative as well. Another problem is that a lot of creative companies are too small to register and are thus not captured in the statistical net. After the dot-com bubble in 2001, the figures had grown to 2 million people employed in the sector. Despite the fact that the field continuously changes, the publication Staying Ahead (2007 ) at no point challenged the 1998 definition of the creative industries. 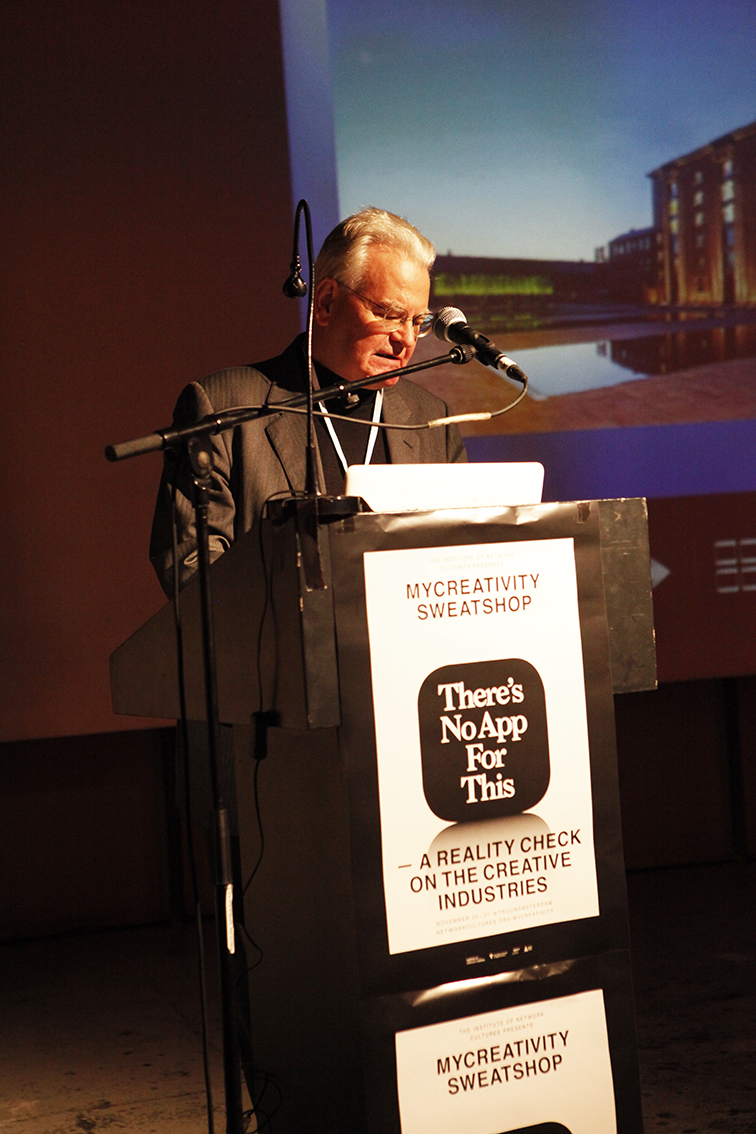 A great deal of the problem lies exactly in that definition. If we can’t agree on what the creative industries are, how can we say that they exist? To refresh our thinking is not a question in terms of sectoral definitions. Instead, Hewison argues we should try to discover whether we can find a distinctive pattern of organization; the confirmation of relationships that give a system its essential characteristics.

This continuing failure to establish a working definition of the creative industries,  is due to the lack of understanding of the economic gearing between ‘creativity,’ the ‘creatives’ who practice it, and the organizations that seek to capitalize on it.

The Throsby ‘concentric circle’ model is used everywhere, for example in a report for the European Commission where the arts field is the core, surrounded by the cultural industries, which is then surrounded by the creative industries and its activities. All circles have in common that the products created are protected by copyright.

Hewison argues that this is a curious misunderstanding of creative activities. The model is completely misconceived. To begin with, it conceals of operated ideological assumptions about the nature of culture and creativity. It gives a central role to the artist: this reveals itself as a profoundly romantic conception, and hierarchical as well.

The model can be compared to when you look down on a fountain. Creativity is storming in the middle, then it spills over, there are accidental benefits and economic activity. The creative has magically transformed into an entrepreneur, a risk taker that accepts permanent insecurity.

Hewison argues that artists are not at the center of anything; they exist at the margins. He admits that the image of the lonely artist at the margin is as dangerously romantic as the expressive value, there is always a danger of being captured by a visual metaphor. However, when it comes to creativity, being on the margin is not a bad place to be. It is exactly here that creativity takes place: between the academy and the avant-garde, between form and function. The artist exists at the point of exchange. At the margins, one is actually rarely alone. It has become almost impossible to work in isolation; skills and talent emerge from creative community and a shared milieu. There always have been studios and systems. The financial success depends on the industrial scale, where one needs to work in teams and groupings. It is necessary to form and reform creative alliances. Microbusinesses are merged in creative clusters. 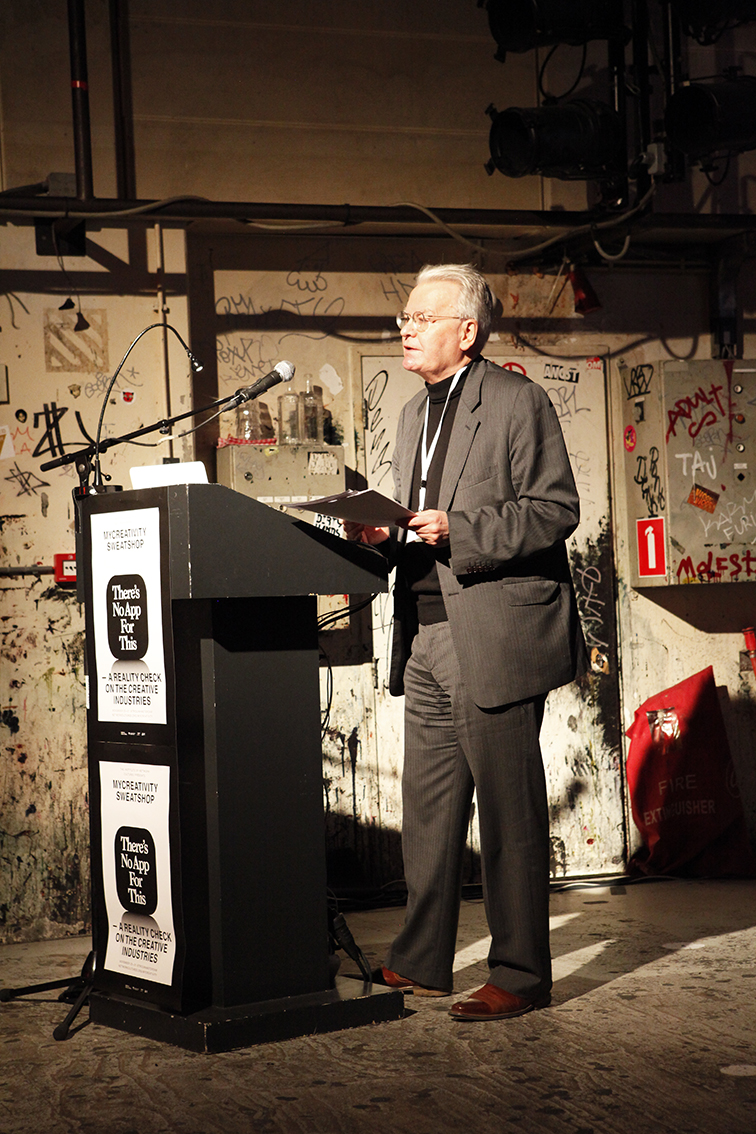 But if the concentric circle model does not fit the pattern of organisation, than what model does, Hewison asks. Of course the model of the network comes to mind, but it’s not that simple. There is  something mechanistic about networks, because they seem to be planned. When we want to describe the complex social interactions that are not purely economic, we have to move from the mechanistic to the organic. The field might be described as a pattern of enzymes, as a network that forms itself. Different enzymes form a closed group. It is more productive to speak of biological creativity. The pattern of organization of the creative industries might be grasped as a web instead of a network. When it comes to creativity, an element of disorganization is needed.

Hewison concludes that despite the fact that the creative industries may not exist, this doesn’t mean that they should actually be invented. Creativity does exist and there is definitely an important relation to an economic system that we should address. Although digital tools have enabled more home made participative forms of culture, the gatekeeper is still commercial culture. Capitalism thus poses its own limitations to creativity. The model of the marketplace may appear democratic, but access to the market is unequal and the market always seeks to privatize public goods.

Unlike the close rings proposed by Throsby, to understand what the creative industries are and might be, they should be reconciled as open patterns of organization, Hewison argues. In nature there is not an ‘above’ or ‘below’. The creative industries are a web of interactions, where creativity is iterative because it looks back on itself. The field is disorganized, it absorbs change and enjoys risk. We should strive for a creative industries where self-realization does not come at the price of self-exploitation.

The value of the creative industries concept is that it challenges older hierarchical models of power and taste, which is why it is so important to develop a better understanding of the concept. Let’s start to take a closer look at these organic patterns of organization.