There is a field of tension between the notions of creativity and innovation as we encounter them today. During this session, Pek van Andel, Mark Fisher and Sarah Sharma discussed serendipity as the eternal principle underlying what we call creativity, and looked at the ways in which it has been absorbed into the world of labor. But why is this absorption into the economy and labor not really leading to a supposed orgy of social, economic and cultural invention? To start formulating an answer to this question, it is first important to define, at least to a certain extent, serendipity. 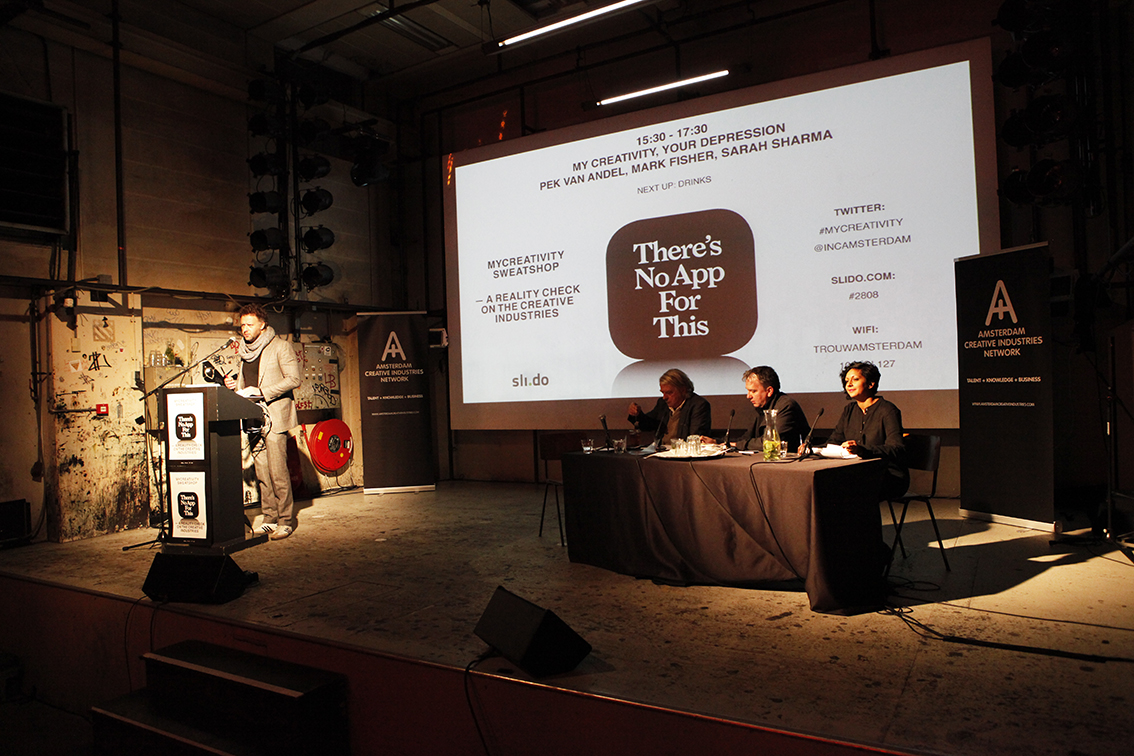 According to Van Andel, serendipity is “a surprising observation followed by a correct explanation.” But looking for the unknown makes no sense; you either already know it, or you do not know what to look for. So why should you look for it? Because, he says, people who do it, have no better things to do. 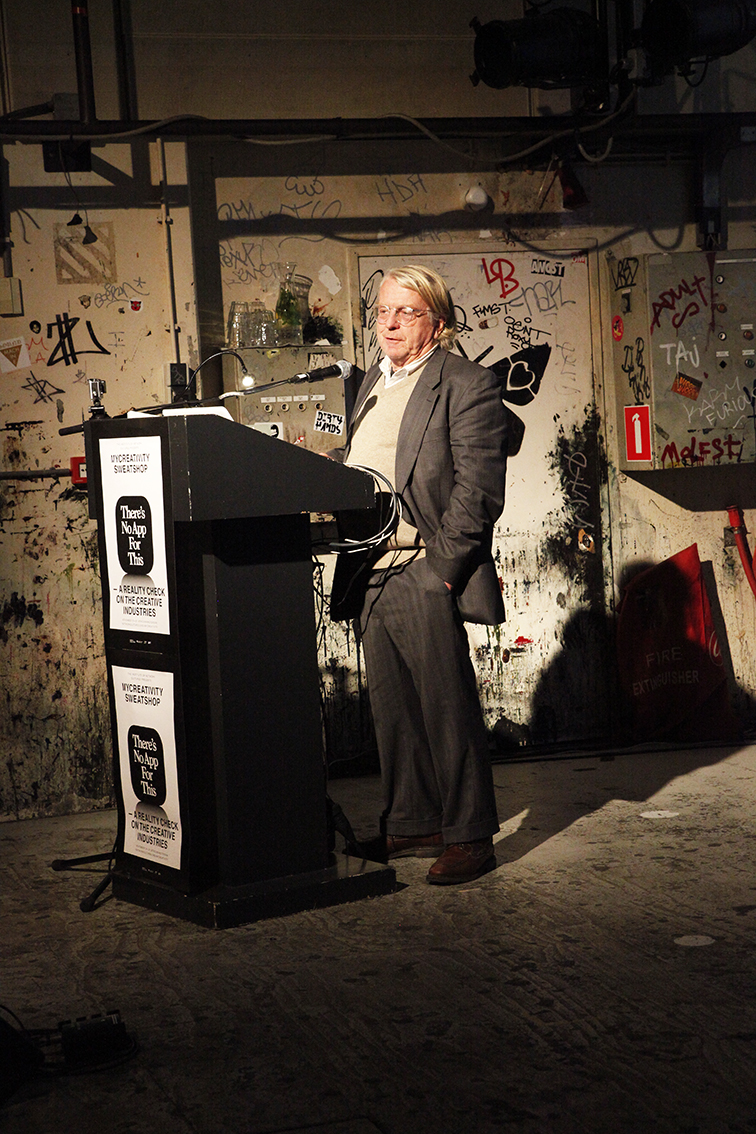 Van Andel suggested a second definition for serendipity: “it is an observation over an anticipated and crucial datum that can be an enigma, an anomaly or a novelty; it can be very trivial.” To explain the importance of researching trivial things, Van Andel used the observation of Albert von Szent-Györgyi on the fact that when you take off the skin of an apple, it takes little time before it gets brown. Eventually, this observation led to the discovery of vitamin C, for which Szent-Györgyi got the Nobel Prize. This shows that a surprising observation can be trivial.

For Van Andel, intuition is to anticipate without being able to make that explicit, and serendipity is by definition unanticipated. Serendipity is intuition in the making, and you can teach and learn it by practice and theory. In this sense, an accidental observation can lead to accidental discoveries, inventions or creations. Note that accidental does not mean random. Accident has the psychological connotation that observations fall to you normally when you are searching for something else (or nothing at all) without anticipation of the mind. Systematic research and serendipity do not exclude each other, but compliment and even reinforce each other. We must also “expect the unexpected”. 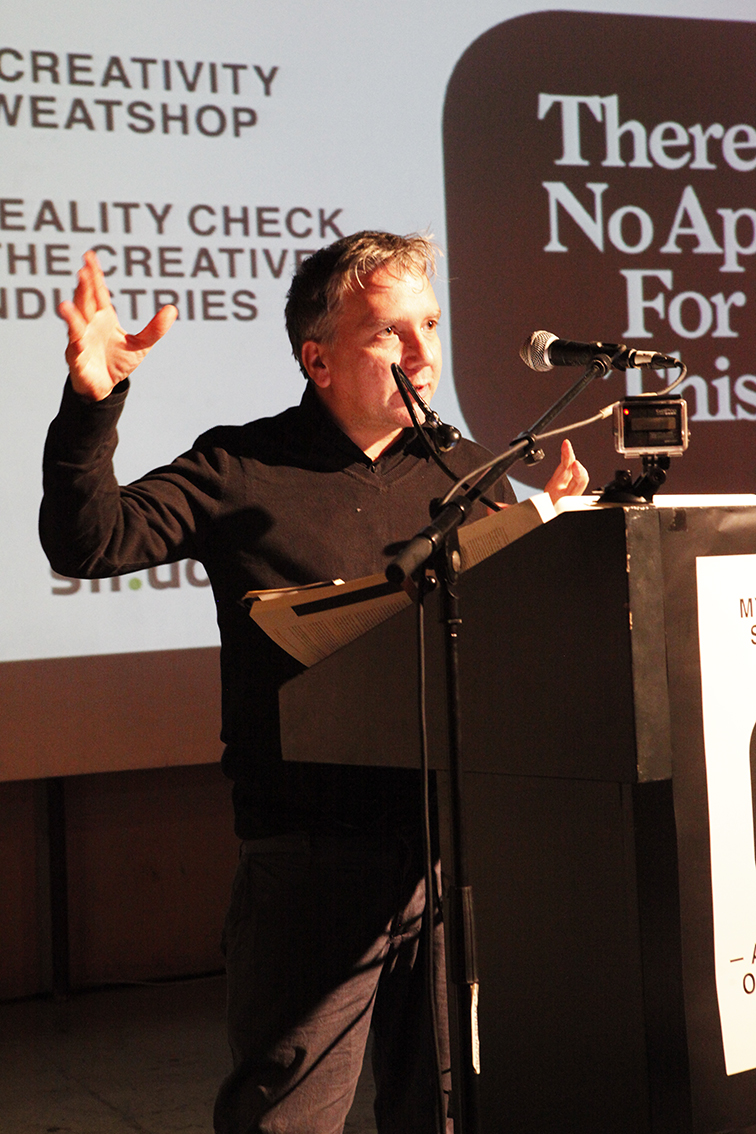 Fisher started his speech by delineating two principles of neoliberalism. Firstly, creativity results when we take security away from people. Security is decadent, and creativity flourishes when it has been removed. Secondly, overwork is better than underwork. In neoliberalism, if you want to make things efficient you overwork people.

Fisher then turned to the example of Andy Warhol in the book “Dead Man Working” (2012) as a kind of precursor of the ideal post-Fordist worker: he has fun working and uses every social occasion to get more portraits. Of course, this is true not only for artists, but for everyone who lives in this neoliberal capitalism. It is the pressure to use and instrumentalise your friendships, the pressure to communicate, to show up, to perform convincingly, to look good. Simply put, to absorb all aspects of life into a project.

The population is engaged in artistic-style projects, and work is now everywhere. Alongside this, there are spaces of hustling and ubiquitous metawork, such as the internet and social media. In this constant anxiety and urgency, what is lost, is a kind of absorption. This is however not the same as concentration. There is a creative and active side to absorption. To be absorbed in a piece of music is not to passively consume it, but work with it in a certain way. The dominant tendency of contemporary technological capitalism is to stop that. Technology is carrying around a misleading way to knock us out of any state of absorption in which we might fall, and this leads to cultural depression and lower expectations. Fisher used the example of music to illustrate such low expectations. He said that we do not expect something like the Beatles anymore. The times in which such things where produced are over. Why? Because musicians are the victims. 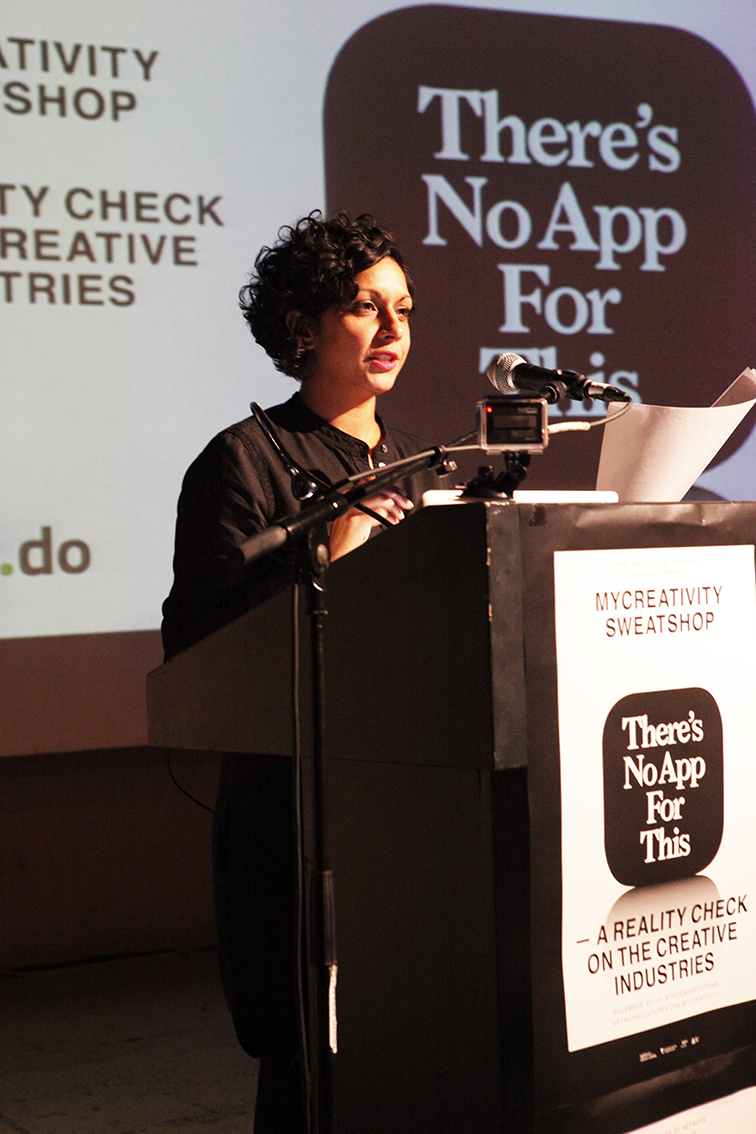 Sharma took a different angle with her speech and started with saying, “the world would be depressing without feminism. Creatives need feminism desperately.”

No movement can survive unless it is concerned with, and attuned to the reproduction of its members. It is a feminist analysis that actually illuminates the material conditions of how we labor, live, and love, because it never talks about the individual but always about the social.

Shifting to serendipity, she said that it is a romantic notion. Even if you believe in faith or randomness, everybody loves encountering a small detail that leads to a new romance or a new job, meeting a new friend, the things people actually really love. She does not have a definition for serendipity; “it has to do with fate and fortune and is a way of seeking a new world. It is all the potential possibilities that cannot be foreseen.” What she is interested in, is the relationship between serendipity and material conditions; the cultural-economic context that gives rise to serendipity as a way of being in the world.

In her current research she is looking at how different populations understand their own lives in terms of fortune and a lacking; how they seek this kind of knowledge, rather than expertise knowledge. As she said, there are people always waiting for someone to offer them a new job, a new life. “Their lives are structured around the potential that maybe something fair will happen. For some this is magic, for others just hope. At the same time I recognize that the desired belief in serendipity is related to surveillance and social control. It feels like a way out in a sense. Whatever it is, it should be seized”.