Coworking is a style of work that involves a shared working environment for independent activity. Coworking spaces are becoming more common in Europe, especially in startup cities such as Berlin. It’s no surprise therefore, that yesterday’s sweatshop on Political Coworking was held by Ela Kagel, the founder and Director of Berlin-based SUPERMARKT. 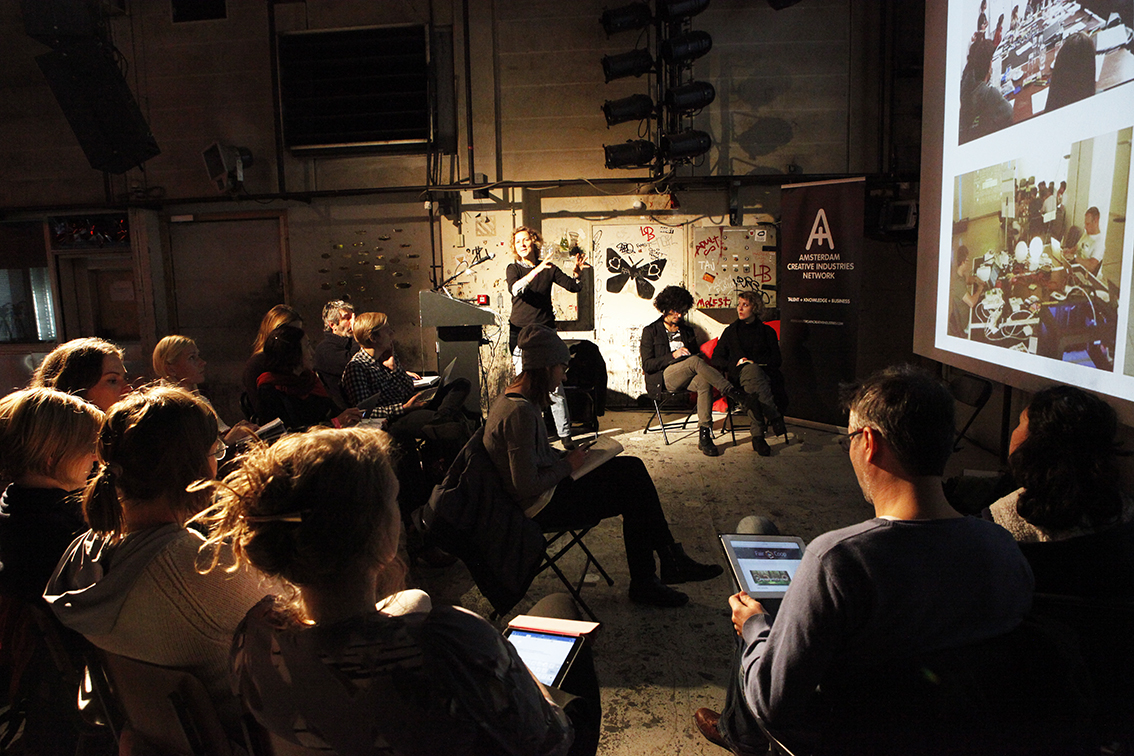 SUPERMARKT is a creative resource centre housing conferences and workshops, while offering space for meetings, presentations, work, and mutual thinking. Kagel shared her experience with SUPERMARKT by providing first-hand insights in terms of how to run a coworking space, and more importantly, what it takes to keep such a space alive. She introduced coworking as “working beyond the social norm.” It might indeed be this being beyond the norm that makes coworking so interesting.

Kagel presents coworking spaces as collaborative spaces that are self-organised and run by communities. They can therefore turn into a hotbed for self-organised movements. Indeed, a multitude of initiatives has already emerged, such as the Berlin based Internsheep. Once a coworking space is created, people come to share their knowledge, but also for the social gathering. Even though, they are working independently, they usually agree on the value of the synergy that is likely to emerge out of the collaboration with people of different profession. 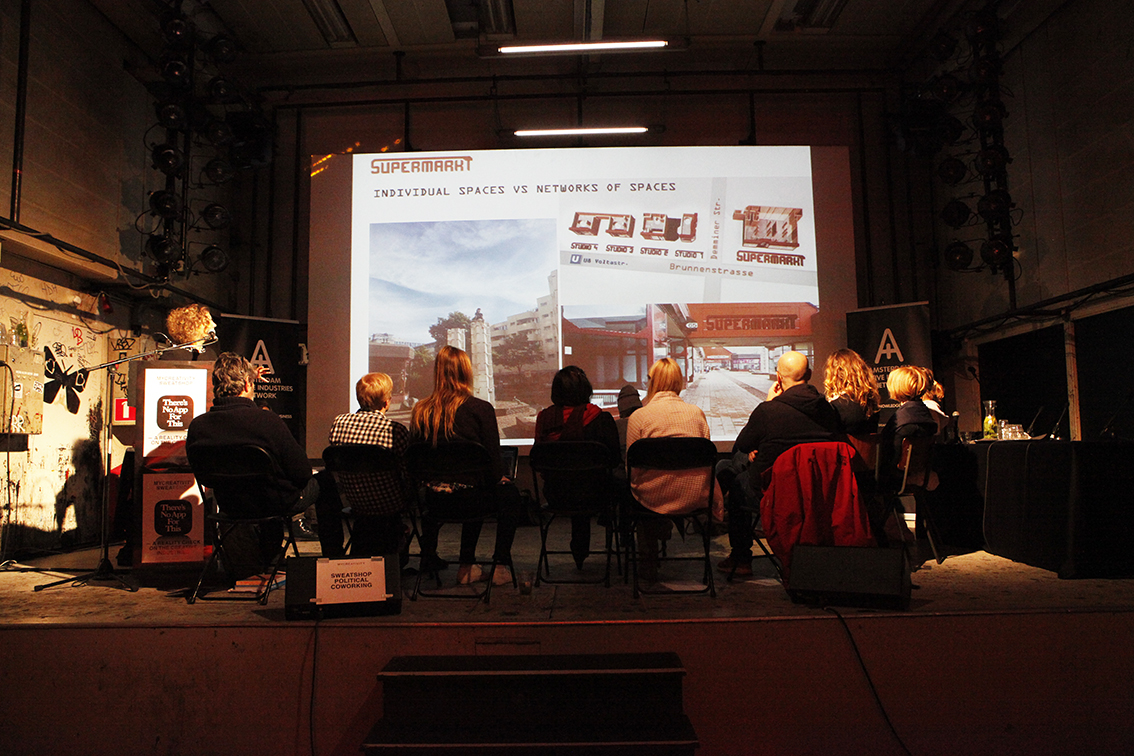 “We have to redefine the traditional notions of work”

The question is: how do you design these spaces in order to make them sustainable? Kagel states, that coworking spaces should not be looked at individually – they need to be considered as networks. As people travel, they often visit a variety of spaces. This is why they should be part of a hub, which makes them and the evolving movements even more powerful. Besides their creative atmosphere, open spaces usually bring along their own cultural premises. Communities need to be aware of certain collaborative formats, such as a lingua franca ensuring that no one will get excluded. Furthermore, they need a common understanding, or maybe even internal regulations, on the question of ownership. What to do with the knowledge that emerges in coworking spaces? It often happens that an idea is the product of a loose collection of people, which makes it even more difficult to claim ownership. Coworking spaces need to be designed in a way that allows people to collaborate under shared standards. SUPERMARKT copes with the issue of ownership by having weekly community breakfasts, where everyone can step up and provide an overview of what they are currently working on. By letting everyone know what they are doing, ownership is automatically claimed.

Kagel notes that even though SUPERMARKT is self-organised, there should still be someone that is in charge of external communication. Someone needs to make sure that there are interesting events to invite the right people come to visit the coworking spaces.

Summarizing, three keywords need to be taken into account when considering the sustainability of coworking spaces: participation, ownership and representation. We have just started to scratch the surface of what is possible in terms of interdisciplinary collaboration. It presents an area that definitely needs to be developed further in the future. Eventually, this is where innovation happens – and we all want to be part of that, right?