After the more theoretical and conceptual reflections of the early morning of the first day of MyCreativity Sweatshop, the Documentary Film discussion session offered a practical insight into the consequences of a heavily changing field in the creative industries. The specifics of the case study cluster around issues of finance cuts and cultural and technological shifts in distribution and production practices. 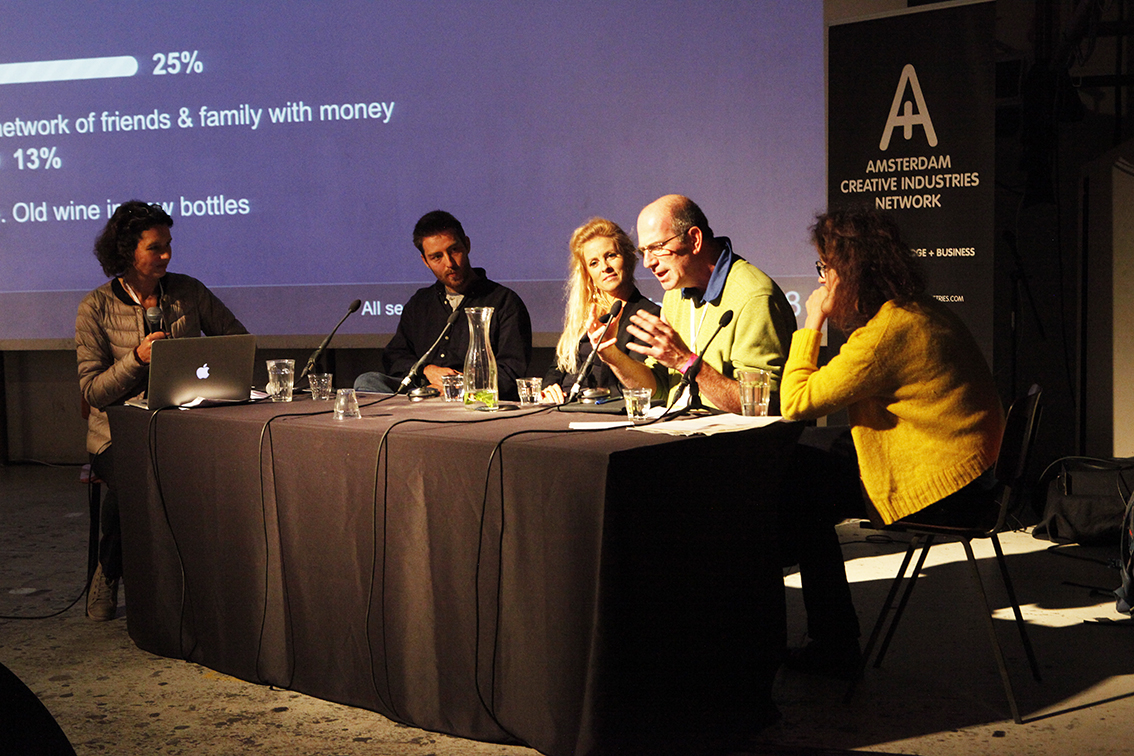 The conference brought together two well established producer and two young makers from different parts of Europe, leading to a nuanced discussion that covered many different viewpoints. How, for instance, has the lowering of the cost of professional technology influenced beginning filmmakers. What does this increased accessibility mean to producers? How do cuts in European film funds reflect on the projects that do get realised and how do they manage to survive the competitive pitching culture? 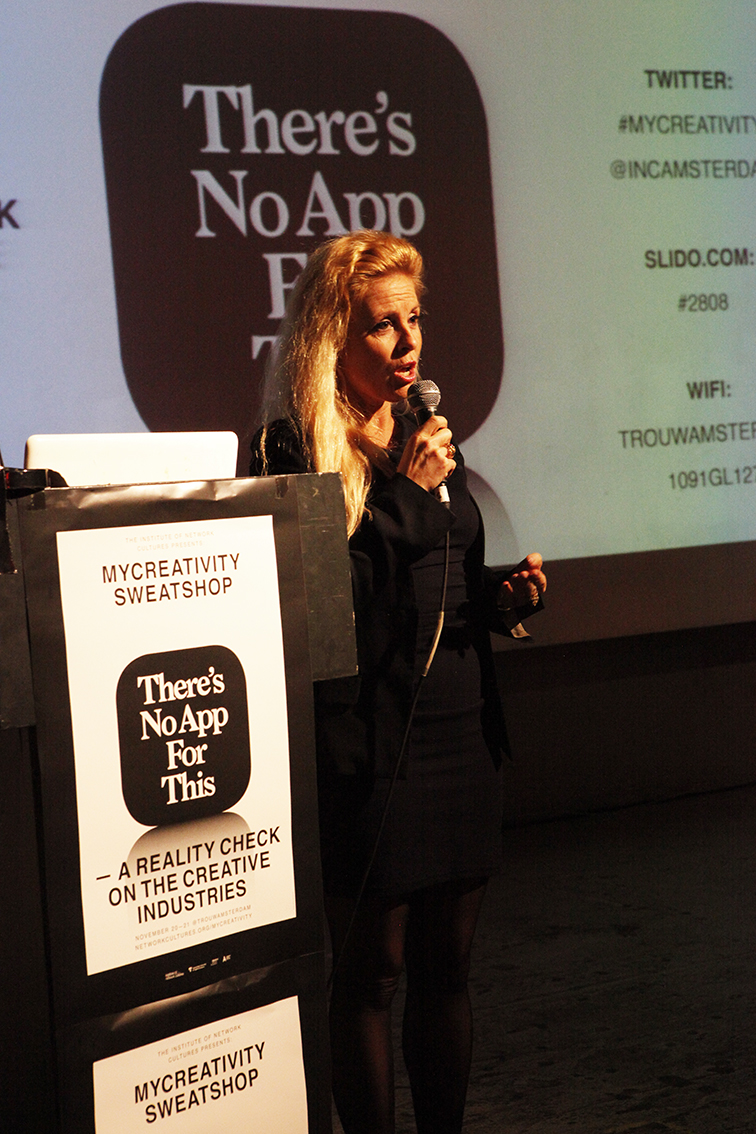 To start with the most flourishing of the film cultures represented in this session, producer Sigrid Dyekjaer was asked to introduce the unique situation in Denmark. She surprised the audience with the statement that funds are actually increasing in her country and that film productions are seen as a worthwhile investment in terms of international allure and cultural image. In fact, Dyekjaer explained that in order to finance a film, especially in a small language territory like Danish or Dutch, it is vital to attract international financial collaborators, indeed making the film product truly global.

What sets Danish film culture apart, Dyekjaer continued, is that especially because of the lack of international reach of the language, filmmakers started to experiment with narrative structures and stylistic elements, focussing on how to tell the story rather than how to sell it. For a well-known example of what this means, think of what the Dogme ’95 movement of Lars von Trier and Thomas Vinterberg did for the revaluation of normalised techniques of narration in Western cinema up to the nineties.

Dyekjaer deals with the changes in the distribution of films by thinking in terms of interest groups rather than the traditional age and gender oriented delineations of target audiences. With the rise of Video On Demand platforms and other online viewing methods, the producer should take advantage of the opportunities with regards to reaching the public in an online environment. Concluding, Dyekjaer stressed the fact that in her production company the ownership of the film is always returned to the filmmaker, giving them ultimate control over their own creative vision. 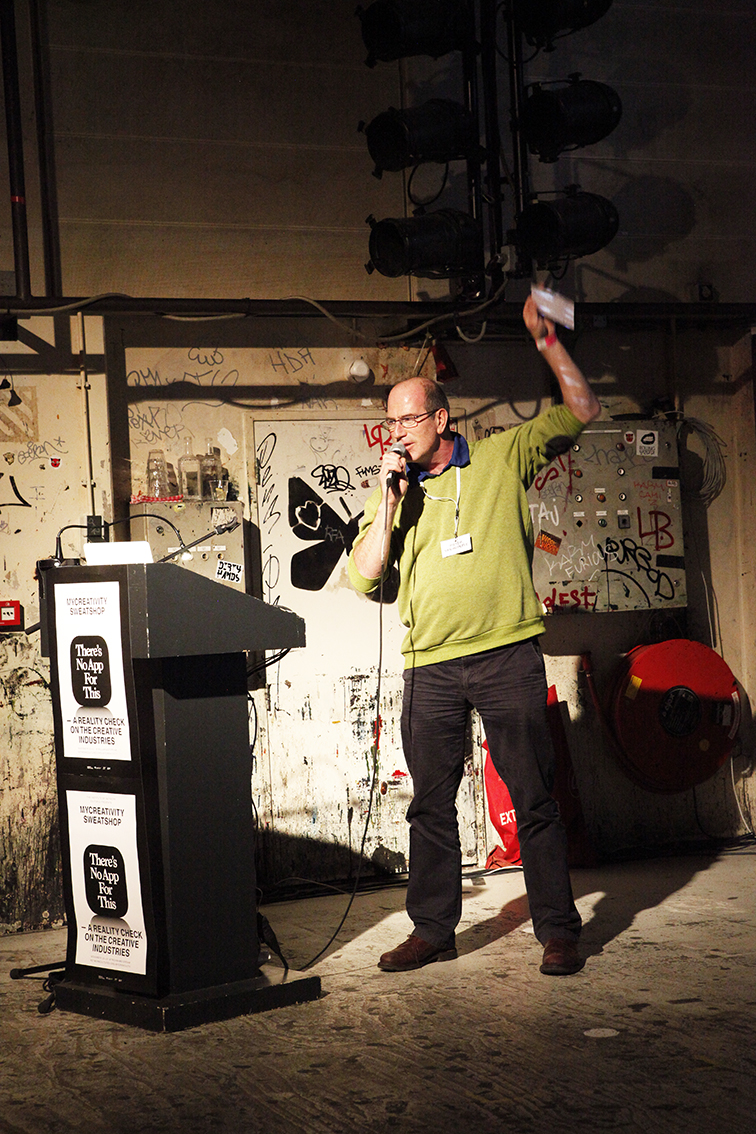 Following the dynamic spirit of the Danish film industry, producer Pieter van Huystee pointed to some differences in the Dutch situation. Here, funds have drastically decreased in recent years. With the reliance on the marketplace of the creative industries, it’s up to the producers and filmmakers to raise funds while trying to remain autonomous. While he thinks that ownership of the film should be divided between the two, he did acknowledge that the jobs of the producer and filmmaker are distinctly different.

In his vision, the producer is solely responsible for the financial side of the project. This should give the filmmaker space and time to focus on his ideas. Van Huystee painted the picture of the young filmmaker that goes to the beach and looks at the sky, and, fully enveloped in their work, sees his or her ideas reflected back more clearly by the clouds. He emphasised that to make an original film, young makers need to be relieved of some of the stress brought on by the financial burdens of filmmaking.

Pieter van Huystee proceeded to show a trailer of his current project, A Gentrification Program, that was started in 2012. With it he explores new ways to consider the economic aspects of art and heritage. The film starts by looking at sculptures made in the Congo. Van Huystee explains that the makers of these artworks can be seen as ideal artists, expressing their emotion through art. By recreating the sculptures with chocolate and displaying them in Western museums, the filmmakers critique the neocolonial implications of the process of artistic creation in different parts of the world. Re-focussing on the discussion at hand, Van Huystee said that what he took from this experience is that filmmaking is about the network; indeed, making documentary films is not about the money, and cannot be done alone. 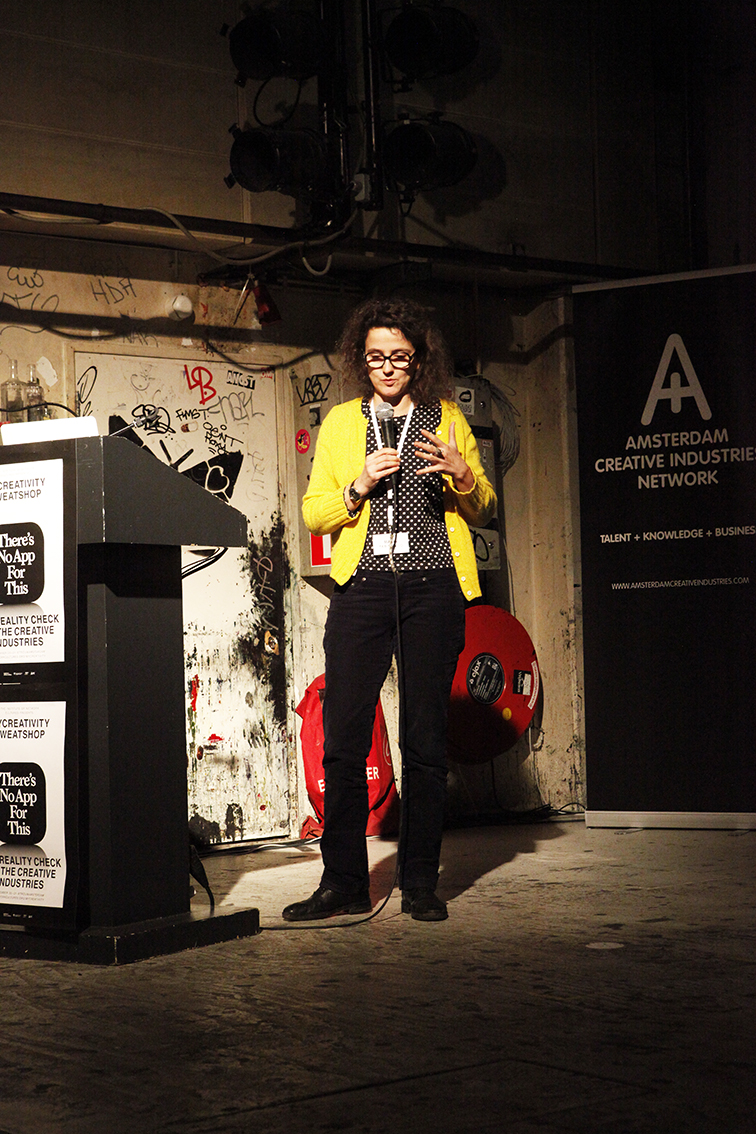 Using the metaphor of a sailing ship, Maria Tarantino explained her vision on filmmaking. Agreeing with Pieter van Huystee, she emphasised that it is never a one man/woman job; you need someone who knows how to read the water and someone else that is specialised in the interpretation of the wind. Indeed, filmmaking is teamwork that ideally brings together talents from different parts of the process and to make a successful film is to reach a balance between everyone’s values and ideas. Tarantino’s newest film, Our City, is a portrait of Brussels which she said was a particularly hard to pitch concept.

Reflecting on the pitching culture associated with filmmaking in the creative industries, Maria Tarantino touched on some points of critique she experienced in her practices as a filmmaker. While she doesn’t think state funding is a bad thing, films that are financed this way are often critiqued as being propaganda. While it seems likely that governments that fund the production of films would work to exhibit these films as well, the two processes are often detached from one another. Tarantino has for example long fostered the dream of showing her film on French television. The broadcasters however, were not flexible with their formats and criteria, making her dream unfulfillable. Tarantino recognizes that the other side of this is that audiences that are unsatisfied with what television channels offer, increasingly find their way to Video On Demand. Like Dyekjaer, she said it is up to the filmmaker to create more transparent connections with their audiences through these systems. 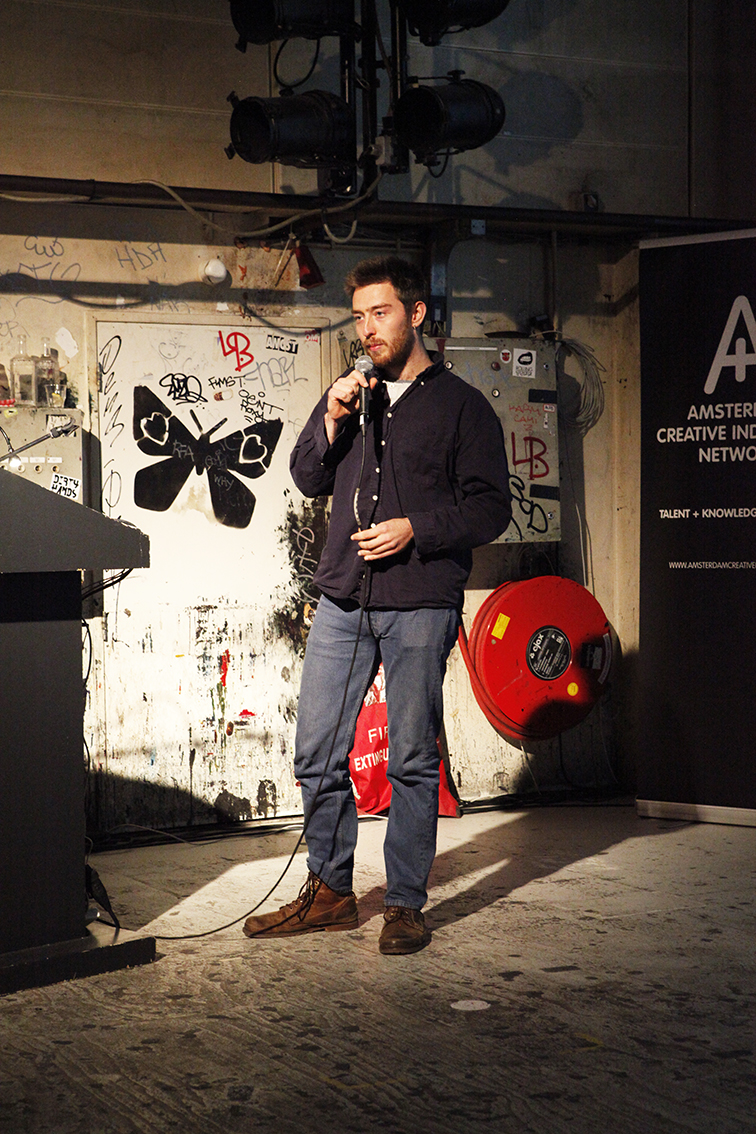 Knibbe graduated from the Dutch Film Academy in 2012 and subsequently won the Wildcard from the Netherlands Film Fund. The fund gave him a unique chance to make his first movie, Those Who Feel the Fire Burning, about illegal immigrants in the Southern edges of Europe. The fund enables young filmmakers to create a film without restrictions or interference from investing parties and it provided Knibbe with a basic budget. However, he and his crew still had to invest a lot of time and money to make the film possible without making concessions to their original vision.

Although the film was selected for the International Documentary Film Festival Amsterdam, Morgan Knibbe does not necessarily see his movie as a documentary. His goal was to bridge the gap between people, not to reach any kind of truth. Knibbe admits that he was lucky to be able to make his movie without the need to keep investors happy; this meant that he and his crew were completely free in expressing their creative vision. Knibbe furthermore insisted on speaking about the film as a team effort, stressing that filmmaking cannot be done alone.