“Me? Nothing special, just reading Visual Thinking by Rudolph Arnheim. You know, the German art historian? It is indeed a very interesting work.”

What is fascinating about this excerpt from this outwardly pretentious – because, “you know”, why should one know who Arnheim is? – yet ordinary Facebook chat which I am shamelessly deciding to share with the readers, guided by the belief that I will be understood because of our common human nature, is that I was indeed reading the book. However, I was doing it in the restroom; “resting” myself on the ergonomic device we call toilet. The same toilet I purposefully and accurately decided to omit from the conversation and the picture of the book I then shared with my interlocutor. During the photographic process, I scrupulously chose the angle and the framing, creating a wonderful piece of ‘omission photography’, worthy of a ‘Szarkowskian’ analysis of my photograph as a selection process. I did the same thing when I bought my first dog. I shared images of him with my friends laughing and having fun; yet, I never chose to share with my social media contacts the wonderful presents he left on my front door, or the warm torrents with which he rewarded those same friends for whom I took the pictures which I, instead, decided to share. I often posted photographs of wonderfully plated meals, and never shared a picture of the microwave heated hot dogs which I slam on a plate when I am running out of time, that look like grotesque cancerous protuberances after partially exploding in the oven. Social media’s vernacular photography is indeed often a carefully architected ‘spectacle’, and it is one of the reasons for which I decided to steer clear from these media. 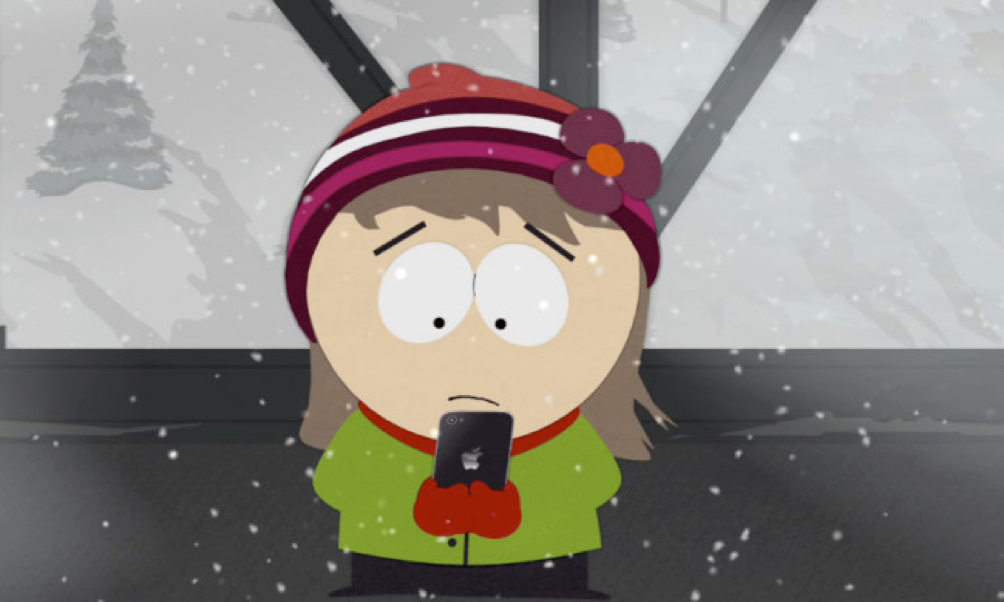 “Why are you listening to Paris Hilton’s Stars are Blind?!”

“Me!? Are you kidding me! I am listening to Radiohead!”

The pleasure of indulging into the secret listening of intellectually disengaged pop music when surrounded by hipster-art-school-social-media-friends, was like bingeing on chocolate chip cookies under the sheets in the middle of the night without being caught – and without sweeping the crumbs. And it was forever gone – or at least, I did not know yet how to fix the problem. All because of Facebook’s new gimmick. Social Networks are often what seems to be the product of a social voyeuristic and exhibitionistic paraphilia, influenced by the mediatization of every aspect of our lives, and its consequent ‘Debordian’ spectacularization. The Self, and the Online Self in this particular case seems like the digital version of what Ervin Goffman described in his book The Presentation of the Self in Everyday Life, as a constructed projection of ourselves. We construct and perform our ‘idealized image’ – on what Goffman calls a ‘front stage’ – omitting the struggles encountered while creating such an image. However, at times, audiences step up into the ‘backstage’ where realities are carefully constructed, and the actors ‘fall out of character’. Sometimes we fail at ‘impression management’. This was indeed my case. The rupture of the privacy filter oftentimes ends up with deconstructing the Social Network Stage.

“No, it does not! What are you even talking about!?”

“I mean… I know nothing, all of these people seem so intellectual… I never heard about 75% of the bands they share on Facebook. There is one of them who even listens to noise music. What in the world is noise-music supposed to be? Should I “understand it”? It just sounds cacophonic to me. I don’t know, all of this seems so pretentious. But I still feel terrible”.

“It’s basically weird people doing weird stuff, banging objects, and screaming, and lights going on and off, and it’s super disturbing and stuff. But this is not the point. Everyone seems like jumping off planes smiling with wonderful girlfriends on Instagram. Traveling around the world. Knowing basically everything. Partying. Always in the company of someone. Wonderful bodies. I am often on my own. I don’t really listen to bands with 200 views on YouTube. I have had no girlfriend since 2015. I am overweight. I don’t have a Tumblr where I post my beautifully white framed pictures and stuff. And then everybody nowadays is an artist. The new “creative” class. And where do all of these “mental-illness-is-so-edgy” people come from? Bah…”

“Camilla I think you need a break from social networks”.

“Maybe I need a break from myself”.

The constructed Social Media Self often creates vicious circles of self-loathing. On one hand, users are aware of their own personal ‘backstage’ reality. On the other, they are constantly bombarded by carefully chosen information coming from the ‘front-stage’ of their social media contacts. We can all count our real, true friends on the fingertips of half a hand, and usually, social media contacts are superficial acquaintances – and sometimes just our virtual voyeurs. Indeed, in the majority of cases, one does not get to peek behind the curtains, believing in what is staged. The platform tends to constantly remind you that there is always someone better than you; more competent than you; someone that drinks more green smoothies and eats more avocado than you. A colorful reminder of how inadequate you are; people believe it. I did. Many of my friends did. And this is why I decided to kill my Online Self.

How I Killed my Online Self and Still Managed to Survive:

I perfectly recall the sensation, which now feels so familiar to me – because of it being the first of a long list of break ups in my borderlineish love/hate relationship with Social Media. When I clicked that button, when I clicked the ‘delete account’ button, I could not go back. All of those 1500 fake friends were suddenly dissolved; I burned down my own stage. In a sense, I was dissolved as well. A stream of Whatsapp messages inundated my phone for a couple days.

“In the same place as usual!”

“Are you okay? What happened?! Did you block me on Facebook?!”

“No! Nothing happened! I just decided to eliminate my Facebook and Instagram accounts! And yes, I am okay.”

“OMG. Why!? All of those pictures! And all of the pictures we have together are gone! They will not even show on my profile anymore! Why did you do this?!”

“Because I am fed up with Social Media.”

“How will you keep up? I mean, all of your friends…”

A wave of hysteria hit my friends. They seemed to be all incredibly surprised by what seemed like a revolutionary, almost anti-hegemonic act of revolt against the status-quo. They also seemed more concerned with the disappearance of a part of their ‘front stage’, represented by the posts we had in common, which is something I found very interesting. It was for them like seeing a part of their faces dissolving in their virtual mirror; memories seem to not be enough anymore. Now we need social media pictures to ensure that those moments actually happened. Since the advent of the latter, the Cartesian proposition of cogito ergo sum seems to have been changed to condivido ergo sum. And when the condivido is swept away, we remain with our real selves. But what I found on the ‘other side of the tunnel’, was a better Self than what I was expecting when comparing myself to others online. I even drink green smoothies sometimes now.

My name is Camilla Palermo, and I am a Communications student at John Cabot University, where I settled after a series of academic hijinks. I might have too many interests and here I finally found a place where to deepen them altogether. Some of the things I love are ‘trash aesthetics’, John Waters films, weird things I find online, and traveling. Yet I always change. Don’t take this too seriously (LOL).
I currently killed my social media selves, but you can still find the real me on my ‘old-school’ e-mail address 🙂 camillamcpalermo [at] gmail [dot] com