Two artists are ready to start their talks. One of them is standing in front of a bookstand, with – instead of a book – a smartphone and a tablet upon it. Behind her, videos and pictures are playing on a big screen. The last session of the ‘Fear and Loathing of the Online Self’ conference, entitled ‘Artistic Practices of the Online Self’, starts. This session is conducted by the artists and teachers Natalie Bookchin and Katherine Behar. 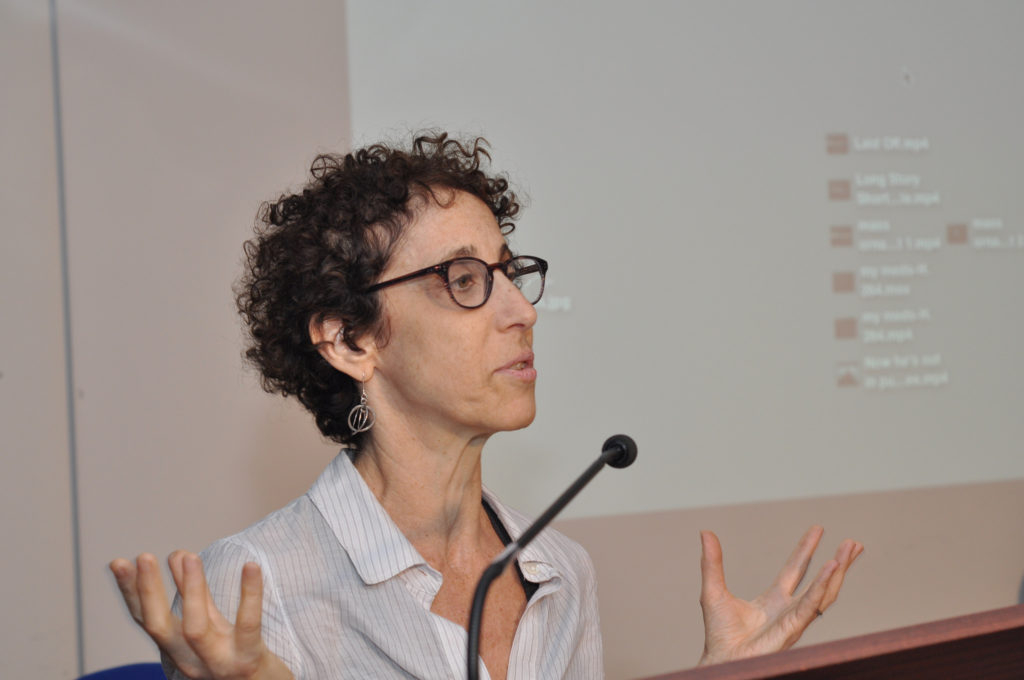 As is written on her website, Natalie Bookchin ‘is an artist whose recent multi-channel installations and films present harmonic and dissonant melodies of the shared self in an era of ubiquitous connectivity’. She shows us three of her works, that refer to the concept of ‘shared self’: each of them is based on the idea of a collection, an archive of content (videos, in this case) that the artist wants to keep together. To describe them a little bit, it can be useful to think about them as a gallery of pictures – moving pictures, of course – one next to the other, without any sort of separation; a stream of images, people, emotions. The people in the videos are doing, more or less, the same thing, or are talking about the same topic, etc. Each video is an entity that gets a new meaning by being connected to the others. The artist created her own montage, thinking about it as ‘a kind of propagation that I think my work had documented’; the aim of this series of works is ‘digging deep into results and kind of making connections and go beyond the connections made by algorithms’. 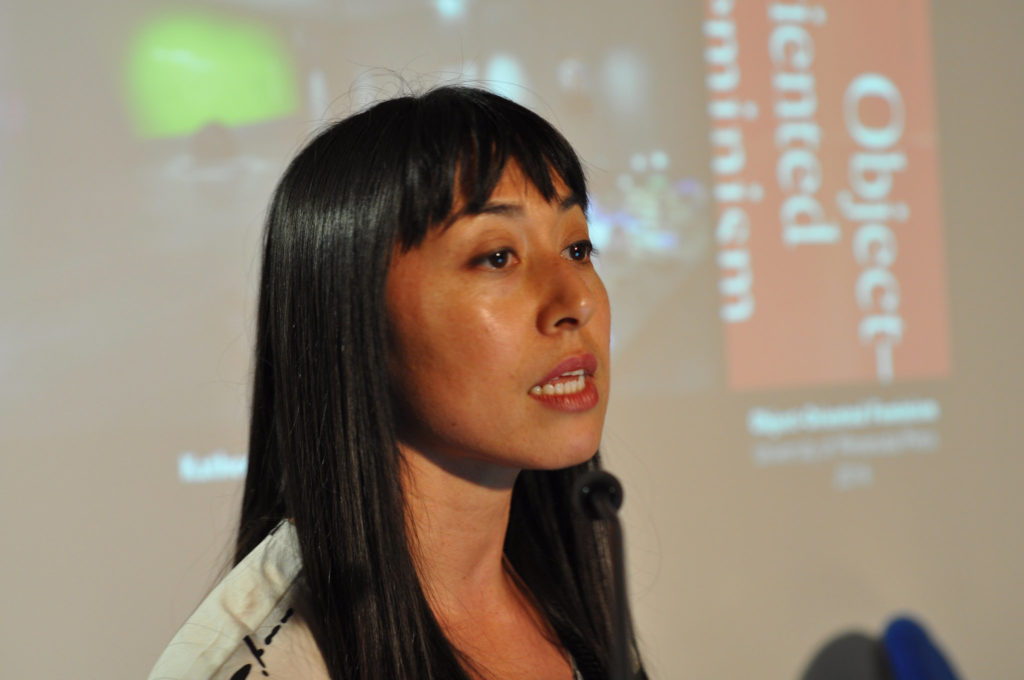 Katherine Behar starts her talk saying that her work is normally focused on the disappearance of humans and making non-human entities come up to the scene; so, being at this conference and talking about the human identity online, is a challenge for her. Fortunately, she accepted the challenge and shares with us an analysis of predictive models of collecting and catching information about people online, using attributes that make our identities in real life – gender, race, sexual orientation, age and so on. These attributes are used to make us become objects, similar to others just because we have something in common. Following this logic, each attribute can be taken and analyzed separately and produce meaning – and money. With regards to this, the artist expressed the concept of ‘personalities without people’ through her work Autoresponder.exe. Behar also presented three amazing works that she made: Modeling Big Data, Data Entry and E-Waste, which are all about data: how we live with our own and other’s data online, how companies catch those data and use them to make a profit, etc; how they try to make objects from ourselves using those data, instead of knowing people as they really are with all their differences.

So, the risk – actually, in some cases, the damage is done already – is to become objects just because we express ourselves online. We should be careful.