This post was written by Nicola Bozzi, and first appeared on 31 May 2017 on Schiz🙃cities. 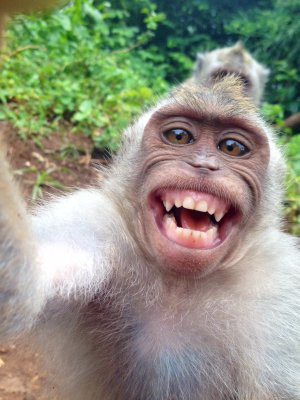 I have been to a few INC conferences in my Amsterdam years, so when they announced they were tackling online identity this time I just had to go. Organized in collaboration with John Cabot University and Roma Tre, Fear and Loathing of the Online Self developed over two venues and as many, intense days. There was really too much good stuff to recap in only one post, so I’ll just put down a few notes about my personal highlights.

Socio-political Implications of The Selfie

The premise of the event was the changing perception of the Internet, from a space for liberation to one of self-indulgence. The Selfie was thus one of the two main protagonists: not only as a sign of rampant narcissism, but a popular format of expression imbued with ideological implications, worthy of being fully understood.

In this sense, Olga Goriunova delivered one of the most compelling presentations. The scholar described how the selfie turns the face, a sign of authenticity and the mark of one’s being, into a technical and cultural fiction. According to Goriunova, the notion of an authentic identity enables a society of control, one in which this paradoxical form interlinks life itself with art and data infrastructures. Our faces become material for algorithmic analysis, validating the conversion of authenticity into indexical truth and algorithmic objectivity.

Such operationalization of the body encourages a shift from causality to correlation, a theme Wendy Chun linked to increasing informational and physical segregation. The habitual new media theorist argued in fact that networks creating real life echo chambers are nothing new, however she stressed how homophily has moved from being a problem to a solution, justifying the persistence of inequality and redefining hate as love.

In terms of hostility, Rebecca L. Stein’s analysis of the militarized selfie as a digital genre that combines apparently harmless content with political messages was super interesting. Stein showed a variety of Instagram photos posted by Israeli military, pointing out how regular duckfaces and poses mingled with anti-Palestine slogans and belligerent hashtags. The scholar outlined the phenomenon within a wider investigation of fake news rhetoric and amateur online forensics as tactics of repudiation of Palestinian oppression.

Stein’s sharp political perspective was followed by an equally compelling contribution by Fabio Cristiano and Emilio Distretti, who explored the subtle ways in which the Pokemon Go app erases conflict and Palestinian landmarks in East Jerusalem. By overriding the controversial occupation with a smooth virtual territory, the game de facto provides a “diminished reality” experience to the user, instead of an augmented one. 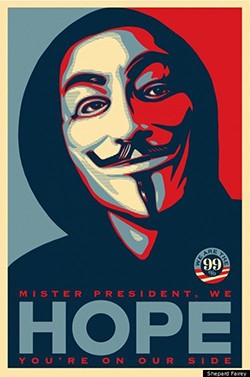 While the Selfie absorbed many of the subject-oriented arguments presented, the other big protagonist of the conference was the Mask, the logical counterpoint in terms of subject dissolution. Predictably, it was mostly represented by the Guy Fawkes icon most of us knew through Alan Moore’s V For Vendetta and turned current by its deployment as the semi-official face of Anonymous. The shape-shifting hacktivist collective was the subject of several presentations: among others, Gabriella Coleman explained how it eluded being labeled a terrorist organization, while Marco Deseriis mentioned it in his conceptual investigation of the “condividual” as a heterogeneous assemblage of dividuals.

Jodi Dean’s take on the “commoning of faces” took another angle. The philosopher fleshed out a theory of “secondary visuality”, a feature of communicative capitalism that results in the appropriation of image and text and converts them into a sort of external body language, a non-individual form of self-expression. For example, people use celebrities or memes to express their own feelings and reactions, drawing from a pool of shared imagery in a way that, according to Dean, pushes back against individualism and suggests new possibilities for collectivity.

Artist and object-oriented feminism theorist Katherine Behar approached the multiplicity of the subject from a different perspective, taking the infamous case of Cambridge Analytica and the rise of psychometrics in general as an example of the objectification of personalities. As our psychological traits are extracted through online tests and aggregated, Behar argues, attributes become objects and the traditional notion of the self is eroded, disappearing in data and engendering “personalities without people”.

The artist showcase that concluded the two days gave a heterogeneous body to all the fascinating theory. The level was very high in general, with a few I remember well enough to report here:

Sarah Newman, who works at Harvard Meta Lab, presented an interactive installation in which visitors can type in anonymous secrets that are then printed out at random just a few feet away.

In his project Yes In Disguise, Simon Boas scraped public Ok Cupid data and isolated answers to specific questions about women and sexual consent in order to highlight the sexist double standards held by many users.

Through her many personas on social media, Marguerite Kalhor enacts certain clichés and paranoias with an improvisational, tongue-in-cheek attitude, using post-internet aesthetics and memetic mash-ups.

In Maintenance Pornography, Antonia Hernàndez tackled the private/public space of cam platforms like Chaturbate by creating small-scale rooms inhabited by her own hands, engaging in playful sexual antics.

As far as online identity goes, the event provided a comprehensive overview of heterogeneous approaches to art and theory, with enough food for thought to last a long time.

This being a research blog focused on the stereotypical quality of identity, however, I did feel there was relatively little discussion of the actual identities/subjects versus the media formats channeling them — which perhaps was a curatorial decision to avoid indulging too much in identitarian debate.

To make an example, Jodi Dean’s engaging presentation did not really delve into the ideological content of the images people appropriate as their own in gifs and whatnot, a theme that has been investigated elsewhere by Laur Jackson (whose articles on the appropriation of black bodies and black culture in memes are extremely interesting) and was only outlined by Wendy Chun towards the end of her contribution.

In this respect, I had the chance to get plenty more input at this other event back in the UK, which will be the subject of the next report.