Based in Amsterdam, Uitgeverij De Buitenkant has a long tradition in books about graphic design and typography. Jan de Jong, the founder of this half publishing house, half typesetting and printing laboratory, described his vision of the publishing industry’s future and gave us some clues on what is a book.

Can you tell us about you and De Buitenkant began?

I started De Buitenkant with my partner Chang Chi Lan-Ying in 1978. Two years later we got into offset printing, but we didn’t come out of the graphic industry, therefore we wanted to learn more about how to make books. We started to publish books, translating classical texts about typography into Dutch. The books were mostly by the well-known masters like Stanley Morison, Eric Gill, Jan Tschichold and so on. At the beginning we made these books just for ourselves, but afterwards it became a real profession. We have been in business for about 30 years now.

Are your books still mostly about typography?

Yes, we still focus on books about books. Sometimes our focus is a bit wider, including art in general. Our main business is typesetting and printing, we started the publishing house as a hobby. At the moment both need the same amount of work. We publish about ten books per year. We engage in this process seasonally. 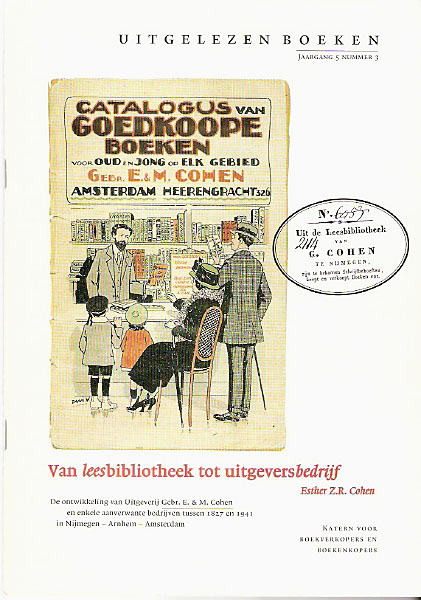 Do you publish anything besides books?

We started our activity with a magazine, a beautiful magazine. It’s called Uitgelezen Boeken, which means “out of reading books”, we started it in 1977 with a colleague of mine who has a second-hand bookshop in Amsterdam. The magazine still exists, we offer it from issue one to the last.

How does the editorial process take shape?

It depends. Being published is often very difficult for authors, so they often come to us and we work with them. But sometimes we take the initiative to publish a book. I can tell you about this very famous thesis about art called Dutch Art Nouveau and Book Design 1892-1903, that was originally published in 1973. It was sold out and it became very highly priced. We went to the author, telling him that we wanted to publish his thesis again. It took five years to get it done. It was a very difficult book and a very difficult process as well.

Do you think it had to do with the nature of the content?

Not really… In this case there was a collection in Leiden including all the books described in the thesis. So we had to do the photographical part ourselves. However I think this is the longest period that we had worked on a book.

Did the publishing process change at all in recent years, maybe due to new softwares and faster printing options?

Yes sure, we started with a composer which is still here somewhere. It’s a memory of the eighteenth century’s science. In the back, we also have a darkroom for negative film. In the last thirty years a revolution took place. Now we work with PDF’s and we don’t make plates here anymore. They’re made in Amstelveen.

Which softwares do you use?

Do you promote you titles online?

We have a website, but we believe that you have to see the book as a book. Also, every half year our customers get an update, which they can print themselves if they want. 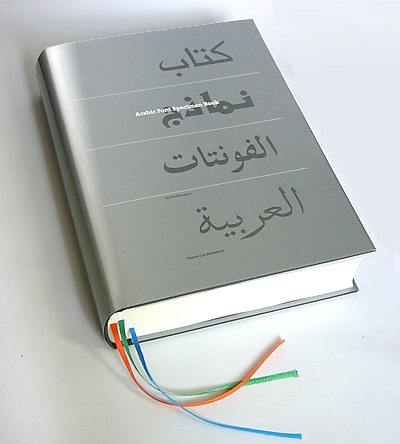 Do you do print on demand as well?

Yes we do POD, not very much though. We have a big book called Arabic Font Specimen Book. We could print it ourselves making only hundreds of it. Through POD we sell it all over the world. This is quite surprising because it’s a book about arabic typography made in the western world. It’s a bound book and not every printer can do that. We recently released the third edition of it in POD.

How do the prices compare between online means and traditional ones?

Online prices are the same as in the bookshops, but one has to pay for the shipping as well. At the moment there are more sales online than in traditional bookshops.

What are the numbers on average?

We sell the most of our books through our representatives, they go to the bookshops and do the market. I think online sales are 1.5 times the ones in the traditional bookshops. But it’s getting bigger than it was. Our english books and the bilingual ones are selling more at the moment.

Do you have any book which is available for free online?

No. It’s not our business, we try to make books as objects.

Do you think something is taken away or lost with the digital version of the book?

No, I’m very happy with it. I think it will take a flow more relevant than we can imagine, but we are on the other side of it!

What sort of licenses do you work with?

We don’t have any. The authors are glad to be published and we try to make books that are a bit more than letters on paper. The author produces the content for the book and he brings it to us, then we make the actual book and sell it. When there is some profit we split it in half. The copyright is up to the authors,

Are there authors who ask for specific licenses?

Do you think more flexible and open licenses will become more common in publishing?

I don’t know. You can publish anything but not everything is good enough to be published. You can realize this by looking at free downloads. I don’t think there’s a best seller book for free. Anybody can make a book, but not everybody can make a good one. You need an editor, a designer and eventually a publisher.

Do you see a sort of deterioration in the quality of the general publishing environment?

Making books is a job, you need to study before doing it. You can publish your own books of course, everybody is free to do it, but most of the time you see the result: it’s just not a good book. In my opinion, it’s ok to produce books for free digital download, but it’s better not to use paper. This is true for professional publishers as well, many books don’t need to be printed on paper.

Are there any specific qualities of the physical book that won’t translate effectively in the digital world?

Sure, we try to make books that are more than text on paper. It’s difficult to explain what this is “more” about… but it’s the reason why physical books will survive.

In all these years did you build a community around your work?

I believe it’s very important to gather a community around our business and I have to admit that we’re very bad at that. We have many ideas about it, for example collaborating with young graphic designers, printing their little books and allowing them to display their work and ideas. We produce annual publications for academies also. But it’s not enough. We are too old for developing a community in the new media environment. That’s one of our weakest aspects.

Which platforms would you use for that purpose?

There’s the BNO association for instance, it has around 2000 graphic designer members.

We are readers as well, so most of the time we go our own way and we make the things we want and time often confirms that we are on the right path. The books that we made twenty years ago are still available and selling today.

Can you detect any new or changing roles in publishing?

In regards to this topic the first thing that comes to my mind is graphic novel. This genre is becoming widespread and trendy. In order to design graphic novels you need several skills. It’s about images and at the same time about text and layout.

Have you heard about the Espresso Book Machine?

Yes, during spring we had a stand in a book fair in Antwerpen and the machine was there. We were with a group of small publishers who all make their books in their own way. We saw the difference between our books and the machine’s. For us and all the other independent publishers who were there, the Espresso Book Machine is not a concurrent, it’s just letters on paper, nothing more.

In the past, several big printing companies approached us. They told us that they could do any kind of processing at a very low price. We decided to try and we asked for a particular kind of binding, but they said that they couldn’t do that any longer. They only bound books with the same glue used for airplanes. Then we found another company who was able to do it, because they were binders from the start. Even in POD you find different degrees of quality.

What about ebooks instead?

I think I would prefer those kind of books than the ones made by the Espresso Book Machine. Too much publishing and too many books are being printed and this reflects in the quality of the product.

Do you see POD as a threat to your business?

POD is not a threat for us, it’s a blessing. Because even if we adopt POD, we make books in our own unique way and style.