A few of us are currently in preparation for the “Commoning the Network: Feminist Methodologies” (CN:FM) project Transmediale 2015.

The people involved in this presentation are discussing and debating on the ‘commons’, a concept that has gained traction in recent debates on online culture, expanding this to cultural production in terms of feminist commons. The commonly understood or ‘original’ definition, the term ‘commons’ refers to land that is open for collective use. In contemporary debates the ‘commons’ is more often used in reference to spaces and practices that are shared by groups aiming to question traditional ownership and in this particular case, – that of feminist methodologies as applied to technology –  the focus is to forge an existence outside a common user/system administrator relation.

Comparisons are being made between servers which work in the traditional manner and feminist servers, which may affirmatively deconstruct services which are provided by traditional (or commercial) servers, for example, unpacking the difference between user services in terms of encryption how people sign away their freedoms. Exploring possible ways of archiving information and controlling ones data is of prime importance.

A networked feminist server manifestation will be performed along side discussions and workshops with a ‘feminist’ perspective – that will be quite distinct. Negotiating conceptual and technological understandings about what a feminist run server is, and at times these collaborative activities and purpose, for both client and sys-administrator, differentiate from traditional server administration which often has a more rigid relationship between client and user. The idea is to perform the differences, rather than represent and demonstrate in order to activate discussions into motion.

The CN:FM sessions is a part of the commons programme in the foyer space of House of World Cultures at Transmediale 2015, a continuation from a CIRCLE event in September 2014. In which discussions started with networks and commons, and how feminist approaches can facilitate these concepts, in which Feminist sys-admin servers: systerserver.net, miss-hack.org and others were introduced. There is a core group who have been in discussion consisting of: Penny Travlou, Sophia Lycourious, Daphne Dragona, Helen Varley Jamieson, Cornelia Solfrank, Donna Metlzar, Reni Hofmüller, Nancy Mauro-Flude. 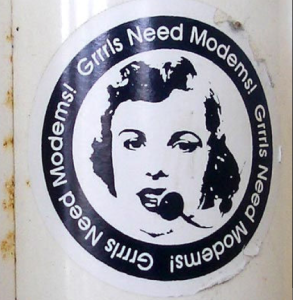 Affiliations include Genderchangers, the Eclectic Tech Carnival and Systerserver (interconnected projects supporting women’s participation in critical technology). In the forthcoming project the focus is on the Female sys-admin server as a way of continuing a number of other initiatives on this topic, such as, the Ministry of Hacking project in September 2014. This project that worked on making visible networks of female centred technologists and how agency is taking place in other ways. Another organisation mentioned was the gender and technology institute which advocates how a feminist internet needs many pre-requisites to become true, one of them articulated was autonomous infrastructures such as feminist servers. 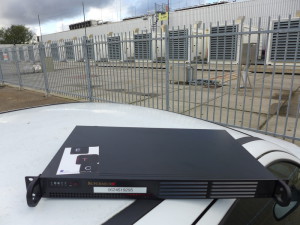 The manifestation at Transmediale will consist of 3 parts:
0) circle discussion among participants around strategies of privacy and how to articulate this in a way that goes beyond the general discourses currently
circulating
1)  sys-0 network manifestation [currently being brewed up watch this space]

2)  hands on ‘workshop’ – what kinds of TOS might we want to have for a feminist server?

de/re/construct services – explored technically (privacy & security issues, what is kept on the server & how, who has access to that? & what services are offered, e.g real-time communication vs data storage/hosting?) http://tosdr.org is a great tool showing in what way EULAs are non-negotiable, as feminists we want to be independent free souls. Maping feminist technology server projects
3)  wrap up presentation

What are the differences between feminist approaches to security and privacy?

Working with virtual and remote servers, technically and conceptually, the idea of the feminist sys admin server has been used in discussions about forms of organisation and collaborative work. These conceptual/critical issues are brought forth, this differentiation is first performed instead of demonstrated, as a corollary for more technologically orientated issues. By making comparisons between servers which work in the traditional manner and feminist servers may affirmatively deconstruct services which are provided by traditional (or commercial) servers, for example, unpacking the difference between user services in terms of encryption how people sign away their freedoms.

Don't mess with my settings: Do not disturb my circles (Noli turbare circulos meos)

Radically questions the conditions for serving and service