The 2015 Underbelly Arts Festival takes place August 1 – 2 on Cockatoo Island, Sydney Harbour. It showcases some of Australia’s boldest new voices in contemporary art, in a festival context unlike any other.  A part of this is Island Salon which features an exhaustive array of women artists working across a broad spectrum in an immersive, island-inspired cinema installation. Created by a truly interdisciplinary group of filmmakers, artists and curators, Island Salon sets it sights on developing a new underbelly of creative cinema among female artists. This intimate festival-within-a-festival celebrates women in cinema as a thriving yet underrepresented community. 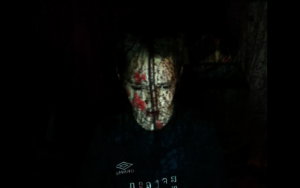 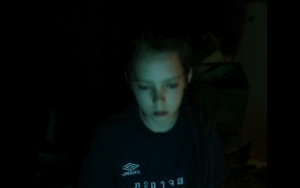 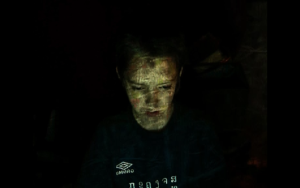 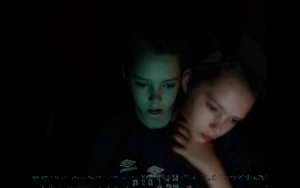 Aerith’s Materia is one of the featured projects it is is a re-examination of an original video work titled Aerith’s Death. Created from a mesmerizing single take of an 8-year-old boy playing Final Fantasy VII, a role-playing videogame that plays out like a Greek tragedy – the protagonist, Cloud Strife, seeking revenge for the death of his love. Aerith, a flower girl, is a central character in the game. Her unexpected death early in the game is considered one of the most shocking in videogame history. In later episodes, spiritual reunions occur with Aerith and are often a leitmotif laden with flowers. Aerith’s transcendental persona has become an icon in the world of gaming.

The original work by Lisa Campbell-Smith, Aerith’s Death explored modes of quiet obsession in masculine communication. The work placed these mechanisms within a wider context of attitudes around gaming narratives. Approaching Nancy and Julia with the video footage as a starting point for collaboration, Lisa gave an open-ended brief for them to consider how to further extend the scope of this artwork.

Highlighting repetitive, ritualistic and quasi-mythical elements in video games, picking up on the leitmotif of what constitutes Aerith’s materiality, Nancy Mauro-Flude extends the concept by merging of code, form, media, and matter in consideration of the material that is being intently observed (or imagined) by the player. Validating layers of metaphysical, personal and cultural meaning that are often lost in contemporary gameplay, the alternative screen resolutions provides the viewer with new opportunities to consider the speculation about this ubiquitous metaphysical character. Encompassing the imperfect notions of human fatality and fragility that the all too perfect digital world often ignores. The performative elements in videogames often manifest through the fictional objects that furnish these worlds that then cut back into the realm of real life.

Julia Drouhin has contributed an original soundscape made of field recordings from a ghost town in Western Tasmania. Utilising silence, intricate layers of drone and extraordinarily detailed location recordings, Julia emphasises the trance like state of the child gamer. The highly natural compositional elements work in contrast to the highly digital visual output. This liminal fantasy is a sound transcription of what could be the transitional and initial stage of a child’s mind, anticipating this vital threshold.

Lisa Campbell-Smith is an artist and independent curator. As a photographer she has collaborated with artists and organisations in Australia and overseas to create digital archives and exhibition content. Lisa has worked on projects at Federation Square, National Gallery of Victoria, Carriageworks and a host of independent programs. Lisa received a Masters of Art Curatorship at Melbourne University in 2011, and has recently relocated to Tasmania to continue her practice. Most recently Lisa curated the exhibition Tender Exotics, held at Contemporary Art Tasmania in May 2015.

Julia Drouhin is a French Tasmania-based artist and curator working with sound since 2003. Co-founder of Radiophonic Creation Day, Julia has been investigating haunted air of ghost towns, phono-memory of Jupiter planet, Disco Ghosts with records made of chocolate or ice, a Gleam Robot that makes the music of colours and curating mini-FM events in France, Spain and Australia. She completed her PhD in aesthetics, sciences and technology on the art of walking and radio events at the University of Paris 8 (2011).

Nancy Mauro-Flude is an artist and theorist. She has curated numerous cross-disciplinary programmes that examine planetary computing and contemporary society in a digital age, fostering experimental methods of pedagogy, somatic movement and radical theatre. Driven by the demystification of technology, and the ‘mystifications’ that lie in and through the performance of the machinic assemblage. Nancy is a researcher at Institute of Network Cultures, Amsterdam University of Applied Sciences and Creative Exchange Institute, University of Tasmania.